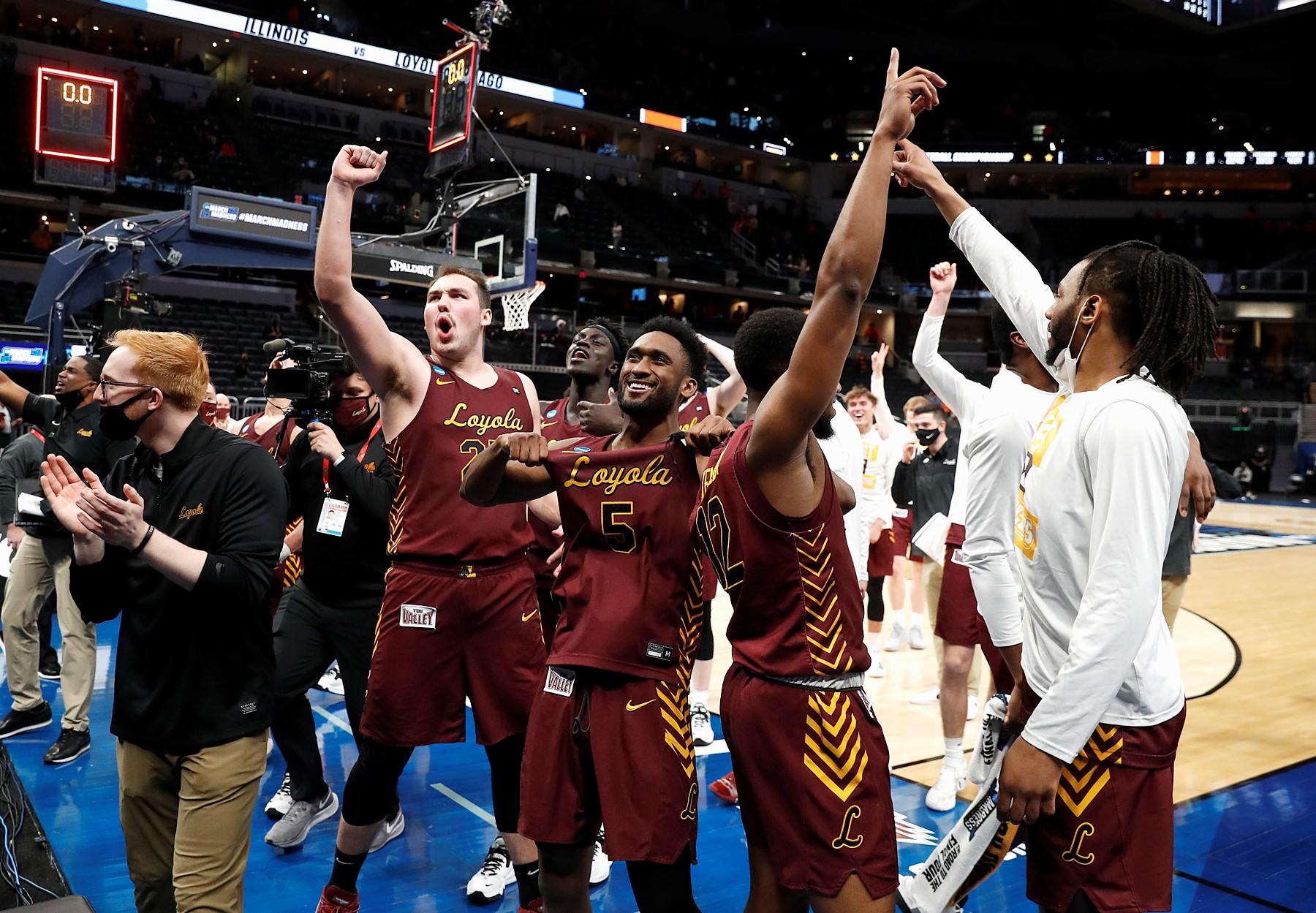 Oh, how we missed the NCAA basketball tournament. The 2021 resumption of March Madness upsets has resoundingly reminded us a year after the COVID-19 pandemic canceled the 2020 tournament.

The 2020 college football post-season, though, played out as if we wouldn’t have missed anything. The College Football Playoff was the same old, same old. Alabama won the national title – this time over Ohio State instead of Clemson. Next year it will probably be Alabama-Clemson.

College football is as probable as the Death Star. Alabama and Clemson have combined to win five of the seven national championships, while no Group of Five school has come close to earning a berth in those seven years of the CFP format.

College basketball is nobody knows how to fill out a bracket. Picking teams by the mascots or school colors is as effective as by their records or seedings.

College football is foreseeable safe picks. It’s Alabama, Clemson and Ohio State along with an additional participant from a small cast of Oklahoma, LSU, Georgia or Notre Dame.

College basketball is two Blue Bloods, Duke and Kentucky, failing to advance to the NCAA tournament despite reloading with another top-ranked recruiting class and Top 10 preseason rankings.

College basketball is Kentucky winning the NCAA title in 2012 and Duke in 2015 with top recruiting classes comprised of one-and-dones. That raised concerns college basketball was headed down the same path of college football with the same old teams. Thankfully, that hasn’t happened. The last four national titles have been won by veteran teams, Villanova (2016 and 2018), North Carolina (2017) and Virginia (2019).

College basketball is the Pac-12 mocked nationally as a weak conference yet advancing four of five schools to the Sweet Sixteen. Its five NCAA bids combined for 10 victories (counting Oregon’s first-round uncontested game as a bracket advancing victory).

College football is the Pac-12 mocked nationally as a weak conference and not advancing to the CFP. The Pac-12’s only two bids in the format’s seven-year history are Oregon in 2015 and Washington in 2017. The Pac-12 has been shut out the past three years and its most storied football program, USC, has yet to earn a bid.

College basketball is Anthony Edwards, the top recruit in the Class of 2019, staying home to sign with Georgia over Blue Bloods. Edwards proved he didn’t have to play for one of a handful of coaches to become the first overall pick of the 2020 NBA draft.

College basketball is Cade Cunningham sticking with Oklahoma State despite the risk of NCAA sanctions preventing a trip to the NCAA tournament. With the NCAA ruling still pending, Cunningham led OSU to an NCAA bid for the first time in four seasons. He is projected as the first pick of the 2022 NBA draft. He, like Edwards, didn’t have to play for one or two coaches in the country to make it to the NBA.

College basketball is Gonzaga coach Mark Few turning down “Power 5” programs so many times earlier in his career that by the time the Bulldogs finished as the 2017 runner-up, nobody wondered why he didn’t try to cash in with a Power 5 job. Few is now in his 22nd season with the No. 1-ranked team in the nation.

Football is Boise State coach Dirk Koetter elevating the program and then failing at Arizona State; Dan Hawkins continuing Koetter’s Boise State success and then failing at Colorado; and Chris Petersen staying eight years to lift Boise State to another level yet not the post-season opportunities Few and Gonzaga basketball reached. Petersen eventually left for Washington and is now retired. Bryan Harsin succeeded Petersen and has left for Auburn.

College basketball is opportunity for the little guy.

College football is the rich get richer.