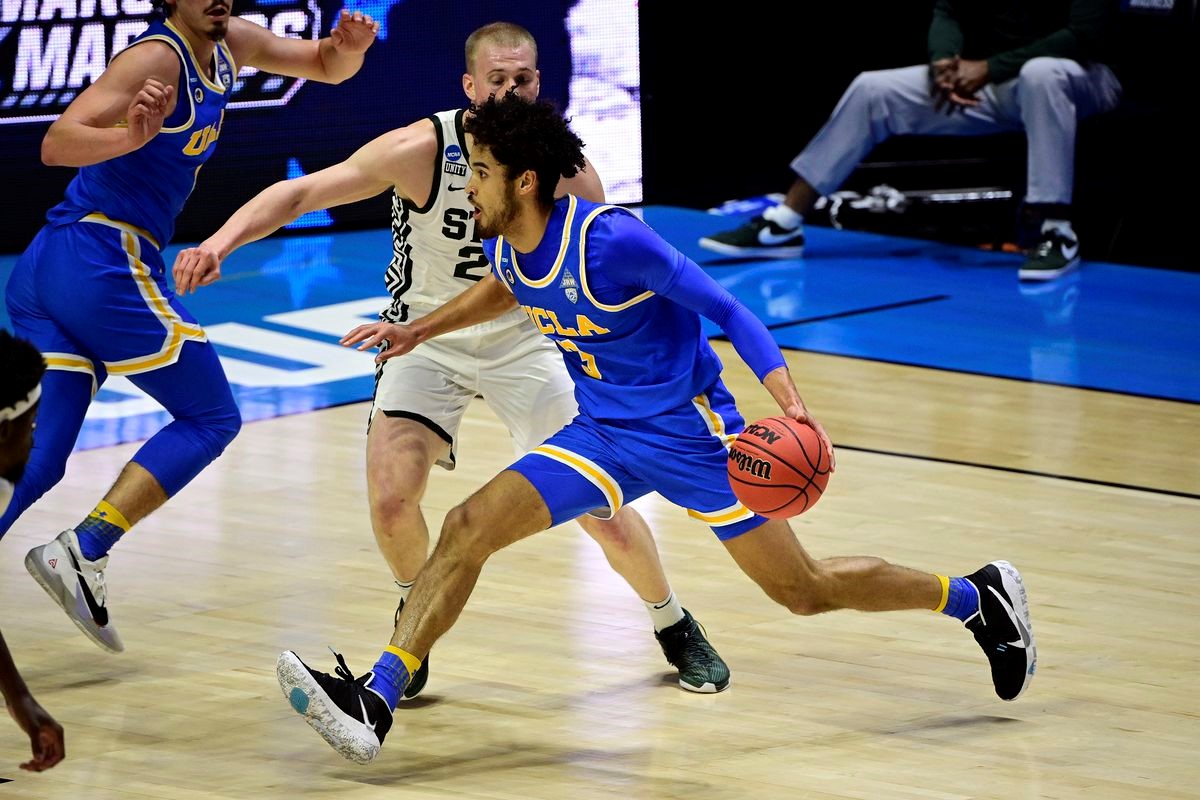 College basketball is refreshing again. The Final Four — on both the men’s and women’s sides – has knocked us off our feet two straight nights, the women on Friday in San Antonio and the men Saturday in Indianapolis.

The climate change has displaced the predictable air clouding the sport through the previous decade. Kentucky has been blown into the background, watching the NCAA tournament with a 9-16 record, and UConn’s women back into the pack.

On the men’s side, too many one-and-dones cycled into Kentucky’s program and were replaced by another class of 5-star recruits on the one-and-done track. Kentucky coach John Calipari had come up with a used car salesmen message he successfully sold that his NBA combine program was their best path to the NBA.

Kids bought it. They followed each other to Lexington like lemmings to play in a basketball arena named for one a college athletics Bull Connor doppelganger, Adolph Rupp. Not even Rick Pitino, another used car salesmen, was able to dupe kids into thinking they had a better chance to the NBA at his school than say a Baylor, Gonzaga, Houston or UCLA – this year’s men’s Final Four field.

By 2021, Kentucky was not only sittingn home, the Wildcats’ players are stinging from Kentucky fans that fill Rupp Arena criticizing them for standing up – kneeling, actually – for Black Lives Matters and other equity issues.

Suggs hit a buzzer-beater from just inside midcourt to lift No. 1-ranked Gonzaga to a 93-90 overtime win against UCLA – an unranked team entering the tournament. Suggs could have gone to a Blue Blood program, but he liked what he saw at mid-major Gonzaga under coach Mark Few.

Juzang, who scored with 3.3 seconds to tie the game for the last of his 29 points, had the spotlight until Suggs’ heroics. This is the same Johnny Juzang that grew up a UCLA fan in Tarzana, California, just up the road from the UCLA campus. Yet somehow Calipari convinced Juzang the challenges he faced competing at Kentucky was his best path to the NBA.

Turns out playing for UCLA was his best path. He started only two games at Kentucky in 2020. His NBA stock shot up the charts with his NCAA tournament scoring explosions: Michigan State, 23 points; BYU, 27; Abilene Christian, 17; Alabama, 13; Michigan, 28; and Gonzaga, 29.

”UCLA, we’re not a Cinderella program,” Juzang said in the post-game media session. “I think that those days are behind us. We’re still in the legacy. So much history here, and I know that’s what we’re here to do and Coach Cronin is here to do.”

It’s amazing he ever thought otherwise, but that was the power of the message Calipari was selling kids since he arrived at Kentucky in 2009, convincing one-and-done John Wall to leave Raleigh for Lexington as if Wall couldn’t have made it to the NBA elsewhere.

Yes, Anthony Davis of Kentucky’s 2012 NCAA title team was the No. 1 overall pick in the 2012 NBA draft, but playing at Kentucky hasn’t been the reason he has lived up to expectations.

Meanwhile, several players in the 2012 draft have put together better NBA careers than Kentucky’s other one-and-dones that year, No. 2 Michael Kidd-Gilchrist and No. 29 Marquis Teague. They include Bradley Beal, Florida; Damian Lillard, Weber State; Draymond Green, Michigan State; and Kris Middleton, Texas A&M.

On the women’s side it was Connecticut winning national titles back-to-back-to-back-to-back (2013-16). The difference ,though, was Huskies coach Geno Auriemma was legitimately marketing titles, but that was only part of the problem.

UConn’s 2016 team won its games by an average margin of 39.8 points – 88.1 to 48.3. When UConn was on its 2016 march to the NCAA title, the Huskies defeated Mississippi State 93-38 in a Sweet Sixteen game. That sparked a controversy when Boston Globe sportswriter Dan Shaughnessy tweeted the lopsided results were “killing women’s game.”

Auriemma responded his dynasty was pulling along the rest of the sport not unlike UCLA basketball winning 10 of 12 NCAA titles from 1964 to 1975. That was so long ago, the rest of the nation not only caught up, a guy like Johnny Juzang didn’t relate to UCLA as the place to be despite growing up a Bruins fan.

After a year off from post-season basketball due to the COVID-19 pandemic, the women’s crowns another new champion when No. 1 seed Stanford faced No. 3 Arizona in an all-Pac-12 final at 6 p.m. ET on ESPN. Stanford coach Tara VanDerveer won NCAA titles in 1990 and 1992, but Arizona under Adia Barnes is an upstart. The Wildcats are in their first championship game after having previously never advanced past the Sweet Sixteen. Barnes is a 44-year-old in her fifth-year as head coach. She was a first-team All-American pick and Pac-10 Player of the Year at Arizona in 1998.

Climate change in men’s and women’s basketball has proven to be real.