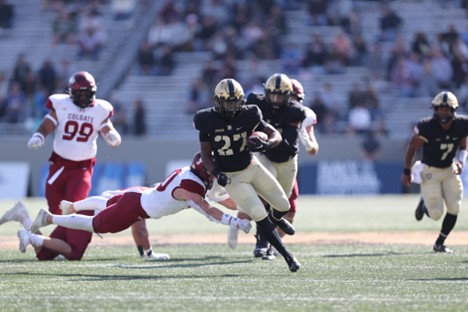 Tom Shanahan is an author, award-winning sportswriter and college football historian focused on the sport’s integration. He earned first-place honors from the FWAA for his story on the 1962 Rose Bowl.

Army’s Markell Johnson sat for an interview after practice just three days after he scored his first career touchdown Saturday in the Black Knights’ win over Colgate.

Among the questions the sophomore fullback answered was how he found his way to West Point from Allenhurst, Georgia, population 584. He didn’t know it when his senior year began, but he had the right friends as coaches at both places.