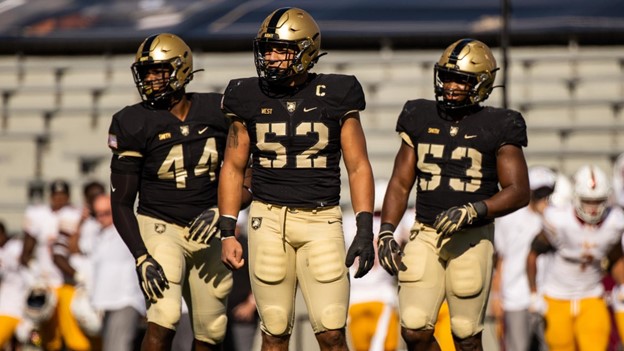 My “West Point Football Report” provides features on Army’s football players. Your subscription fee through Substack and Stripe will be donated, 100 percent, to the Wounded Warriors Project my 501-(c)(3), Books for Sparty. Click on the link below to donate.

The United States Military Academy, a guarded base known as West Point, dates to 1802. Security is tight in these terrorist-threat times, but sports media members can gain a pass.

And once they’re waved onto base, they can proceed to the football facility to watch practice. Compare that policy toward access at civilian colleges across the country.

Media members can drive freely on campus, but the football gates are locked tighter than Fort Knox. Patton’s Third Army couldn’t get past the henchmen of Nick Saban and his dictatorial ilk.

A military post is open to college football, but public universities funded by tax dollars are closed to the Fourth Estate.

Click here for the remainder of the story and the WWP donation link.

NC State fields another team that can beat mighty Clemson

Coach K and Ol’ Roy are “coaching up” their teams