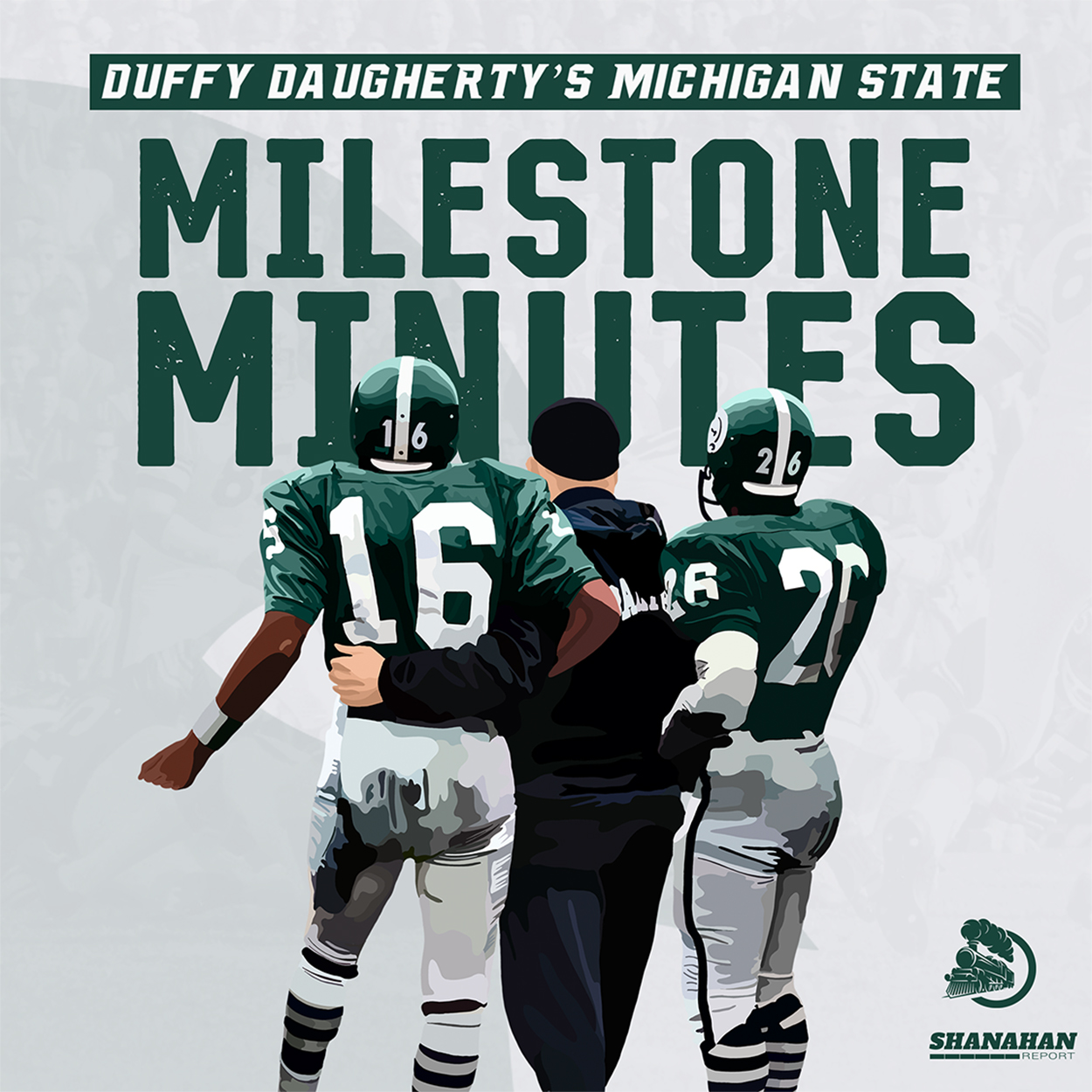 Scroll down to Ken Burns at Episode 7.

MICHIGAN STATE FOOTBALL HISTORY: A river runs through it.

EPISODE 11: The Spartans’ 1962 season marked the first time an Underground Railroad passenger earned All-Big Ten honors and the arrival of the 1962 freshmen class. As seniors in 1965, they won an undefeated Big Ten championship along with UPI and National Football Foundation national titles.

THE 1967 NFL DRAFT that changed the face of pro football.

EPISODE 10: Four of the top eight picks in the 1967 NFL draft were Michigan State players.

EPISODE 9: If Kenneth Walker wins the Heisman, I hope he has some words recalling George Webster and the 1966 Heisman Trophy voting.

CORRECTING ESPN on the record of Duffy Daugherty’s legacy

A conversation with Ken Burns, thanks to the National Sports Media Association.

EPISODE 7: Ken Burns (click on video below) on a Michigan State football as an important story to tell and to understand. And announcement at the end about Raye of Light being adapted into a screen play.

SCROLL DOWN FOR MORE VIDEOS

JIMMY RAYE, the most socially significant Spartan from the Underground Railroad teams.

EPISODE 5: George Webster (click on video below) remains the “Greatest Spartan of Them All.” Notre Dame All-American linebacker Jim Lynch, the 1966 Maxwell Award winner and 12-year NFL veteran with the Kansas City Chiefs, says Webster should have won the 1966 Heisman Trophy.

EPISODE 4 (click on video below): The curious choice of Big Ten football naming its Coach of the Year Award for Woody Hayes and Bo Schembechler. It should be for pioneers — Michigan State’s Duffy Daugherty, Minnesota’s Murray Warmath or Northwestern’s Dennis Green.

EPISODE 3: Bubba Smith (click on video below), the most famous of Spartan of Duffy’s Underground Railroad teams. The inimitable Bubba loved a parade.

Underground Railroad Minutes are videos from Tom Shanahan discussing the historical impact of Michigan State coach Duffy Daugherty’s 1960s Underground Railroad teams. The Spartans set new standards for unprecedented numbers of Black athletes, Black starters, Black team captains and Black quarterbacks. Daugherty’s effort was aided by southern Black high school coaches laying the tracks, sending him their athletes to escape segregation. Michigan State’s success, including back-to-back 1965 and 1966 national championships, led to Alabama desegregating by 1971 and to USC to recruit beyond a half-dozen or so Black athletes. Tom is an award winning sports writer and author of “Raye of Light: Jimmy Raye, Duffy Daugherty, the 1965-66 Michigan State Spartans and college football integration.” The video information is taken from the pages of “Raye of Light.”