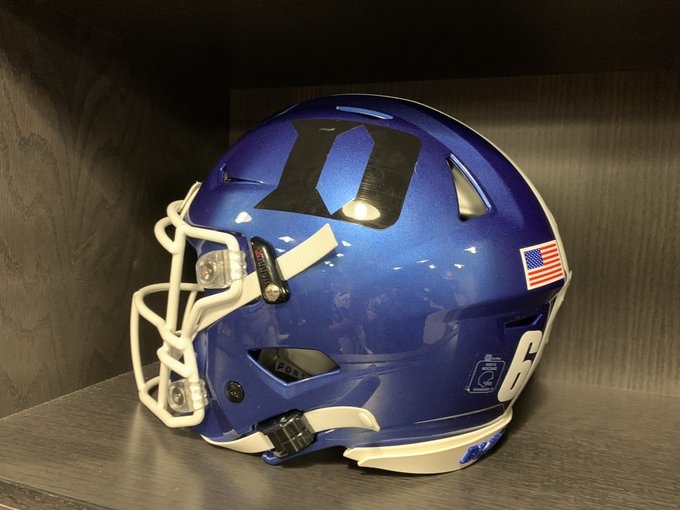 Both essentially have called for a Czar to oversee their sport during difficult times, and a COVID-19 pandemic has been like any other time since the Spanish Flu altered college seasons.

On April 10, Cutcliffe mentioned concern a lack of uniformity would lead to some schools seeking a competitive edge. Some may not follow protocols as strictly as others.

“That’s when people start trying to take care of themselves,” he said. “They take off their college football hat and put on their university hat. I have tried to my best to put on my AFCA (American Football Coaches Association) hat as I listen to people. We’ve got people in New York, Louisiana … people in hot spots and people in new hot spots. It’s important this isn’t done conference to conference. There has to be uniformity.”

No one accused Cutcliffe of not wanting to play the season because his team was predicted to finish at the bottom of the ACC Coastal standings. In fact, Duke could have opted out of the traveling to the Florida State finale that had been rescheduled, but Cutcliffe was so proud of his players following protocols and sticking together through a difficult season he didn’t want to deny them one last game.

Krzyzewski, though, wasn’t received so graciously. On Dec. 8, he said college basketball needs to reassess whether it’s wise to continue playing games during a spike in COVID-19 infections.

Krzyzewski was immediately greeted on social media with criticism, claiming he only said it because his team had fallen to 2-2 with a loss at home to Illinois. Fans are one thing, but then new Alabama coach Nates Oates echoed the same comments.

But the despite the different reactions, Cutcliffe and Krzyzewski are essentially facing the same task. The difference is Cutcliffe has the off-season to assess what wrong this year.

“None of this has gone according to script,” Cutcliffe said Saturday night. “I think everybody realizes that. We’ve got a lot to be thankful for always. It’s difficult to feel that, but we do. What we do have coming back is a very strong nucleus of a team. I’ve been asked a lot about, what are you going to do this, football, this, and to begin with the focus is going to be on strength, conditioning, development, everything that we do and we do well in our program. That’s got to be the focus.”

When that focus can be put to work in a normal setting remains to be seen. A vaccine is now available, but will be widely available enough for the normal spring football and off-season preparations.

Duke basketball, though, is continues. The No. 10-ranked Blue Devils open ACC play on Wednesday at Notre Dame (2-2), although with the non-conference games canceled, the players will have time off until resuming ACC play against Pitt on Dec. 29 at Cameron Indoor Stadium.

Circumstances couldn’t be more the same or different for two Duke coaches and the teams they’re navigating through a pandemic.