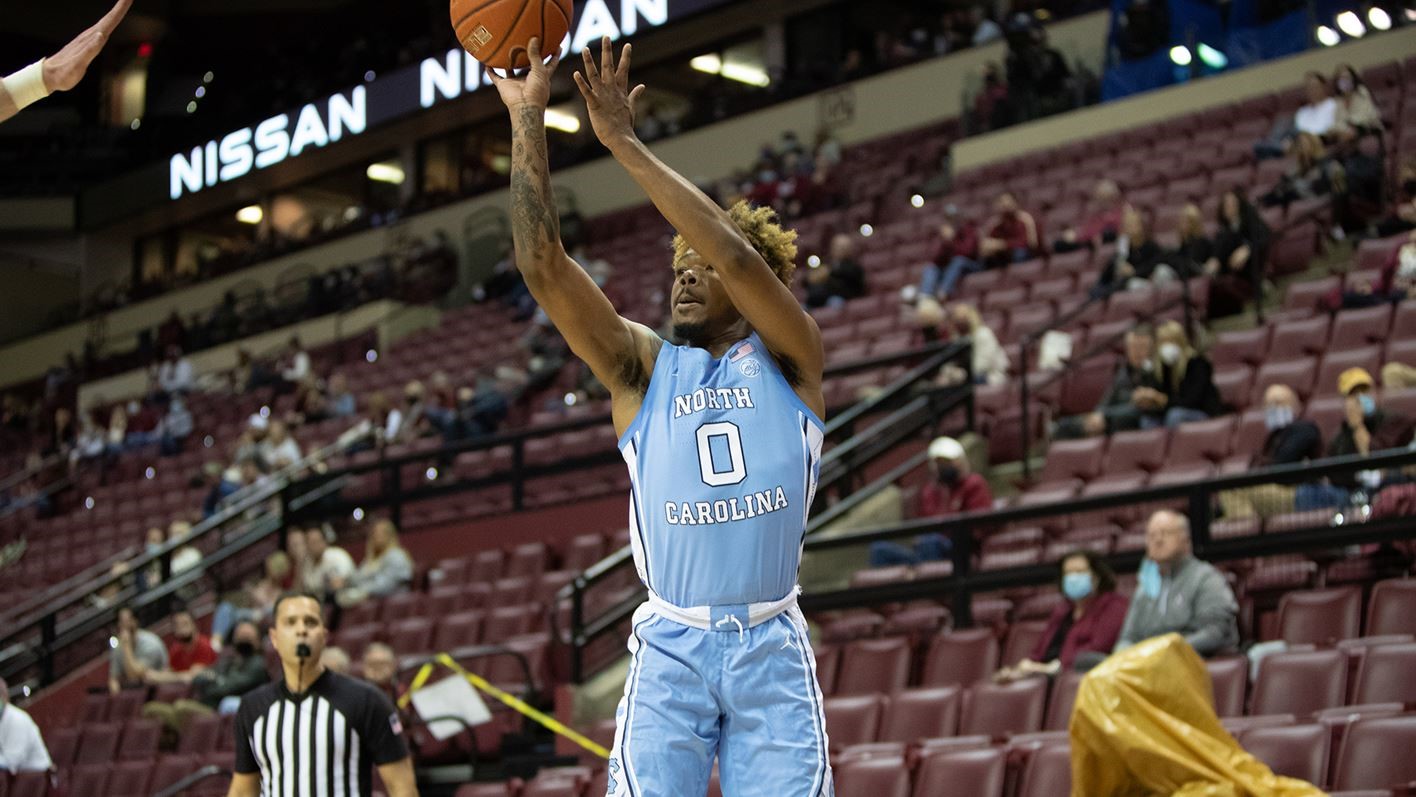 PHOTO (UNC Athletics): Anthony Harris provided the Tar Heels with a spark in his first game in over a year.

Bilas believes the Tar Heels improving and develop into a strong team despite the 82-75 loss to the Seminoles. And that was before Anthony Harris entered the game in the second half with his season debut.

The redshirt freshman guard played for the first time in over a year since suffering torn knee ligaments on Dec. 30, 2019 against Yale. He entered with the Heels trailing 54-43 and 13:39 remaining in the game, replacing Leaky Black after picked up his third foul.

Harris promptly provided a spark, delivering the first of his three assists on a layup by senior forward Garrison Brooks converted into a three-point. North Carolina trimmed the deficit to 62-60 before the Seminoles reversed the momentum. M.J. Walker scored 21 points and RaiQuan Gray 19.

Harris finished with five points, hitting both field goal attempts, one a three-pointer. His three assists shared the team lead with Brooks and Black.

“He plays with a tremendous amount of energy,” Williams said in a virtual post-game media session. “He’s good defensively. I could have played him the last game, but I didn’t think he had enough reps going up and down the court every day in practice. He’s been wanting to play. I think the energy level he has and he added a bonus with the three-point shot. He gave us a lift at the time.”

North Carolina dropped to 8-5 overall and 3-3 in ACC play, while Florida State improved 7-2 and 3-1 as it tries to climb back into the Top 25. The Seminoles were No. 25 before a loss a 77-67 loss at Clemson followed by two postponed games due to COVID-19 protocols. But they were coming off a dominant 105-73 win Wednesday over N.C. State that Williams thought might the best game he’s seen a team play this year other than by one of No. 1-ranked Gonzaga’s romps.

Harris, a 6-foot-4, 196-pounder from Woodbridge (Va.) Paul VI, was a plus-10 in 8:29 of action. No other Tar Heel was better than a plus-2 for the game. But Williams cautioned it’s still too early to predict how Harris can boost an inconsistent lineup still seeking mature guard play.

“I’m not going to play him 25 minutes a game because he’s just getting back,” Williams said. “First time I took him out he asked to come out. His level of conditioning is not game-like and we’ll have to wait and see.”

Three other UNC freshmen guards were together in double-figures for the first time this year. R.J. Davis led the team in scoring with 16 points that matched a season-high, Kerwin Walton hit a season 14 and Caleb Love added 11.

“I was ready to play today,” Harris said. “I didn’t fully expect to play, but he told to stay read. That’s what I did.”

Harris added the interruptions to training created by the COVID-19 pandemic slowed his return to conditioning, but he thinks he now feels confident he can get back to his game of providing energy and vocal leadership on the court.

“It’s great having, especially having him on defense,” said senior forward Garrison Brooks, who finished with 12 points and seven rebounds. “That’s where he really makes a difference for us. It also helps when he makes shots. It’s great to have hi out there.”

My guest spot on PennSports.Live discussing “Raye of Light”