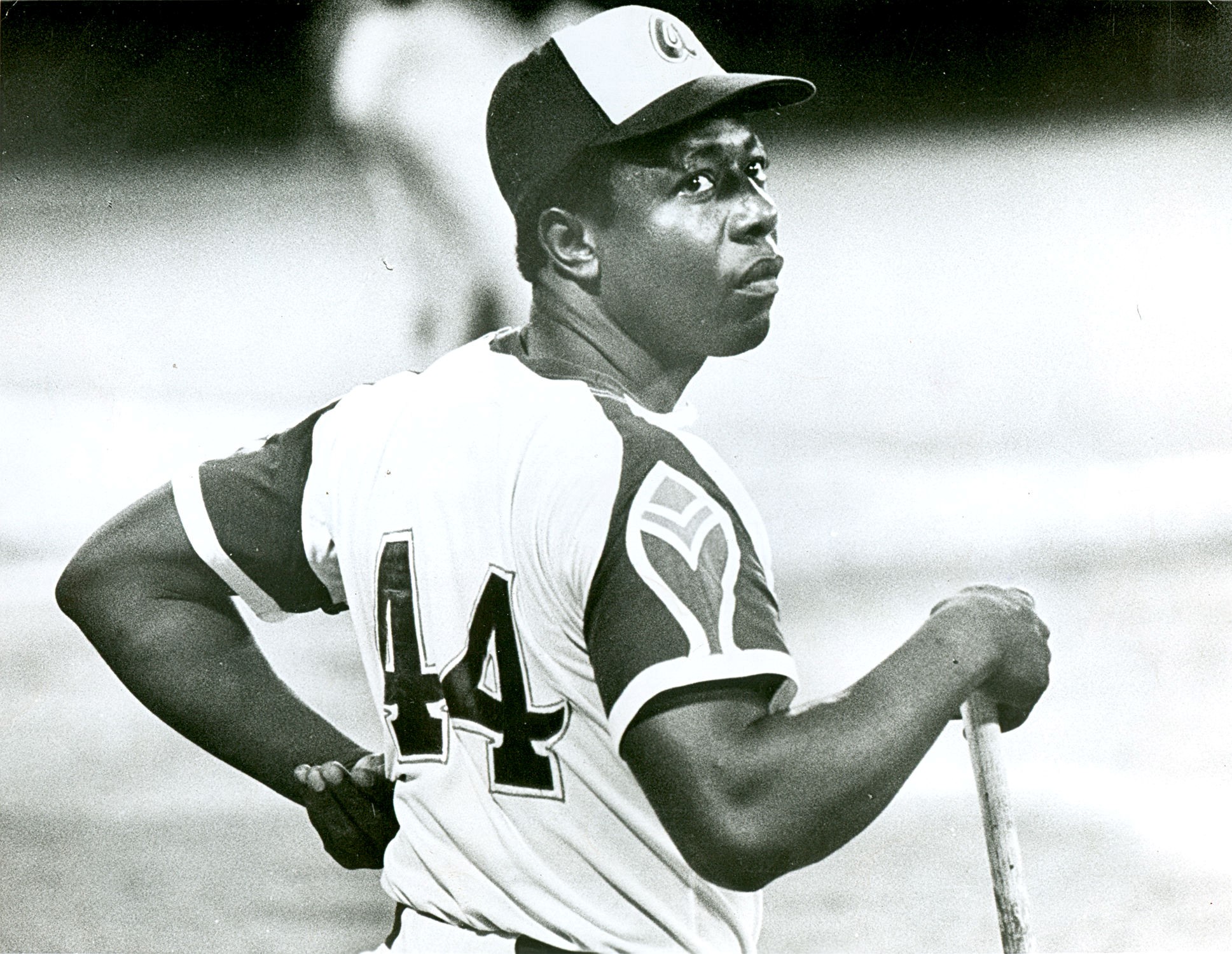 North Carolina’s Garrison Brooks was recruited from Hank Aaron’s home state of Alabama, so the All-ACC forward knows more about the Baseball Hall of Famer and Presidential Medal of Freedom recipient than most people his age.

“He was a true Alabama legend on and off the field,” Brooks said. “My granddaddy always spoke of him. He said he was one of the greatest human beings someone could model themselves after.”

Aaron’s death Friday at age 86 had been announced shortly prior to Brooks taking part in a Zoom interview session. He was asked about the Tar Heels (9-5, 4-3 ACC) playing host to N.C. State (6-4, 2-3 ACC) at 2 p.m. Saturday at the Smith Center.

“It’s a tragic loss for Alabama and the world,” added the senior forward, who is from Lafayette, Ala. “I think Muhammad Ali described him as the only person he aspired to be like and that speaks volumes about who Hank Aaron was.”

Ali, “The Greatest,” actually said Aaron was, “The only man I idolize more than myself.” But certainly close enough for Brooks in a basketball setting answering a non-basketball question off the cuff.

Aaron left his hometown of Mobile, Ala., in 1951 at age 18 to play for the Indianapolis Clowns of the Negro Leagues. That was just four years after Jackie Robinson opened doors by breaking the Major League Baseball color line with the Brooklyn Dodgers.

By 1954, Aaron joined the Milwaukee Braves among the rising trend of African-Americans signing to play in the MLB. One year later, Aaron made his first All-Star team and three years later led the Braves to the 1957 World Series over the New York Yankees.

The franchise moved in 1966 to Atlanta as MLB’s first team south of the Mason Dixon Line. Aaron broke Babe Ruth’s home run record of 714 with his 715th on April 8, 1974 at Fulton-County Stadium in Atlanta. Vince Scully, the Baseball Hall of Fame announcer and fellow Presidential Medal of Freedom recipient, not only exclaimed the record homer into the microphone on the ABC national broadcast, he poignantly included it was done in the South. Atlanta was supposed to represent the New South, but Aaron received thousands of hate mails letters as he approached Ruth’s record. It wasn’t quite yet the New South and still has more miles to travel.

I use Henry Aaron as a basketball example. I love guys who make hard plays and make it look easy. That’s what Hank Aaron did. I don’t like guys who make an easy play and try to make it look it hard. I’ve been telling my guys that for years and years.”

Aaron retired as the home run king with 755, a title he still holds in the hearts of baseball fans (me included, and I was happy to hear Michael Wilbon say so also on Pardon the Interruption) who don’t accept Barry Bond’s steroids-inflated total of 762.

North Carolina basketball coach Roy Williams also had thoughts on Aaron as he met with the media Friday about the N.C. State game.

“I loved him,” Williams said. “I use Henry Aaron as a basketball example. I love guys who make hard plays and make it look easy. That’s what Hank Aaron did. I don’t like guys who make an easy play and try to make it look it hard. I’ve been telling my guys that for years and years.”

Williams was born in 1950 in Asheville, N.C., and in the years he grew into a baseball fan, the Yankees dominated TV coverage. But it also was a time when fans like Williams knew as much about other players rarely seen on TV’s Game of the Week. They tracked players by newspaper stories and box scores, gaining more information than fans do now through ESPN highlights.

“Mickey Mantle was my favorite player. I grew up in an era with Mickey Mantle, Hank Aaron and Willie Mays. I loved watching those guys. Hank Aaron was one of the best of all time and never really got true appreciation for what he did. No steroids or anything like that during that area. Fantastic player. Everything I ever heard about him my entire life was that he was a fantastic person, and I loved that part of him.”

“He was trying to get people to understand this is OK,” Williams said. “According to news reports that I watched last night, that was one of his goals — to get more people of color to take the vaccination. He was a leader in our sports world but also in our society.”

Williams, using a sports metaphor, added he respected Aaron for the “way he handled himself, even down the stretch.”

TWO OF MY PERSONAL STORIES

In late September 1975, the Milwaukee Brewers played in Detroit. Myself and some Michigan State Wonders Hall dorm friends traveled for a midweek night game at Tiger Stadium, knowing it was one of the last chances to see a the home run king.

He had started his career in the National League with the Milwaukee Braves before the franchise moved to Atlanta. He return to Milwaukee with the Brewers was a chance to see him in American League parks.

We got there early, and Aaron was playing pepper with teammates. We watched from the front row. I can remember seeing his face joyfully smiling with his younger teammates. I don’t remember how he did at the plate that not, but I can picture that scene vividly … felt like he was looking right at us.

Another Aaron story that has stuck with me over the years was from my days as a sportswriter in San Diego.

The LA Times, probably sometime in the 1980s, had a reflective story on Aaron from his time facing a Dodgers pitching staff that included Sandy Kaufax and Don Drysdale. The writer told a story about the LA pitching coach going through the Braves’ lineup. He instructed the pitchers to throw this guy fastballs, this guy curveballs, etc. When the coach got to Aaron, all he said was, “Just try to keep it in the park.”

Raise your awareness, take a closer look at racism in American sports