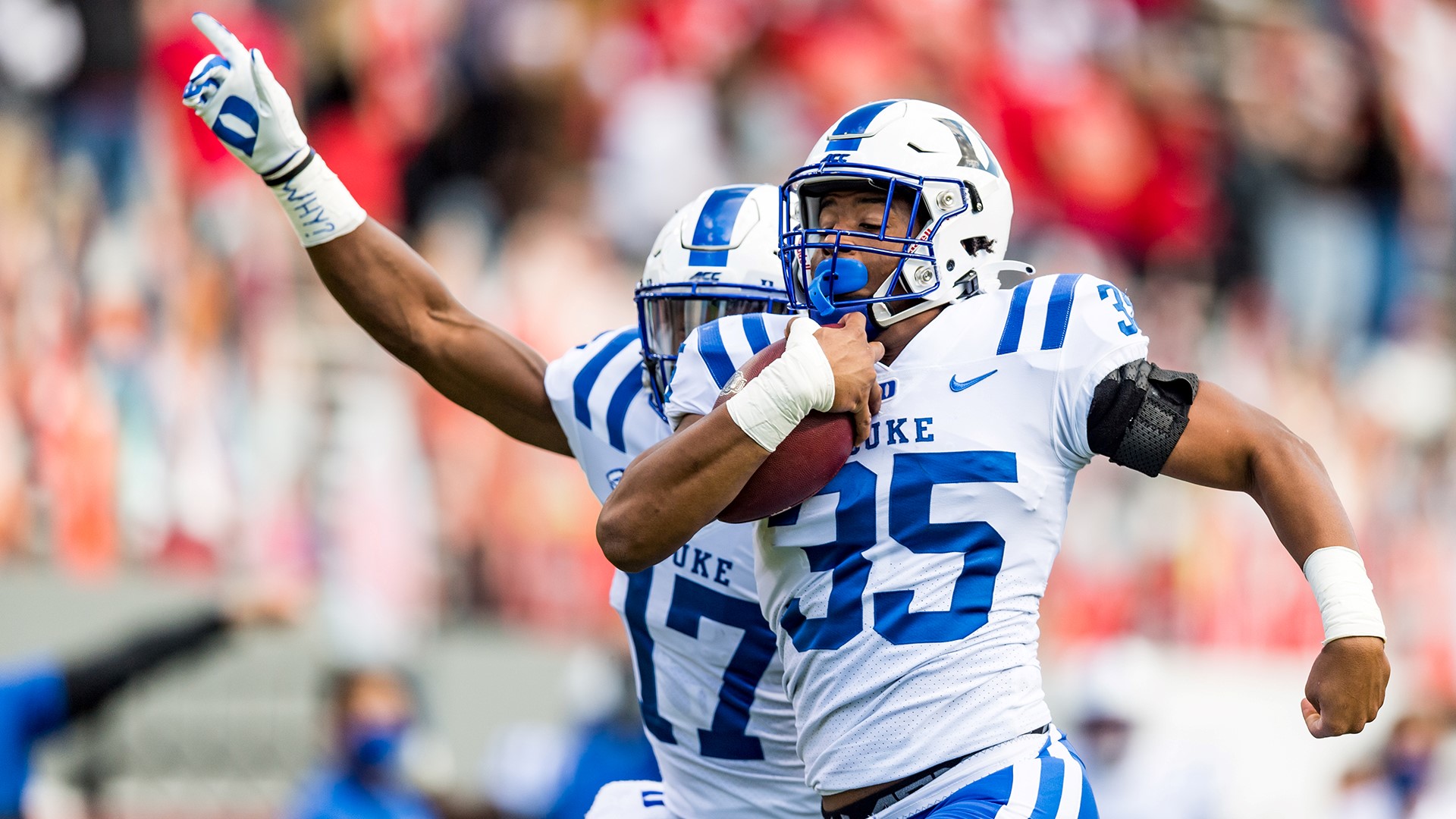 The old coach knew what he was talking about on Saturday morning.

“Somebody knows something,” said Corso as he predicted a Duke upset.

Despite N.C. State (4-1) winning 31-20 over Duke (1-5) on Saturday at Carter-Finley Stadium, the Blue Devils could have proven Corso prescient if they hadn’t let so many opportunities slip through their fingers.

Duke capitalized early on a blocked punt that Dorian Mausi returned 32 yards for a touchdown in the game’s first six minutes, but the Blue Devils soon failed to capitalize when positioned to take a 14-0 lead.

Following the kickoff, N.C. State’s Zonovan Knight fumbled on third down; Duke’s Leonard Johnson recovered at the Wolfpack 15. On second-and-9, tight end Noah Gray was wide open at the goal line, but quarterback Chase Brice overthrew what needed to better touch pass. On the next play he forced a pass over the middle that was intercepted.

In the third quarter, with Duke clinging to a 20-17 lead, Derrick Tangelo forced a fumble on a sack of N.C. State quarterback Devin Leary. Duke’s Drew Jordan recovered.

Another seven points wasted. Duke with 14 more points was what “somebody” and Corso had in mind.

“We can still win a lot games,” Duke coach David Cutcliffe said. “We have to play better on third down. We lost on both sides of the ball there. We did that well at Syracuse (last week’s win), but we’ve struggled with it all year. I’ve got to look at what we’re doing.”

Midway through the third quarter, the Wolfpack trailed 20-14 when Leary completed a 20-yard pass to Knight. On the next two plays, he completed a 36-yarder to Emaka Emezie and then a 4-yard score to Cary Angeline.

Duke quarterback Chase Brice’s long pass of the day was 18 yards. He was 24-of-40 for 190 yards with three interceptions. He had a run of 23 and 86 for the game, although he’s not known as a running quarterback.

N.C. State only outgained Duke 355 to 319, but the explosive plays positioned the Wolfpack for three offensive touchdowns and a field goal to go with a blocked punt for a touchdown.

Duke’s defensive line limited N.C. State’s running game to 3.1 yards per carry, but the Wolfpack was able to turn to the pass and exploit the Blue Devils’ thin secondary for key plays.

Duke opened the day playing its fourth straight game without starting cornerbacks Mark Gilbert and Josh Blackwell. As the game progressed, Leonard Johnson left with an injury and Lummie Young was ejected for a hit on Leary.

N.C. State went ahead 28-20 when backup cornerback Jalen Alexander had a pass go through his hands in the end zone on catch that seemed to surprised Thomas. He trapped the ball against his helmet for a touchdown catch as he went out of bounds.

The Wolfpack converted seven of 15 third downs and its only fourth-down conversion attempt.

Leary was 14-of-24 for 194 yards with one touchdown and one interception before he was knocked out of the game in the third quarter with an ankle injury. He is expected to miss next week’s game against North Carolina.

“We probably won’t have Devin for a while,” N.C. State coach Dave Doeren said. “He’s a tough kid. I hate it for him to get injured like that. I know how much this game means to him and this team means to him.”