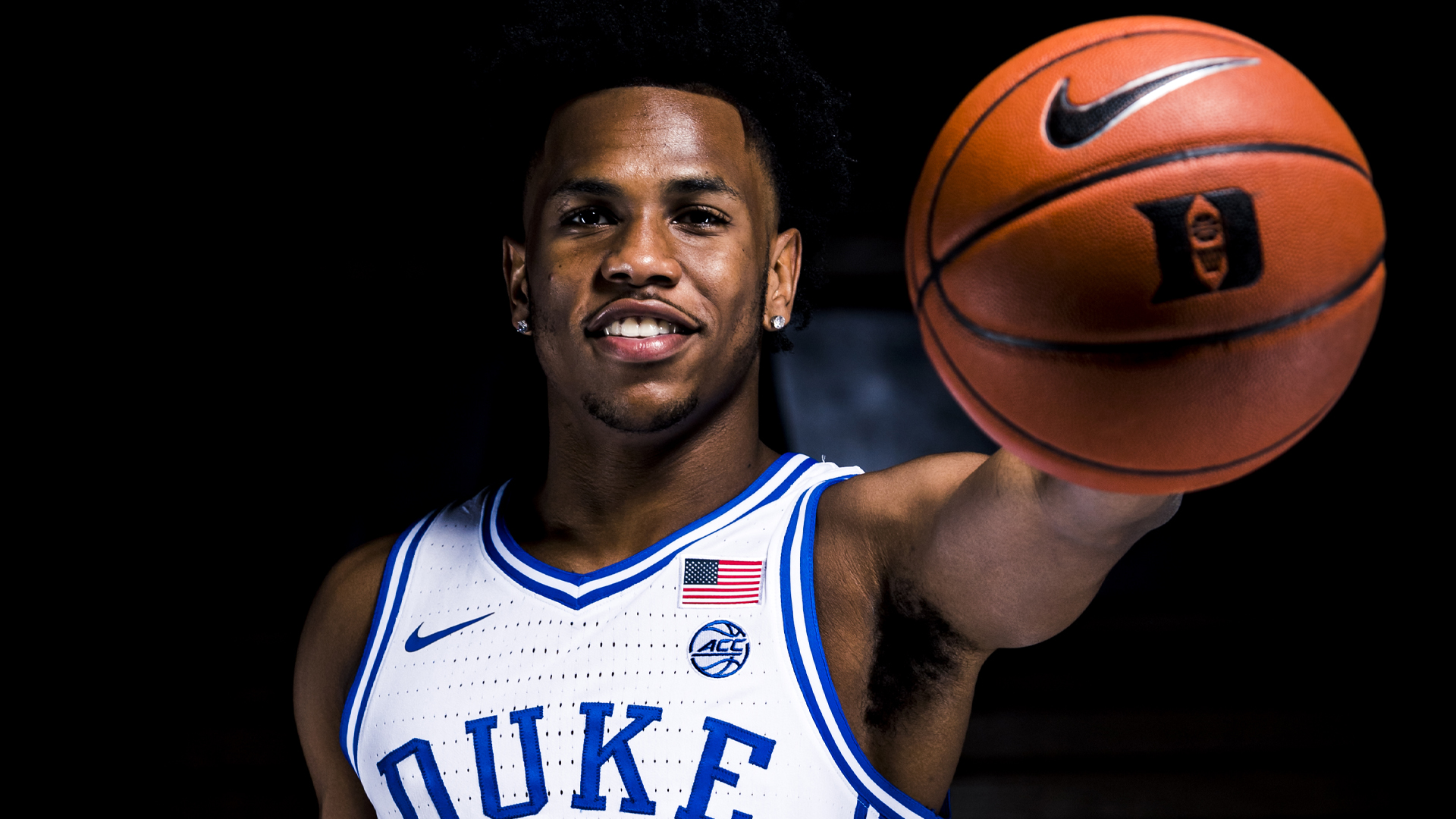 Jeremy Roach’s favorite Duke basketball player — the guy that influenced the 5-star point guard to pick Blue Devils over a cast of others — has two NBA championship rings to go with his national title.

If you’re quickly racing through your mind who that might be, you’re obviously skipping over short-timers without NCAA rings like Kyrie Irving, Austin Rivers, Jabari Parker and more recent one-and-dones, Brandon Ingram, Jayson Tatum and Marvin Bagley.

Better guesses would be Grant Hill, Christian Laettner or Shane Battier, but only Battier among them has an NCAA title and two NBA rings. Battier also carries some glamour as college basketball’s 2001 College Player of the Year. However, Roach’s favorite Duke player topped out on All-ACC teams as a second-teamer in 2015.

The undrafted fourth-year pro first captured Roach’s imagination long before he won back-to-back NBA titles with the Golden State Warriors (2019) and Los Angeles Lakers (2020) to go with his national championship at Duke (2015).

“He played in the same conference as me. We’ve been close throughout the years. I’ve seen him in the gym. I’ve always looked up to him. He’s definitely one of the reasons I came to Duke.”

There’s something refreshing in the Nike- and ESPN-hyped era about an elite recruit sticking with his roots, admiring an athlete as a high school star through his college and pro days. Roach graduated from Paul VI in Fairfax, Virginia, last spring, nine years after Cook’s senior high school season. Cook played at DeMatha Catholic in Hyattsville, Maryland, although he moved on to Oak Hill Academy as a senior, graduating in 2011.

Cook proved himself the ultimate team player as a senior in 2014-15 when he took a backseat. Cook shifted to shooting guard in favor of freshman Tre Jones as the point guard. He accepted his role as the fourth or fifth option behind three one-and-dones, Jahlil Okafor, Justise Winslow and Jones.

The result was a cohesive lineup that won the 2015 NCAA title. And Cook hitting big shots when others were double-teamed.

Cook bounced around the G-League and brief NBA stops before sticking with Golden State in 2018.

In addition to Cook’s influence, Roach has another blue-collar point guard teaching him the Duke way for his first year on campus. Senior Jordan Goldwire is the only player with point guard experience following Tre Jones’ departure for the NBA.

Goldwire was lightly recruited, but he continued to develop his offensive game to go with his defensive prowess. Last year Goldwire was Robin to Tre Jones’ Batman, a role similar Cook playing Robin to Tyus Jones’ Batman. Goldwire played off-guard and took over the point duties when Tre Jones went to the bench for a breather of fouls.

Now Goldwire is working with Roach.

But even before Duke began official practices for the upcoming season, Goldwire and Roach bonded.

“He’s a guy that got me acclimated here and showed me the way,” Roach said. “Showed me how practice goes, how day to day Duke life goes. He’s been a big part of why I came here and big part of my success here.”

Cook will no doubt approve of Roach pairing with Goldwire when they have time to catchup.

“I haven’t had a chance to talk to him after the big finals win,” Roach said. “But I’ll definitely talk to him soon.

My NFF story: Rollie Stichweh serving Army then and now

Coach K needs no introduction, although there was that one night at the Emily K Center