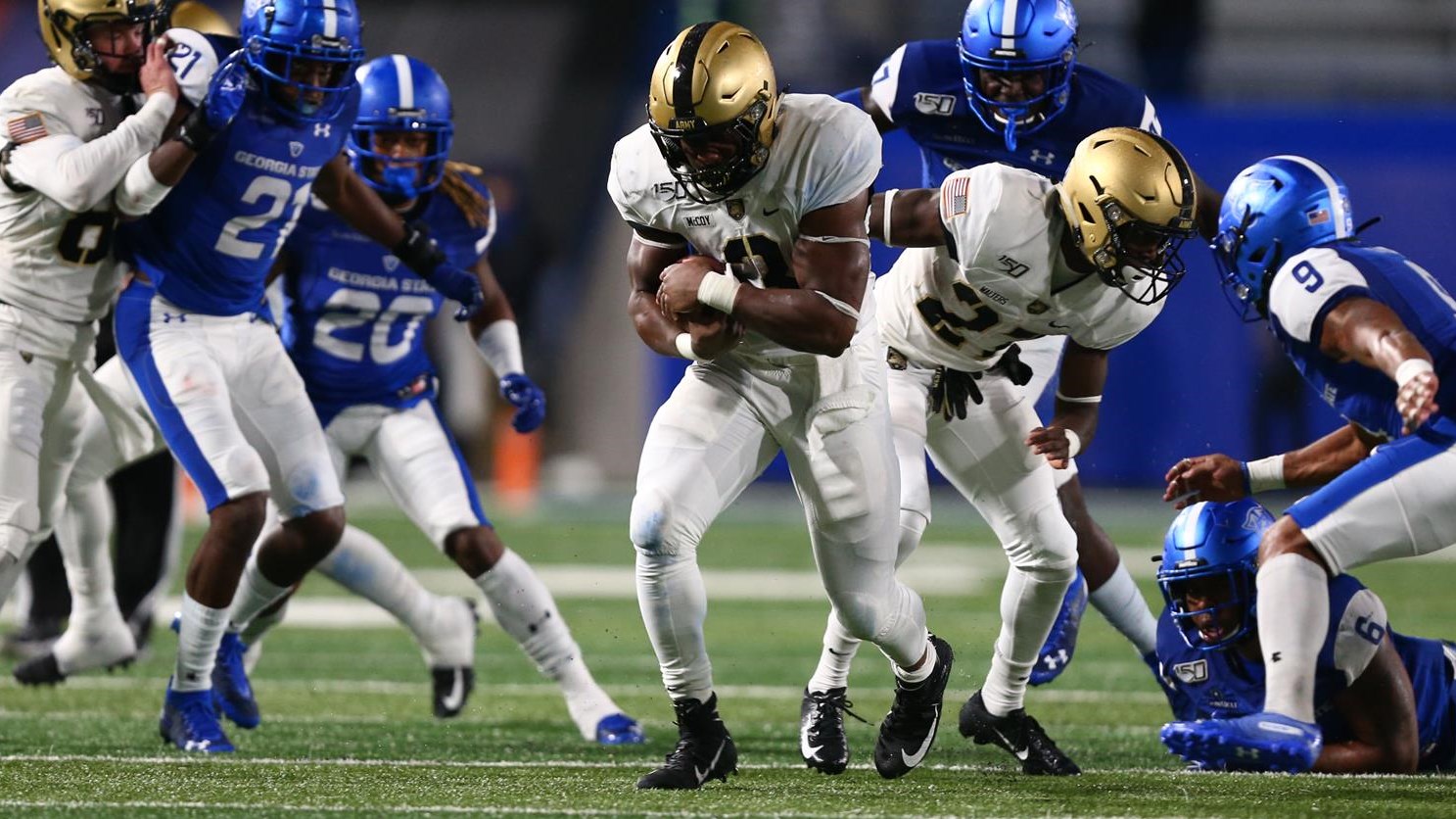 Sandon McCoy is a “Firstie” in West Point vernacular –a senior. In other words, hard work is nothing new.

So, let his first quote to me sink in when the Black Knights fullback says this is the hardest working roster of his college career.

“I haven’t seen the team work as hard as this one – ever,” said McCoy, one of three team captains.

“The offensive line did a great job blocking,” he said. “I just hit the holes and walked into the end zone. On the long drives we were huffin’ and puffin.’ I said, ‘Guys, let’s get it in the end zone so we can go to the bench and have a drink of water.’ ”

“I believe last year was a rude awakening for us,” McCoy said. “We needed to pay attention to the little things, get the details right, pay attention to the fundamentals that our coaches were teaching us. I don’t think we did that last year, and that’s why our season had the outcome it had.”

But no matter 2020’s final record, this isn’t a normal season; the COVID-19 pandemic forced schools to rip up old schedules. Bucknell was the opener, but it’s a member of the Patriot League that canceled its season. Army scheduled a tougher opener against Middle Tennessee, a Conference-USA member.

The home field is always an advantage but not like it is this year for the Black Knights. Fans were limited in the stadium. That meant 4,400 members of the Corps of Cadets practicing social distancing while they were spread out in the 38,000-seat stadium.

“The Cadets always bring a different energy to the stadium, but this was different,” McCoy said. “They brought energy like no other. It was like having the stands full and all the fans were on our side. All the cheers were for us. That was a great part of the game. We consider them 12th Man of our team. And they were.”

This year McCoy is the first man in West Point’s fullback room. In the triple-option offense, one fullback is not enough to handle the punishing position.

“As a freshman all I did was watch and learn from Darnell, Andy and Connor,” he said. “They were all great leaders. It was a tight room and they embraced me, even though I was a freshman.”

Now he’s the senior with young fullback with sophomore Jakobi Buchanon and freshman Anthony Adkins providing added punch. Buchanon is a 6-0, 260-pound bruiser for short yardage plays; he had nine carries for 33 yards. Adkins broke off a 22-yard run to finish with four for 34 yards.

Some aren’t interested in the challenges to face at a military academy and the five-year military commitment; the recruiter moves on. Others are attracted by the security of no college debt and a guaranteed job upon graduation. And if they’re like McCoy, they’re sold upon visiting the West Point campus dripping with 218 years of history and tradition.

“What I liked are the opportunities to succeed if you stay in the Army or you go into business,” McCoy said. “My family stressed education, so it had a lot to do with it. It was an opportunity with challenges. I liked that. I didn’t know what I was walking into, but I wasn’t going to give up. That was my main thing.”

The end zone is, too.