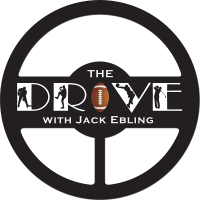 Jack Ebling, host of The Drive with Jack, announced on Monday a 19-part series on Michigan State football history. The series begins July 21 and continues through November, marking the 66th anniversary of the 1966 Game of the Century matching No. 1 Notre Dame and No. 2 Michigan State on November 19 at Spartan Stadium. The game was a seminal moment in college football, drawing a record TV audience of 33 million.

Daugherty’s teams smashed the quotas in place since World War II of limiting Black players to a half-dozen or so on a roster. Notre Dame’s 1966 team had only one Black player on its roster, Alan Page.

I will share the hosting duties with Jack along with Con Demos, a team manager in the 1960s and author of the book, “The Tradition Continues.”

Jack introduces the series at the 12-minute mark.

Click here for “The Drive with Jack” summer series