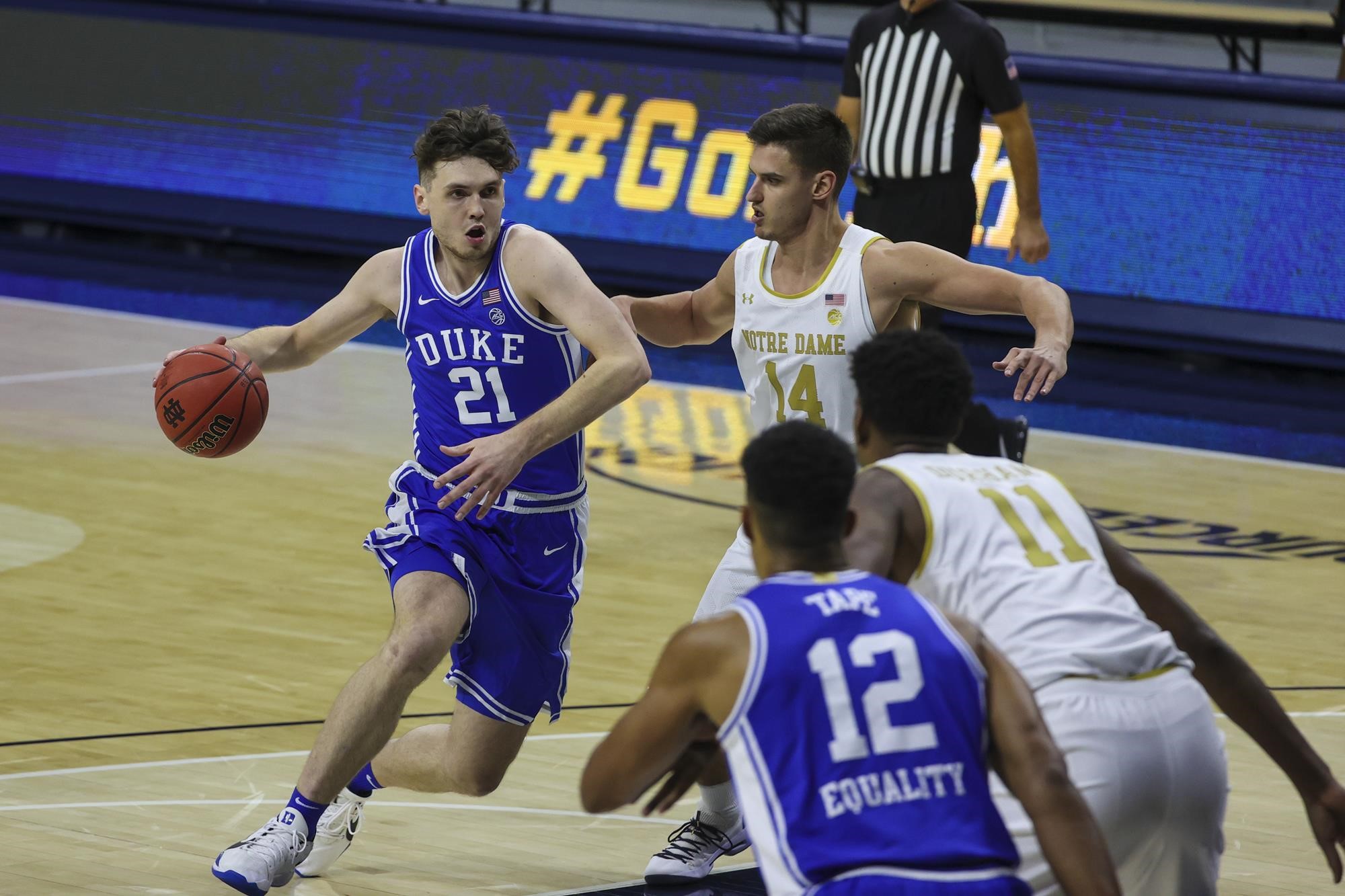 They’re some of the top basketball recruits in the nation, but they also are essentially strangers in this oddest of seasons. The COVID-19 pandemic slowed their transition from highlighting individual skills in AAU ball to executing at the Division I college level.

The eight days without a game — following losses at home to Top 10 teams Michigan State Dec. 1 and Illinois Dec. 8 — turned out to be just what the Blue Devils needed.

“They got better tonight,” Duke coach Mike Krzyzewski said. “I think, too, they’re becoming more and more comfortable playing with one another.”

Krzyzewski started three guards for the first time this year, allowing senior Jordan Goldwire’s steadying influence at the point to remain on the floor with the explosive potential of 5-star freshman D.J. Steward and 4-star freshman Jeremy Roach. The trio combined for 39 points.

“Being able to play on and off the ball,” Steward said of his improving comfort level. “Just moving around and my teammates are hitting me in the right spots. That’s what is helping me. And being poised and letting the game come to me.”

“Jeremy played like a veteran tonight and J-Gold (Goldwire), I think helped DJ,” Krzyzewski said. “DJ hit some big buckets for us. Hopefully we can keep that going.”

The game showed Duke has Top 10 potential after the Illinois loss sobered expectations.

“We’re not any kind of juggernaut,” Krzyzewski said. “We can be a good team, but in order to be a very good team, it’s going to take some seasoning. It’s not like the teams we’ve had last number of years. It’s got to be brought along a little different way.”

The Blue Devils also showed they can adapt to losing a starter, freshman forward Jalen Johnson. He suffered a foot injury in practice and is out for a minimum of two to three weeks until he has an MRI.

“That doesn’t mean he’ll be back in two to three weeks,” Coach K cautioned.

Duke started Matthew Hurt for the fifth straight game and for the first time Patrick Tape, a 6-foot-9, 233-pound graduate transfer from Columbia. Hurt led the Blue Devils with 18 points, five rebounds and three assists. Tape only scored two points, but freshman Jaemyn Brakefield, who has shown more maturity transitioning to the college game than his fellow freshmen, scored 10 points with five rebounds as the fourth player in double figures.

Dane Goodwin led Notre Dame with 25 points, but only one other player was in double figures, Prentis Hubbs with 12.

One reason for the added practice time to for the young team to continue learning to work together was the Blue Devils canceled their remaining non-conference games. Krzyzewski decided his team needed a mental break form the COVID-19 isolation and a chance to return home over the holidays.

Duke returns to ACC play on Dec. 29 against Pitt at Cameron Indoor Stadium.

“Well, certainly, if you look in the secondary and the number of people that we’re replacing over the last couple of years, that certainly has been a big point of emphasis,” he said. “We’ve got a couple of guys pinpointed as running backs as we have gotten thin there. With Deon (Jackson) leaving, there is certainly a need, but really more balanced than anything else.

“But when you look at DB, linebacker, receiver or running back, those were certainly areas where we felt like we needed to make an impact. I think we’ve done that. You can never go wrong recruiting speed and man, we’ve got a bunch of fast people in this class. I should say defensive linemen also, that’s an area we just lost a lot of people. We’ve certainly done well that.”