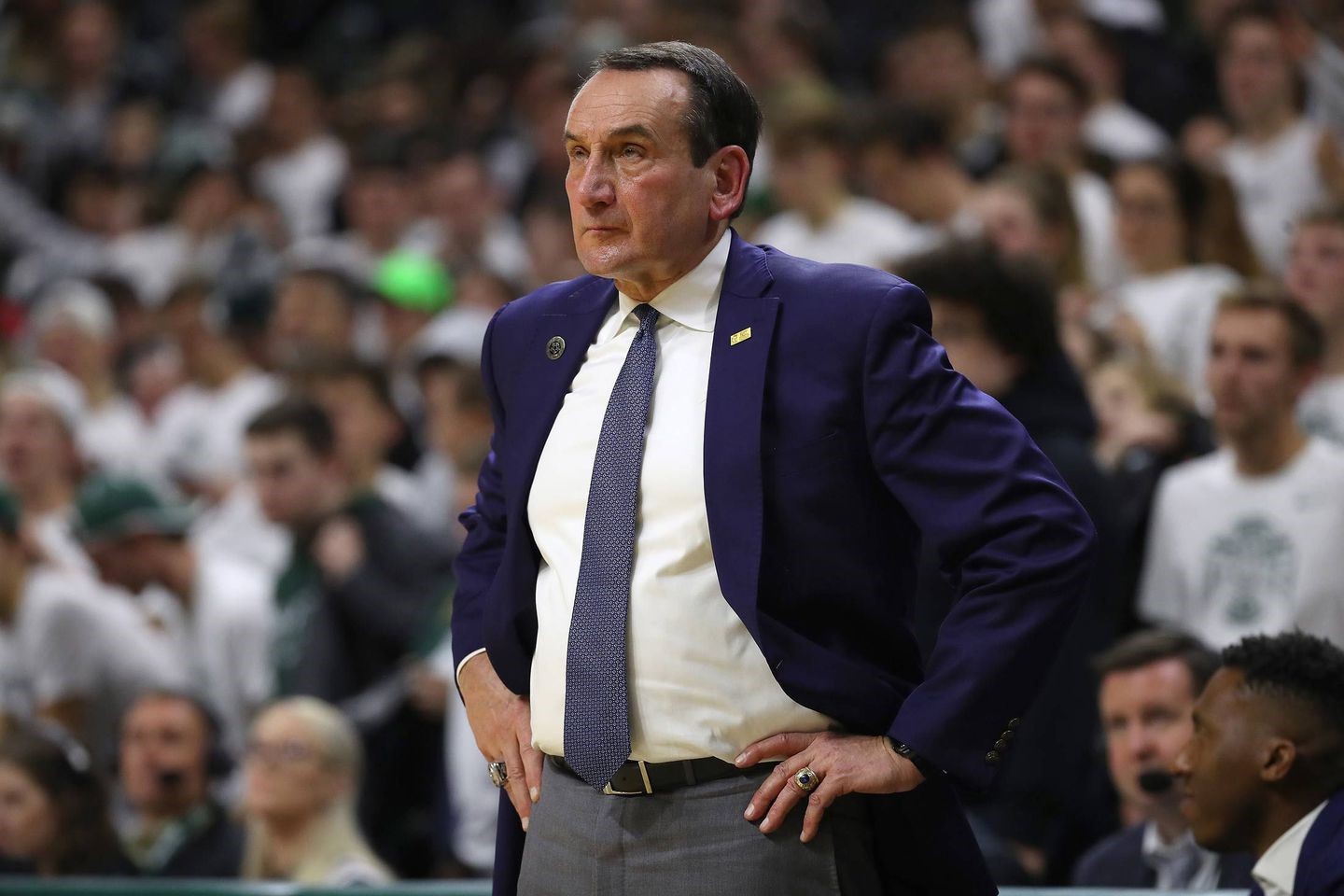 The Duke basketball coach announced on his Sirius XM radio show “Basketball and Beyond” and through a school media release the Blue Devils have canceled their remaining non-conference games.

“This is the best decision we could make as a program, in making sure that we are doing the right thing for our players,” Krzyzewski said in the school release. “This will also allow our team to have time over the holidays to safely enjoy with their families. These kids need to be with their families, at least for a little bit.

“So, we will play the Notre Dame game on December 16, and then allow our team four or five days at home before returning here to prepare for the remainder of our ACC schedule – and hopefully get to play all of them. These kids go through so much, and we need to take care of them.”

Duke plays its ACC opener Dec. 16 at Notre Dame and then players will be off for Christmas break. The Blue Devils resume ACC play against Pitt on Dec. 29 at Cameron.

Coach K had said after Tuesday’s loss to Illinois the NCAA needed to reassess continuing to play basketball with a spike throughout the nation during a COVID-19 pandemic.

The Blue Devils have struggled to a 2-8 record overall and 1-8 in ACC play. They’ve been injury plagued since preseason camp, especially in the secondary, and have been their own worst enemy with 35 turnovers. Florida State also has struggled this year a 2-6 record and 1-6 mark in the ACC.

Despite the disappointing season, Duke coach David Cutcliffe said his team has continued to practice and play hard.

“I hate to use the word ‘deserve’, but these guys deserve better,” he said. “That’s what keeps me up at night, trying to find the answers, the way to bring success, to leave a good taste in your mouth. It’s obviously a big deal because it’s our last opportunity, our last chance.

“Again, I’ll go back to the seniors, those young people. We’ve been around them a long time. They mean a lot to us all. We’re going to do everything in our power to find a way. It is huge.

“It’s huge not only for this team, but it’s huge for our young people that have come in as true freshmen and really hadn’t even gone to college. They’ve just come in and done virtual class and gone to work every day and, you know, done what they’ve done extremely well. I think everybody is ready for a taste of success.”