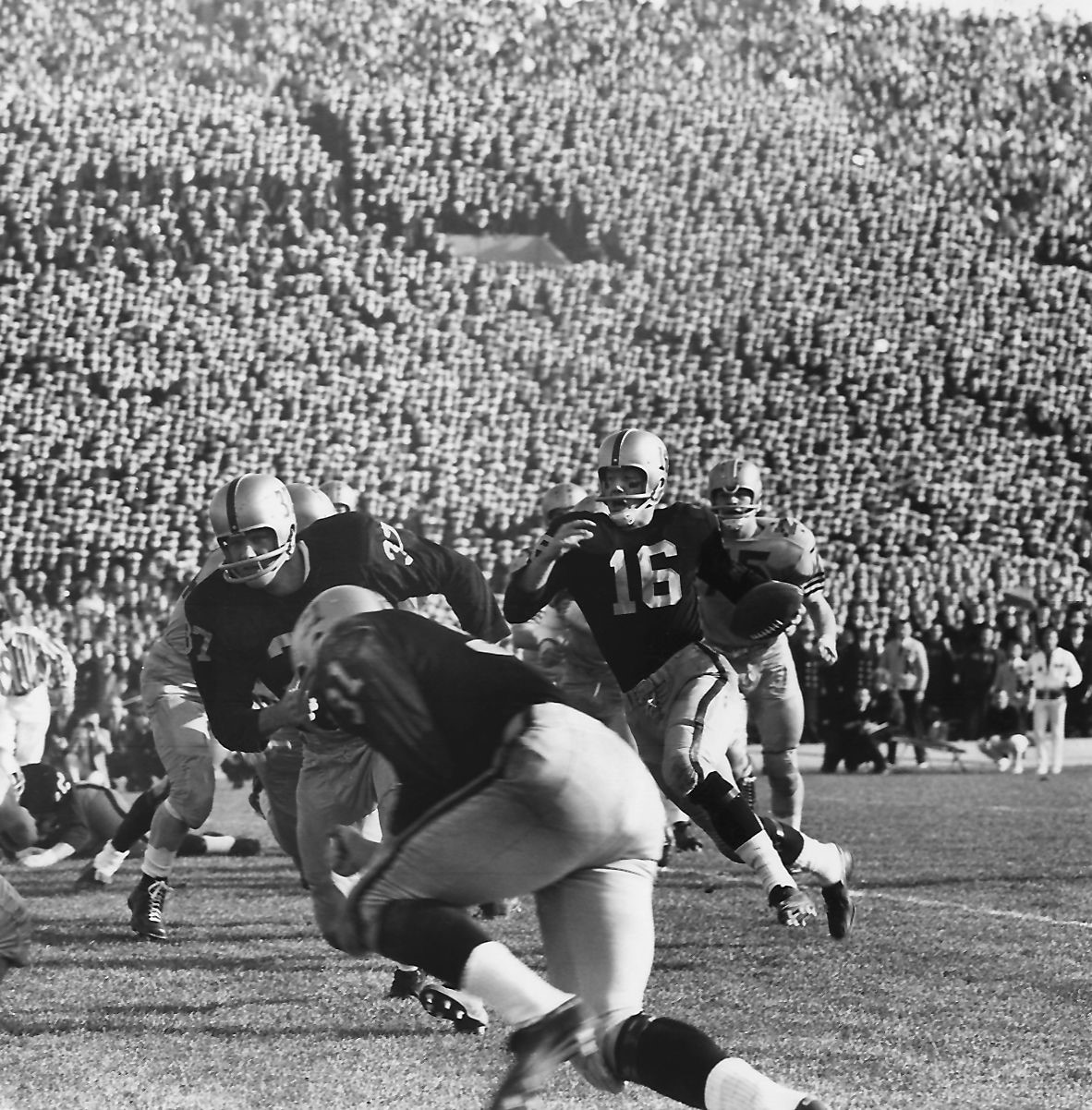 The Army-Navy Game is a time for the old warriors of America’s Game to make friendly wagers, but Rollie Stichweh says 2020 is different. The Army Hall-of-Famer explained his old Navy rivals want homefield advantage points — commonly worth three.

The COVID-19 pandemic, like everything in this history-altered year, has forced the 121st meeting to be shifted from its traditional neutral site. This year’s game was scheduled for Philadelphia, but instead Navy (3-6) is traveling to West Point to face Army (7-2) at 3 p.m. Saturday at Michie Stadium.

“They want points, but no – there will be no points,” said Stichweh, Army’s quarterback rival to Navy’s Roger Staubach in the epic 1963 and 1964 Army-Navy Games. “It’s a straight-up bet as it should be.”

Normally, Stichweh and Staubach, old friends dating to their days attending the rival academies, would meet up in Philadelphia for the annual game. The Army-Navy Ball is held Friday night and gameday is a Saturday afternoon kickoff.

“With this pandemic, I have wondered if members of the current team have had the same kind of uncertainty to deal with. If they have, I say ignore those things over which you have no control and just concentrate on how you can help your team win.”

But about the only Army-Navy Game custom remaining in place is the Cadets and Midshipmen are permitted to attend, 4,000-strong backing each side.

“Like all of my friends, I am thrilled – not with the pandemic – but with the fact that the Army-Navy Game will be at Michie Stadium for the first since 1943, the year of my birth and of many of my teammates.”

But we won’t know for sure this year’s game will be played until kickoff. This has been a year of canceled and postponed games due to the virus positive tests and contact tracing throughout college football.

Navy’s game Nov. 21 at South Florida was canceled due to USF positive tests. The Midshipmen had games against Memphis and Tulsa postponed; Navy lost both makeup dates.

The cloud of not knowing whether a game will be played was something Army and Navy players experienced in 1963 through tragedy. President John F. Kennedy was assassinated on Nov. 22, 1963 in Dallas. The game had been scheduled for Nov. 30, with Kennedy planning to attend for the third straight year, but it was postponed during the national mourning.

The doubt about rescheduling the game wasn’t lifted until Jacqueline Kennedy, the First Lady, and Bobby Kennedy, JFK’s younger brother and the U.S. Attorney General, said the President would have wanted the game played.

“None of us knew if the game would be played,” Stichweh said. “With this pandemic, I have wondered if members of the current team have had the same kind of uncertainty to deal with. If they have, I say ignore those things over which you have no control and just concentrate on how you can help your team win.”

The 1963 game turned out to be one for the ages played before 102,000 fans at Philadelphia’s Municipal Stadium, later renamed JFK Stadium. The edifice was home to many future Army-Navy Games before it was closed in 1989 and torn down.

Army took a 7-0 lead but Navy responded with three unanswered touchdowns. The Midshipmen led 21-7 lead with 10 minutes to play, but they had to hold off a dramatic comeback. Stichweh directed a touchdown drive with a two-point conversion to make the score 21-15. Then Stichweh recovered the onside kick and drove the Black Knights to the 2-yard line.

But Stichweh was unable to get off the snap over the crowd noise as time expired with the scoreboard frozen at 21-15.

The crowd noise was a contrast from the somber silence that opened the game. A 2013 CBS documentary by executive producer Jack Ford, “Marching On,” for the 50th anniversary explained how the 1963 Army-Navy Game — America’s national game before the Super Bowl era — helped the nation heal from Kennedy’s assassination.

As Ford says about the “Marching On” documentary, “we embrace our traditions and our sports traditions … to make us realize we’ll be OK.”

A year later, Stichweh and Army avenged the loss with a win over Navy and Staubach, the 1963 Heisman Trophy winner as a junior.

He served in Vietnam upon graduation in the Central Highlands along the Ho Chi Minh Trail. Stichweh has remained involved with Army football, including serving on ad hoc committees that addressed reasons Army fell behind Navy and Air Force at the turn of the century. The Black Knights won back-to-back Commander-in-Chief Trophies under head coach Jeff Monken in the round robin series with Navy and Air Force in 2017 and 2018.

Stichweh praised Monken and his players for their success navigating difficult circumstances.

“Beyond teaching Army players technical skills for competing successfully on a football field, Jeff Monken and his staff believe it is equally important to teach life lessons,” Stichweh said. “They help guide the leadership skills of these young men as outstanding Army officers and beyond.

“I am very proud of both the coaches and players who have demonstrated resilience when adversity hits. There is no ‘quit’ on this team. When a young quarterback, Tyhier Tyler, began the game fumbling the ball against Georgia Southern, Monken stuck with him, encouraged him to hang in there, and the young man bounced back and led the team to victory. That’s what playing football at West Point is all about.”

Sometimes it’s also about playing through tragedy and a pandemic, and this year with an historic home game.