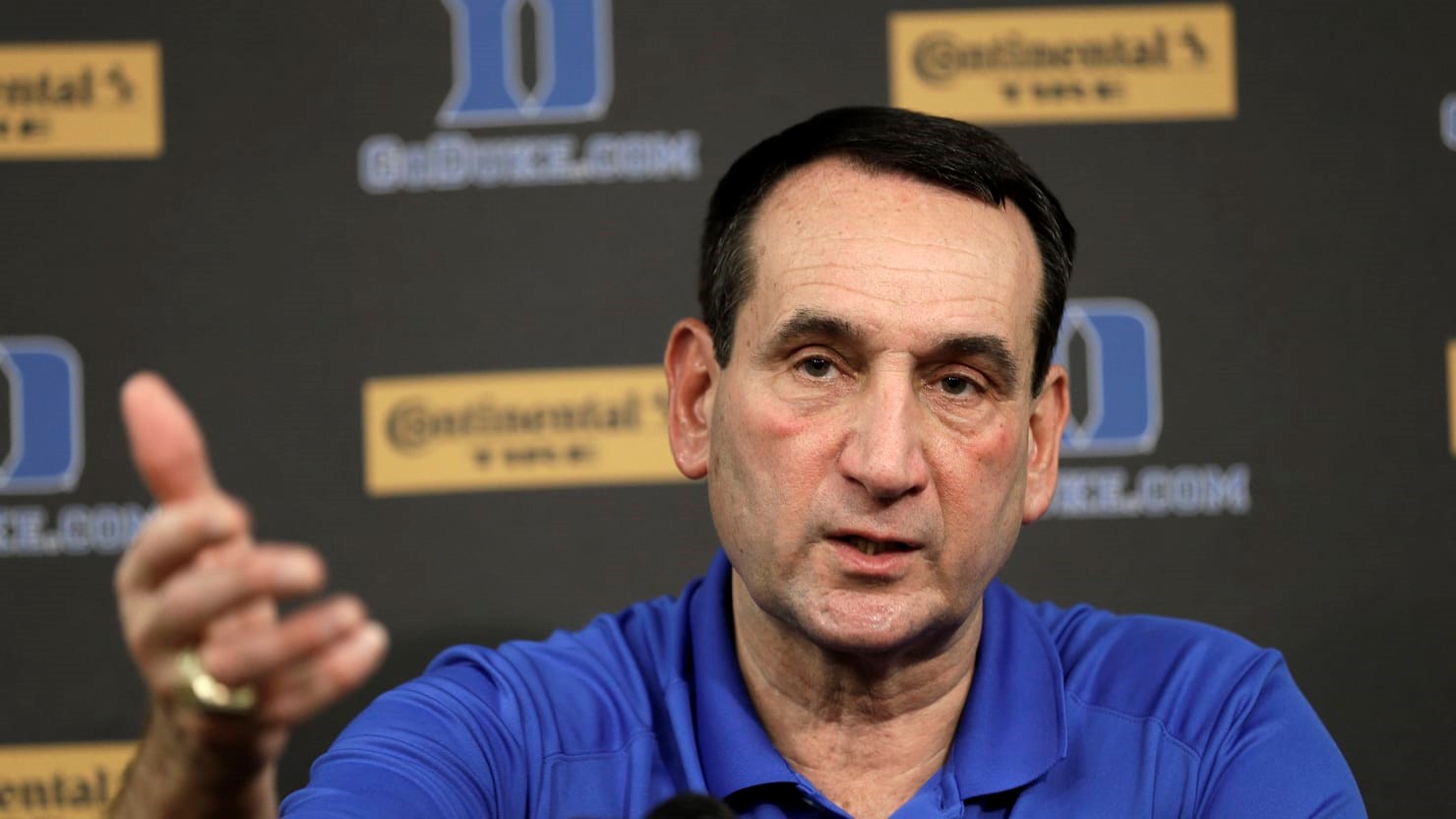 March Madness – in one form or another – is on its way back in 20201 assured Duke basketball coach Mike Krzyzewski in a Wednesday Zoom call. And he likes the team he can put on the floor to chase an ACC title, Final Four and national title.

“We have a lot of pieces,” Coach K said. “We’re going to play an up-tempo game — fast paced. … We’re going to be playing more people than we’ve normally played. But that doesn’t mean it will be equal playing. When you get separation, the guys that separate some will play more. And they will.”

But the anticipation for a new season throughout college basketball depends on how well the sport successfully navigates the COVID-19 pandemic that has already canceled early-season games and tournaments.

Last year’s NCAA Tournament was canceled when the pandemic broke out in mid-March. Krzyzewski has said earlier that the NCAA and schools can’t financially afford to losing the windfall of March Madness provides two straight years. It’s one reason he’s confident the tournament will take place with a national plan following proper protocols.

“The (NCAA Tournament) selection committee has no idea of what they’ll do right now,” he said. “Nothing against them. How can they? So, let’s keep navigating; it’s a changing landscape.”

As a West Point graduate and retired U.S. Army captain, Krzyzewski fell back on his military career for a contingency plans analogy.

“In the military we call it being agile leaders. The ability to show agility. When you show agility, you should also show creativity. And Since we’re on a lot of those ‘Ts,’ we also should have sensitivity. That’s the key thing: We should have sensitivity to the kids playing the game. Making sure it’s as a safe environment and everyone is doing it the same way medically. I’m all for that whatever what we can figure as we move along.”

Duke, as usual, is trying to come together with a new roster after the early departures of three players to the NBA Draft, point guard Tre Jones, center Vernon Carey and guard Cassius Stanley.

“We don’t have as much separation from 1 to 11, but we getting more. They’re making each other better. There is competition because when you go five-on-five you’re going against five other good players. They love one another; they work hard. They’re in the gym all the time.

“Matt Hurt has been terrific. He’s 20 pounds heavier, confident. He doesn’t look as quick as he is, but he is. The last two weeks Wendell has taken a huge step forward. Goldwire has been outstanding; he was outstanding last year. A kid that has come on, especially this week, is Jeremy Roach. But all of them – Joey Baker, D.J. … — have been good.”

Similar to football, teams have had to reshuffle their schedules. Coach K credited Jon Jackson, Deputy Director for Athletics/Basketball and External Events, for forming a 27-game schedule that has yet to be announced. The Big Ten and ACC also are expected to release their matchups in early November.