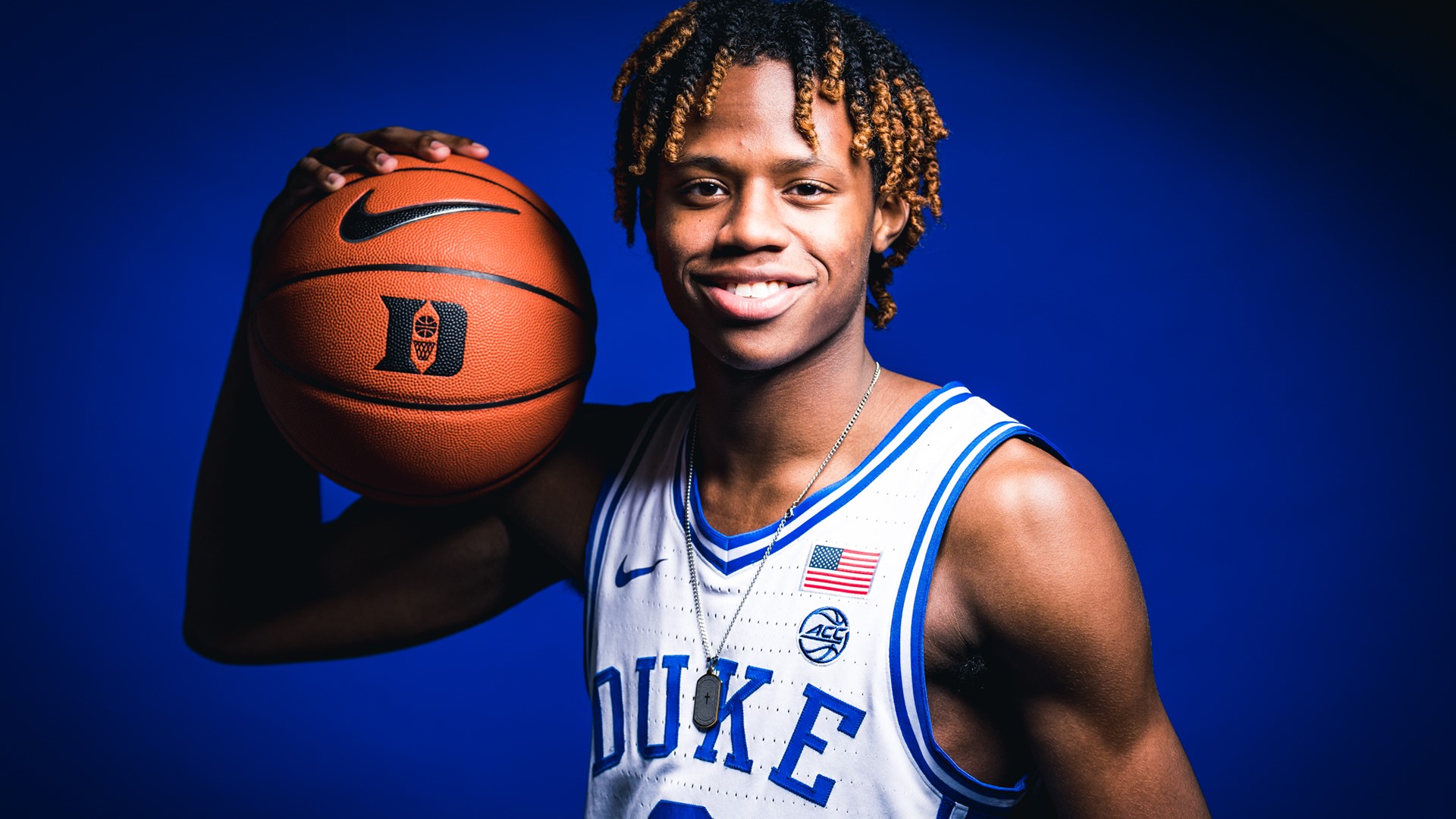 Duke’s D.J. Steward grew up with the latest Class of 2020 college basketball 5-star recruits in the era of LeBron James. The 21st century also has become increasingly specialized, with trainers at a young for athletes focused on one sport.

But the two – James and specialization – aren’t as closely connected as many 18-year-olds might assume.

The King, vying for a place on basketball’s Mt. Rushmore with his fourth NBA title, once balanced high school football and basketball at Akron (Ohio) St. Vincent-St. Mary. It wasn’t until those around him convinced him there was too basketball money was at risk that he gave up football.

Steward is not only aware enough to know James’ history, he played football from Pop Warner through middle school and his freshman year of high school at Whitney Young, a Chicago public school power named for the Civil Rights leader.

“Playing different sports– I actually also played volleyball in middle school – helps you,” said Steward while meeting with the media for the first time through a Zoom call. “You never know what is going to be your better sport, and the skills can carry over from another sport.”

Steward and the Blue Devils officially open practice Wednesday for the 2020-21 season. He may be slight for combo-guard as a 6-foot-2, 163-pounder, but he can tap into his football experience as a safety for the college level style.

Steward was as McDonald’s All-American guard and named the Illinois Player of the Year by the Chicago Sun Times and Prep Hoops. He averaged 24.1 points a game with 41-percent three-point shooting accuracy.

The lack of a consistent three-pointer shooter has been a hole in the Duke’s offense that Steward will have an opportunity fill along with returning forwards Joey Baker and Matthew Hurt. Three-point shooters at off-guard and one or both of the forward spots adds a new dimension.

Tre Jones, last year’s point guard gone to the NBA, was paired with Malcolm Goldwire and Cassius Stanley as the off-guards. Goldwire relieved Jones at the point when he needed a breather or was in foul trouble. Stanley also is gone to the NBA, but Goldwire can take over the point guard role with Steward alongside him or relieving him on the point. Jeremy Roach, another 5-star freshman recruit, also is in the mix as an incoming point guard.

Goldwire, a lightly recruited late addition to the Class of 2017, emerged last season with his defensive ability and improved ballhandling and shooting. He has taken it to another level over the off-season, according Steward.

“J Gold has really been leading us well, really defending, handling the ball without having any turnovers, so he’s really been big for us as well. He’s been pretty much leading me on the court and telling me where to go, and just letting me know how Duke is going to play.”

From a snap judgment call to a call for accountability, we’ve come a long way with a long way still to go