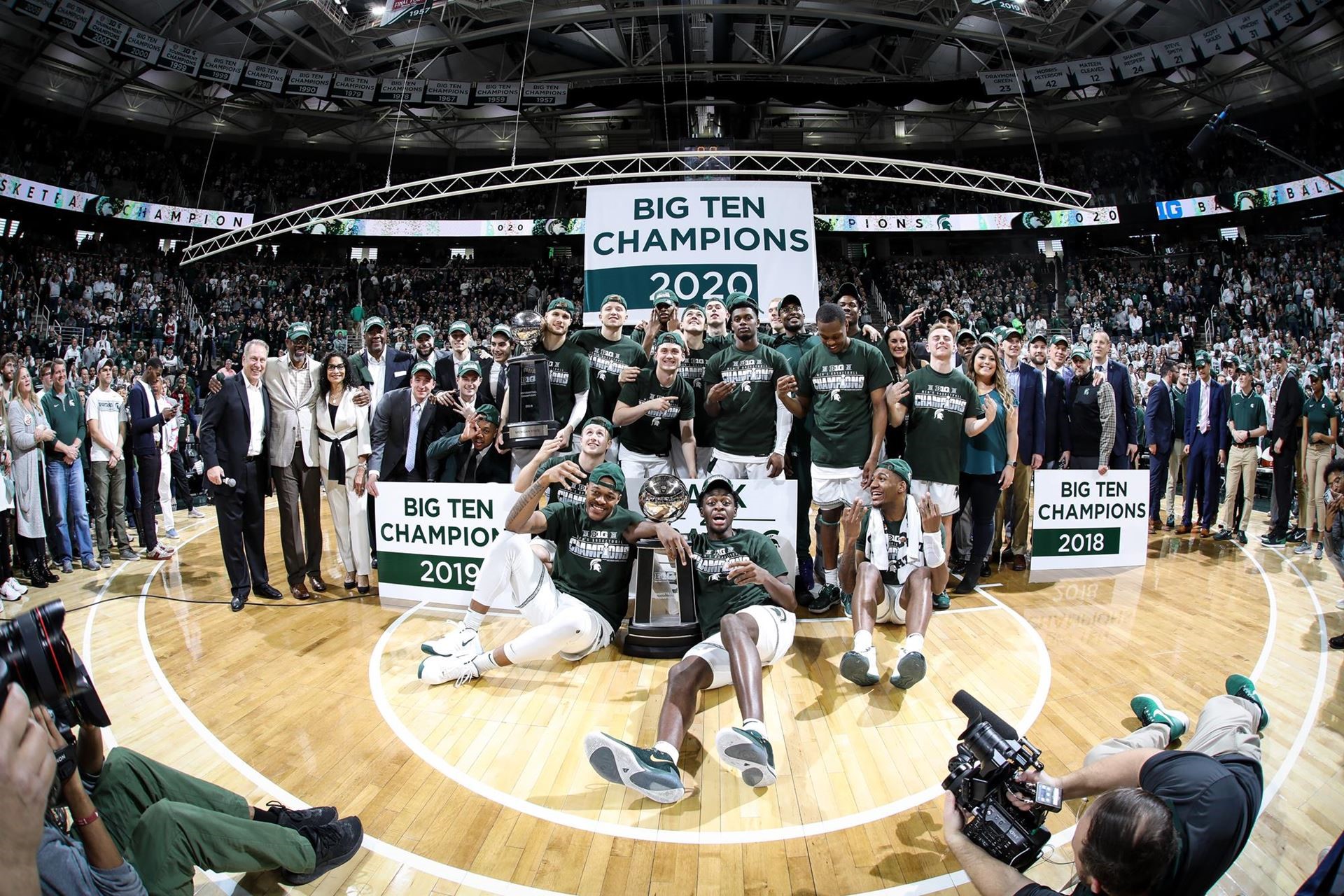 That’s how many Big Ten basketball coaches Michigan State’s Tom Izzo has outlasted since he was promoted to head coach in the 1995-96 season to succeed his mentor, Jud Heathcote. The number increased by three this past season.

Penn State coach Pat Chambers resigned in October at the start of what would have been his 11th season following an investigation he had commented about tying a “noose” around a player’s neck. At the end of the 2020-21 season, Minnesota fired Richard Pitino after his eighth season (14-15, 6-14 Big Ten) and Indiana let go Archie Miller after his fourth season (12-15, 7-12 Big Ten).

Not a bad record for a guy from Iron Mountain in Michigan’s Upper Peninsula. He’s gone from a Yooper to a whippersnapper assistant to a rising star head coach and, now, to elder statesman.

With Duke missing the 2021 NCAA tournament, the only streak longer than Michigan State’s 23 is Kansas with 31. But the Kansas streak spans two coaches, Roy Williams and Bill Self.

Beilein’s departure from Michigan and dismissal from the Cavaliers includes some Izzo irony.

In 2010, Izzo was courted for two weeks by Cavs owner Dan Gilbert, a Michigan State alumnus, until he remained with the Spartans.

Izzo is a good coach, obviously, but the Cavs job was doomed for anyone in 2010. LeBron James bolted to Miami later in the summer. Byron Scott was an NBA veteran coach, but he lasted only three seasons. Beilein’s replacement, J.B. Bickerstaff, is the seventh Cavs coach since Izzo turned down the job.

But another person that deserves an assist for Izzo’s longevity is his daughter Racquel.

In 2001, when the Atlanta Hawks offered Izzo their job after Izzo’s third straight Final Four season, not uprooting his grade-school daughter from her school and friends was a main reason for remaining with the Spartans. Izzo later told a story that when he told his daughter if he took the job she’d make new friends in Atlanta, she replied they’d be her friends only because of he is the Hawks’ coach. That resonated with Izzo, the tug of a father outweighing the ambitions of a coach.

Once Izzo turned down the job, Lon Kruger left Illinois for Atlanta. He lasted three seasons before he was fired. He’s on his third job since then after one year as a New York Knicks assistant, seven at UNLV and the past 10 at Oklahoma. What’s Kruger’s national profile annually taking Illinois to the NCAA compared to what it is now moving job to job?

Without Raquel’s youthful wisdom keeping Izzo in East Lansing, who knows what coach Michigan State would be on by now.

Here are the Big Ten schools and the coaches they’ve been through in the Izzo Era.

NCAA trips: 15 of 24. Longest NCAA drought during Izzo era: three, with this the second time and counting.

NCAA trips: 1 of 24. Longest Izz era NCAA drought: Northwestern is in a two-year drought since the Wildcats made the 2016-17 NCAA field for the first time in program history.

2/1: Gary Williams, 2011; Mark Turgeson, ninth season (two coaches during the Izzo era but only one coach since joining Big Ten.)

Final Fours/national titles: 2/1 (both as an ACC member).

NCAA trips: none of 24: Longest Izzo era NCAA drought since Izzo: All 24 of Izzo’s years in streak that has now reached 28 overall.

Michigan State also has been spared ugly scandals that have stained schools with five coaches fired.

Syracuse coach Jim Boeheim told me this about Izzo earlier in the season when I asked him about Izzo emerging with his reputation intact from an ESPN story that attempted to conflate the basketball program with the scandal involving Larry Nassar, a USA Gymnastics and Michigan State doctor.

“He is one of the best guys I’ve known in coaching. If anybody is doing things the absolute the right way, I believe it’s him – and I still do. I haven’t been proven wrong yet. I go on faith, and I think he’s a great guy, great coach and a man of absolute integrity – 100 percent. He had a very, very tough experience.”

WHERE ARE FINAL FOUR COACHES NOW?

From Clem Haskins to Bo Ryan, seven coaches have taken a Big Ten school to a Final Four during the Izzo era. Only one, Michigan’s John Beilein (2013 and 2018) is still coaching at the same school.

— Thad Matta Ohio State, 2007 and 2012 FFs: mutually agreed with school to resign for health reasons and program’s declining success; out of coaching.

Izzo’s first season finished 16-16, but he has never suffered a losing record.