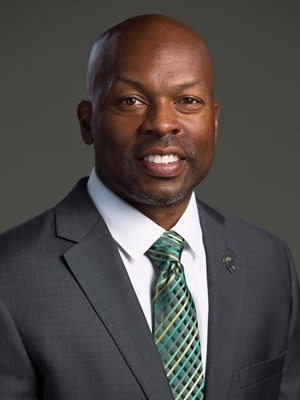 He combined a Midwest-based roster with African-Americans recruited from the segregated South and players on his Hawaiian Pipeline. The teams with players escaping segregation were referred to as the Underground Railroad, a reverent nod to Harriet Tubman.

PLAYERS ON THE VIDEO

— Jerry West, Durand, Michigan. The “other” Jerry West was an All-American offensive tackle that led the Spartans’ record-breaking rushing game.

— Ernie Pasteur, Beaufort, N.C. Injuries limited his playing career, but he went on to earn three MSU degrees as a career educator, including a high school principal in Grand Rapids.

— Jim Proebstle, Canton, Ohio. Starting tight end and younger brother of Dick Proebstle, an MSU quarterback. Jim is the author of three books, including “Unintended Impact,” the story of his brother’s struggle and eventual death from CTE.

Smith, Webster and Thornhill were among the 44 players Duffy Daugherty recruited from the segregated South between 1959 and 1972. Those 1960s teams led college football integration with its first fully integrated rosters. Raye, Smith, Webster, Thornhill and Pasteur were all members of Daugherty’s Underground Railroad teams escaping segregation in the South.

Click here for more Michigan State history based on a 44-day countdown to the opener.

Raise your awareness, take a closer look at racism in American sports