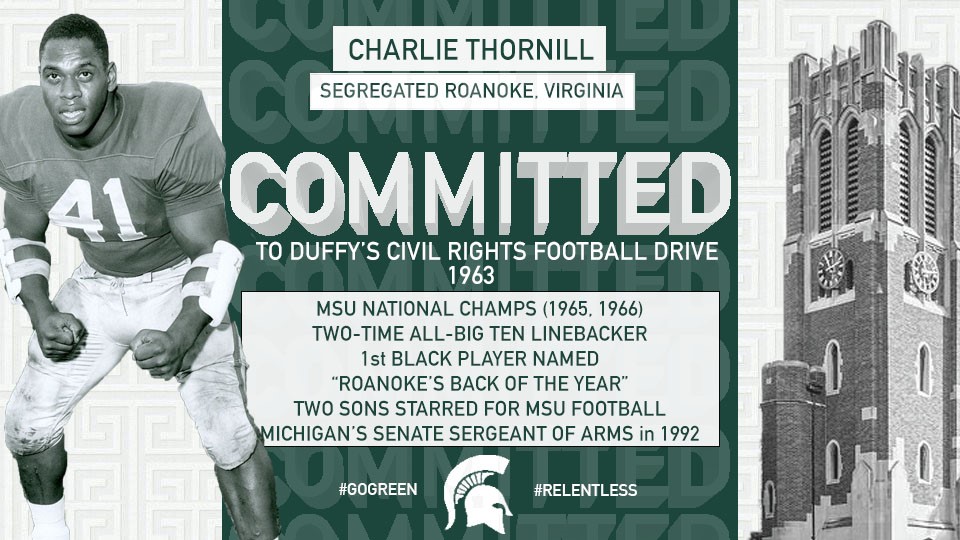 It is complete fiction, a tall tale promulgated largely to obfuscate Bryant resisting integration until his first Black player in 1971, Wilbur Jackson. And sometimes I hear from someone like Victor Hester, a 1978 Michigan State graduate, who has the good sense to weigh the facts.

Hester noted to be me he has read “Raye of Light,” my book on Daugherty’s 1960s teams leading college football integration, and my website, TomShanahan.Report. He emailed me he came across an August 1969 issue of “SPORT” magazine with more evidence refuting the Daugherty/Bryant trade.

For younger readers, in those days there was “Sports Illustrated” and “SPORT” – similar to how there was “Time” and “Newsweek,” “Life” and “Look.” Among the legendary sportswriters with articles in the August 1969 issues were Roger Kahn, Bud Collins, Milton Gross and Jerry Izenberg.

The “SPORT” article, a notes column by Bob Rubin, begins on Page 4. Rubin was later a distinguished columnist for the Miami “Herald.” The subhead for the story’s section on Namath was “The Fickle Finger of Fate,” a phrase no doubt borrowed from a popular segment in the late 1960s TV comedy show, “Rowan and Martin.”

In Rubin’s story, Tom Nugent, Maryland’s coach from 1959 to 1965, is quoted stating Namath lacked only three points on his entrance exam taken shortly before fall camp opened. This aligns exactly with Namath and Bryant, who both often stated the same.

Namath in various biographies and Bryant in his 1974 book, “Bear,” have said Nugent was the person who informed Bryant that Namath was available. Neither Namath or Bryant have ever mentioned Daugherty played a role.

Nugent further explained Namath had received a letter from Maryland’s admissions office a month before school was to begin. The letter tersely informed him he was denied entry. However, Nugent convinced the administration to allow Namath to take the college boards exam.

“I figure those three lousy points cost us a least a million dollars in game and bowl receipts,” Nugent said.

Nugent explained his reason for tipping off Bryant.

“I got in touch with Alabama because I knew we’d never play them,” said Nugent, who was in the TV sports business by 1969. “God forbid the kid would wind up at Penn State or Syracuse, teams we played every year.”

A simple reason explains why the 1969 SPORT story makes no mention of the Daugherty/Bryant tale. The impish Daugherty enjoyed a tall tale, but he didn’t tell this tongue-in-cheek story until 1986 at the East-West Shrine Game at Stanford, which just nine months before his death. Unfortunately, Bay Area UPI writer William D. Murray took Daugherty seriously and wrote it as news.

My theory on how the tale spread was the some sportswriters and many fans viewed it as a shield from the public understanding in reality Bryant dragged his feet on integration. It was hard for people who revered Bryant, who died in 1983, to accept the legendary coach was in reality a 19th-century man content with Jim Crow segregation.

That’s human nature, but more disturbing is the passion to continue to defend Bryant in the face of facts. Such efforts have fit a chapter in “White Fragility,” the New York Times bestseller by Robin DiAngelo. The book examines how white people don’t want to hear about the unfairness of race in society. Bryant apologists are thus forced to overlook Alabama’s campus had desegregated in 1963, eight years before Bryant’s first Black player in 1971, and President Lyndon B. Johnson signed the 1964 and 1965 Civil Rights acts.

As for nothing about Daugherty in the 1969 SPORT article, there is a similar example of Bryant fiction based around a 1980 “Time” magazine cover story on him. The piece, reflecting on his career, was 5,100 words. There was not a single word about the 1970 USC-Alabama game.

Myths and fiction crafted around the 1970 USC-Alabama game claimed Bryant arranged to have USC come to Birmingham and rout the Crimson Tide so that he could convince Alabama’s bigoted fans it was time to allow him to recruit Black athletes. But the myth didn’t spread until the 1990s. That explains why a story Bryant’s apologists claim was his crowning moment of his career was absent from a 5,100- word piece.

The same is true of a Bryant documentary, The Legacy Lives, produced in 1991 in Birmingham. The run time is 1 hour, 42 minutes. There is not a single word about the 1970 USC-Alabama game.

Oh, and the myth also fails to explain USC’s 1970 team had only five Black starters. The Trojans were not a model of integration as John Papadakis, a 1970 USC linebacker, wants you to believe. Papadakis made up the story about Bryant taking Sam Cunningham into the locker room after the 1970 game to tell his players this is what a “football player looks like.” Cunningham admitted in 2003 Bryant never took him into the locker room.

In 1970, USC was still shedding an unwritten quota of only a half-dozen or so Black athletes in the 1960s. USC had only five Black players on its 1962 national title team and only seven on its 1967 national championship roster.

Papadakis, who was a bon vivant Los Angeles restauranteur, also failed to understand while trying to sell his myth as part of a movie script that Alabama’s high school football had desegregated by 1968, the year the Alabama high school governing bodies for white and Black athletics merged. That means some of Alabama’s younger players in the locker room played with or against Black athletes. Bryant was the one dragging his feet.

As for the what I’ve previously written about the Thornhill-Namath fiction, below are facts from the horses’ mouths. All of them are included in “Raye of Light, Jimmy Raye, Duffy Daugherty, the 1965-66 Michigan State Spartans and the integration of college football.”

— Michigan State assistant coach Vince Carilott said in 2012 the Spartans learned about Thornhill through a phone call from Bob McLelland, a white sportswriter for the Times and World of Roanoke, Virginia. McLendon had long advocated for Black athletes and successfully lobbied for Thornhill as the area’s first Black “Back of the Year.”

— Clifton Roaf, Daugherty’s first Underground Railroad passenger in 1959 out of Pine Bluff, Arkansas, said in 2013 he served as Thornhill’s recruiting host in December, 1962. This is relevant because Bryant fiction claims after Bryant met Thornhill at a Jan. 17, 1963 banquet in Roanoke to receive his award, Bryant informed Daugherty about Thornhill and arranged for plane tickets to be sent to Thornhill for a recruiting trip.

— William “Nay” Thornhill, Charlie’s younger brother, attended the 1963 banquet. He said in 2014 Bryant never said anything more to Charlie than Daugherty was a good man and he would enjoy playing for him. It was reported in the Roanoke newspaper Thornhill had committed to Michigan State before Thornhill met Bryant.

— Nay Thornhill also said in 2014 Charlie dreamed of playing for Notre Dame similar to many high school kids, but he never received a scholarship offer from the Irish. This is relevant since some of the Bryant fiction claims Bryant’s influence led Thornhill to pick Michigan State over Notre Dame.

What also has to be remembered about Namath’s failure to be admitted to Michigan State, other schools and then Maryland was Alabama admitted Namath overnight. Nugent also said in the SPORT story Namath was reluctant to attend Alabama and to remain there.

At some point, though, someone must have convinced Namath his poor academic record required him to a play for a football coach that ran the school rather than a football coach who worked for the school’s president. Bryant didn’t have a boss at Alabama. That was the opinion of former New York Times executive editor Howell Raines, an Alabama alumnus, expressed in the 2013 Showtime documentary.

Also remember Bryant in the 1960s explained away his lack of Black athletes by claiming he couldn’t find any that were qualified academically. Huh? Thornhill was admitted to a Michigan State, the school that denied Namath admission.

Not much of what Bryant or his apologists say about the 1960s, especially anything defending his dismal Jim Crow discrimination record, adds up.

“SPORT” magazine, August 1969 edition, when dusted off, provided another example.

I have researched college football integration since 2012 while beginning to work on “Raye of Light.” I will put my research regarding Bear Bryant and the 1970 USC-Alabama game up against anybody, anytime, anywhere.

It has been my experience, through freelance pitches, major media platforms fear challenging the established legend of Bear Bryant. Editors are content – even one that told me Bear Bryant gets too much credit — with revisionist history that has gilded Bryant’s image and aggrandized USC’s role, no matter the gaping holes in the tale. Acknowledging the Bryant mythology has holes in it also requires major media platforms admit they’ve been duped for 30-plus years.