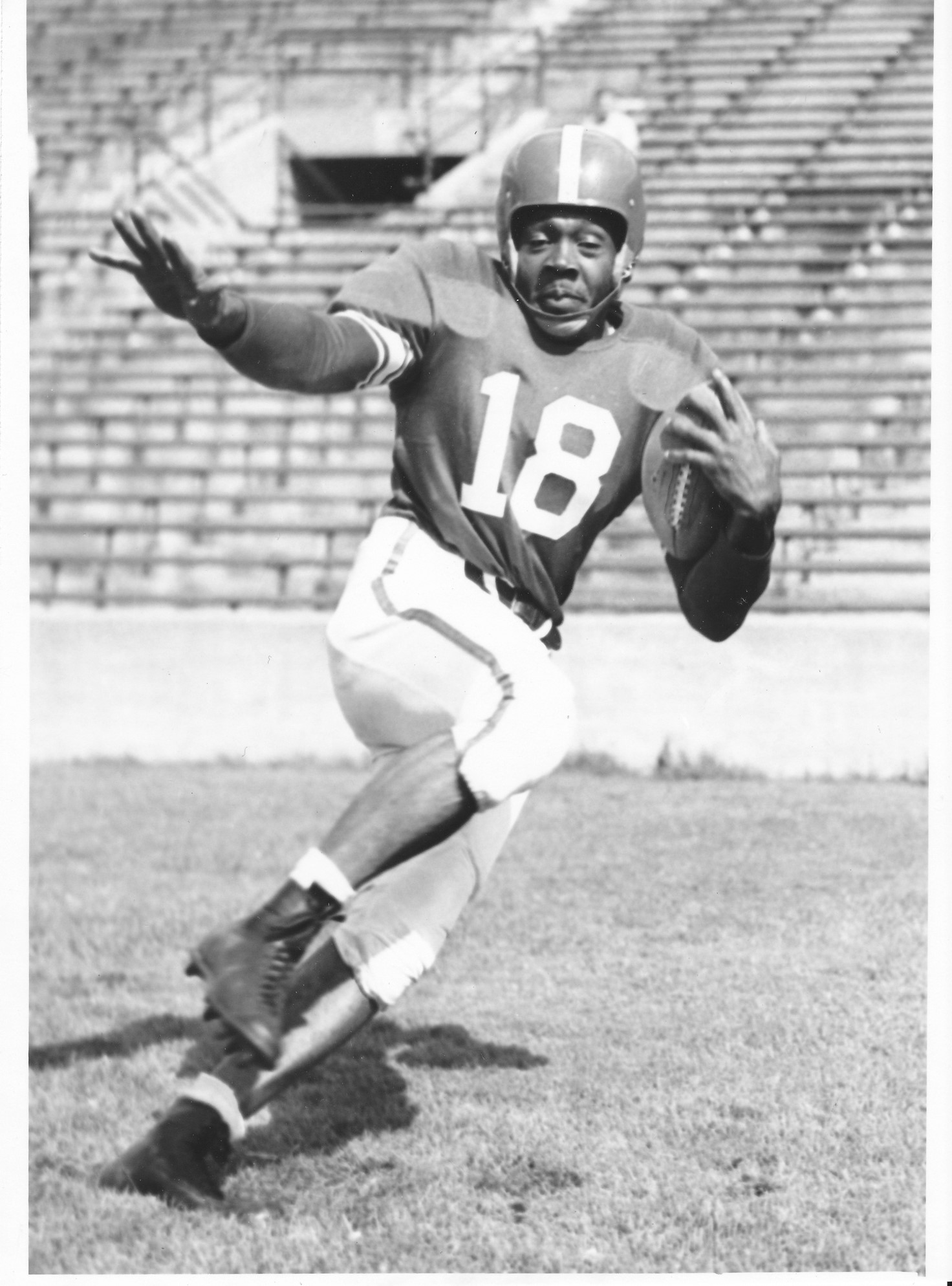 If only a reporter at some point had questioned Michigan State College Football Hall of Fame coach Duffy Daugherty about his playing days at Syracuse. How did Duffy, a lineman, feel about his teammate, Wilmeth Sidat-Singh, who was benched as a Black quarterback, when Syracuse played Oct. 23, 1937 at Maryland?

On that shameful day at Baltimore Stadium, college football’s “gentleman’s agreement” caught up with Sidat-Singh. Northern schools were expected to bench their Black athletes against segregated southern opponents. Sidat-Singh sat on the bench, his head bowed and draped beneath a towel. Maryland upset the 17th-ranked Orange, 13-0.

The incident was largely kept in the shadows until Maryland made amends 76 years later. Sidat-Singh was honored posthumously when Syracuse played on Nov. 9, 2013 at Maryland. Family members, including Lyn Henley, were introduced on the field during a second-quarter ceremony.

“Maryland went all out,” said Henley, 76, a first cousin despite the age difference. Wilmeth’s father was the oldest brother in a family that included Henley’s mother as the youngest sibling.

“The family was so thrilled that Maryland, after all these years, acknowledged what had occurred. My father (Benjamin Henley) went to the 1937 game, and the stories he told me about Wilmeth having his head bowed on the bench with a towel were ingrained in my memory.”

Henley, a Maryland resident, said he had rooted against the Terrapins until becoming a fan once the school righted a wrong.

Duffy would have understood Henley’s emotions.

And if Michigan State’s own shameful “gentleman’s agreement” incident in 1946 hadn’t been pushed into the shadows, Daugherty also likely would have approved of Michigan State finally offering Horace Smith a similar apology.

“These are great opportunities for schools to wrestle with the past. We can celebrate the guys and look internally at what happened, but then I think the worry is it dissipates. Everybody pats themselves on the back, but we move on.”

Smith was a Michigan State halfback from Jackson, Michigan. When the Spartans, then coached by Charlie Bachman, traveled for a Nov. 2, 1946 game against Kentucky coach Paul “Bear” Bryant’s team, Michigan State abided by the “gentleman’s agreement.” Smith was left at home.

By 1947, Biggie Munn was Michigan State’s new head coach and Daugherty a top assistant; Munn brought Duffy with him from a one-year stint as Syracuse’s head coach. In the 1947 season’s fifth week, speculation mounted for Kentucky’s Oct. 25 game, this time at Michigan State.

Would Smith, a backup halfback, be permitted to play?

Smith entered the game early, relaying a play call from Munn to the huddle. Michigan State lost 7-6 (Kentucky quarterback George Blanda, yes, that George Blanda, kicked the decisive PAT), but the Spartans had righted a wrong.

Smith finished the day with only two carries for 11 yards, but his presence on the field, including throwing blocks at bigoted opponents, was enough to earn a place in history, He was the Spartans’ Black player to face down a segregated opponent. The Spartans finished 7-2, and Smith’s five touchdowns led the team in scoring with 30 points.

Dr. Louis Moore, a Grand Valley State professor and author with a Ph.d from UC-Davis, believes every school in the nation should honor its pioneering Black athletes. It’s a form of educating a school’s student body and fan base.

Moore is the author of two book on Black athletes: “I Fight for a Living” and “We Will Win the Day: The Civil Rights Movement, the Black Athlete, and the Quest for Equality.” Moore and Kentucky professor Dr. Derrick White also host a podcast, “The Black Athlete.”

“These are great opportunities for schools to wrestle with the past,” Moore said. “We can celebrate the guys and look internally at what happened, but then I think the worry is it dissipates. Everybody pats themselves on the back, but we move on.

“A school may have integrated, but there are continuous problems on campuses. It’s good to recognize what happened, but we have to continue to work on problems.”

Daugherty’s 1965 and 1966 national championship teams proved a tipping point to college football integration, thanks to exposure before vast TV audiences. The Spartans played Notre Dame in the Game of Century on Nov. 19, 1966 at Spartan Stadium before a record TV audience of 33 million.

Notre Dame had only one Black player on its roster, Alan Page, but the Irish weren’t alone. In the 1960s, USC followed an unwritten quota limiting Black athletes to a half-dozen or so. The Trojans had only five Black players on their 1962 national championship team and seven on their 1967 national title team.”

“It’s a tremendous story of the Black community rallying around the team,” said Moore of the 1965 and 1966 Spartans. “I think to this day there are older Black folks in Michigan that are Michigan State fans because of those teams.”

As for Michigan State honoring early pioneers, the school established a precedent at its 1953 homecoming game, the 40th anniversary of the first Michigan State team to beat Michigan. The 1913 Spartans won a monumental upset, 12-7. Among the players on the field for the halftime ceremony was Gideon Smith, the school’s first Black football player (1913-15). Gideon Smith, no relation to Horace, also was later named to Michigan State’s Hall of Fame.

Smith went on to become one of the NFL’s first Black players; Jim Thorpe was a teammate with the Canton Bulldogs. He then went into coaching and administration careers at Hampton, an HBCU in Virginia. He led Hampton to the 1922 national Black title and five CIAA titles. Smith is a candidate on the ballot for the National Football Foundation College Football Hall of Fame.

Raye has said when he arrived at Michigan State as a wide-eyed freshman, he saw a portrait of Smith hanging in Jenison Fieldhouse. He decided if Smith could take on the challenge in 1913, he could do so in 1964.

Horace Smith, who died in 2006, should have his story remembered similar to Gideon Smith. He and his family deserve an apology, an especially poignant gesture considering Smith was at the start of Munn and Daugherty transformative era in East Lansing.

— Lyn Henley, a first cousin of Wilmeth Sidat-Singh, on his family’s gratitude.

For Michigan State, a 2022 ceremony honoring Smith would be, oddly enough, 76 years after his historic 1947 game. It’s another link to Sidat-Singh and Daugherty.