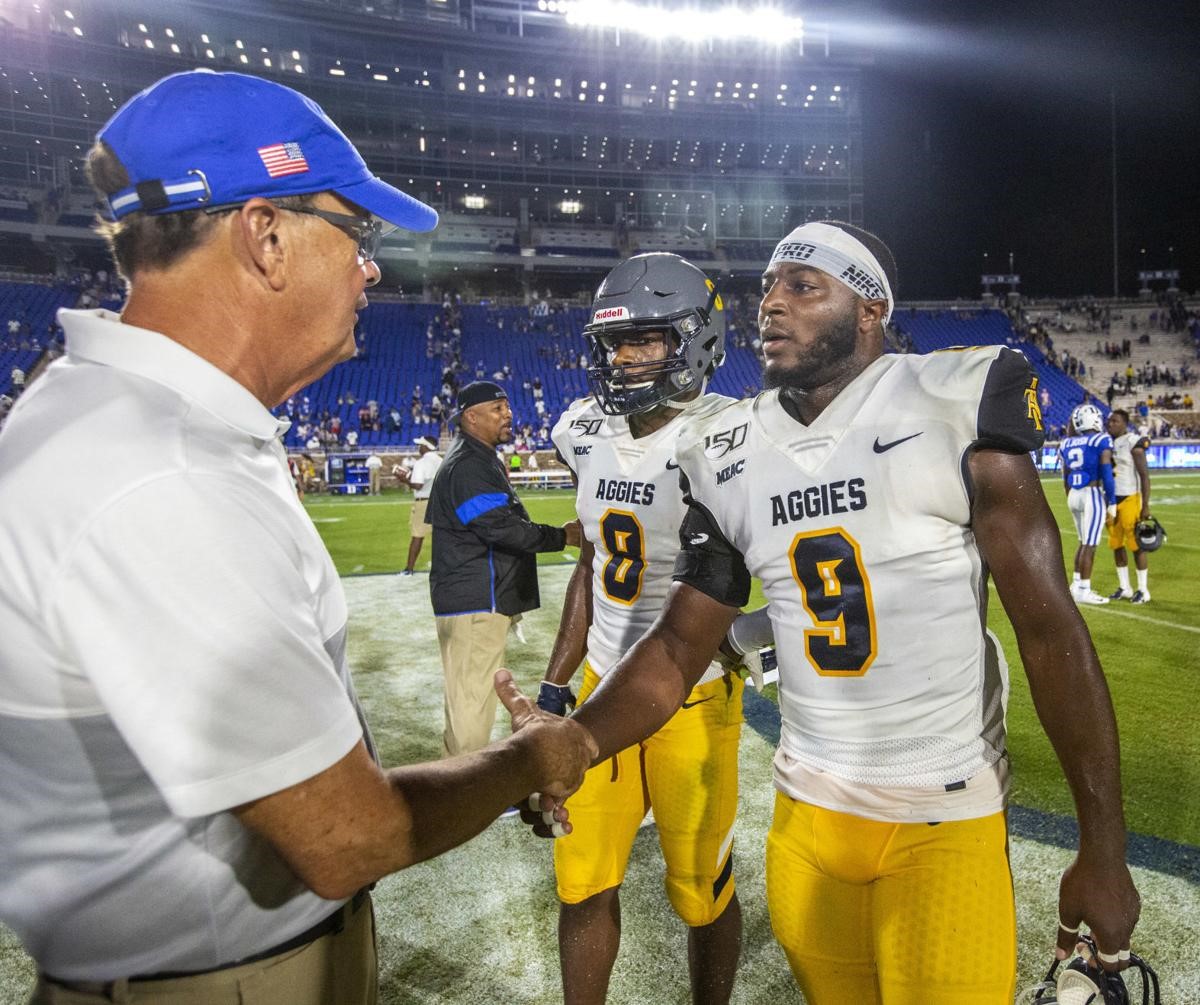 DURHAM — In July, The Athletic posted a story praising UCLA football – and rightly so — for scheduling future games with two HBCU schools, Alabama State in 2022 and North Carolina Central in 2023.

The Bruins joined a trend of Power 5 schools sharing the wealth, but it’s nothing new at Duke.

“So, yeah, I think there’s some significance to that. All the way back to when Mose Rison was the (NC Central) coach. I approached him about that opportunity to bring a community together.”

NC Central and NC A&T were long-time rivals competing in the Mid-Eastern Athletic Conference, although A&T has moved to the Big South in football and basketball. A&T is making its second trip to Durham after a 2019 game Duke won, 45-13. The Aggies, who have a reputation of traveling well, have been good for the box office. The A&T-Duke game in 2019 drew a crowd of 38,313.

Dennis Thomas, who is in his 20th year as the commissioner of the MEAC, said Power 5/HBCU matchups are a “win-win.”

Thomas has a long HBCU background as an Black college All-American offensive lineman in 1972 and 1973 at Alcorn State in Lorman, Mississippi. He entered coaching at his alma mater and was a head coach at South Carolina State, a MEAC member. He also was the athletic director at Hampton, another MEAC member.

“The major point of this whole thing is opportunity,” Thomas said. “It’s an institutional decision. Some HBCUs elect not to play those games based on how they run their programs and their coach’s philosophies. But for the schools that want to play the games, they have the opportunity. I commend Duke and other schools for scheduling HBCUs.”

Cutcliffe was in his second season at Duke when he originally reached out to NC Central in 2009 as a healing gesture.

At the time, the two Durham communities were still recovering from a long-running scandal that erupted in 2006 and eventually turned upside down. Durham prosecutor Mike Nifong charged three Duke lacrosse players for rape of a NC Central student performing as an exotic dancer at a house party. Nifong was later disbarred and ordered to spend a day in jail for what was determined to be a rush to judgment.

Then-North Carolina Attorney General Roy Cooper, now the Governor, investigated the case and ruled the players were innocent, but not before the case played out in a national spotlight. It stirred up charges of racism, sexual violence and media bias between the neighboring campuses.

— Duke center Jack Wohlabaugh was on a “pitch count” for the team’s early practices and preseason scrimmages, but he played all 76 snaps of the Blue Devils’ season-opening loss last week at Charlotte, 31-28. He was happy overall with his play and strength of his knee holding up.

“It was a gradual process,” Wohlabaugh said earlier in the week. “It was hard. Still, a day after the game. we came out to practice and my knee was sore, not feeling good. I had some ups and downs (at Charlotte), but I was pleased with how I played. I thought I performed well. Obviously, I have a lot to improve on.”

The truth about Jerry Coleman and Ted Williams’ respect for him