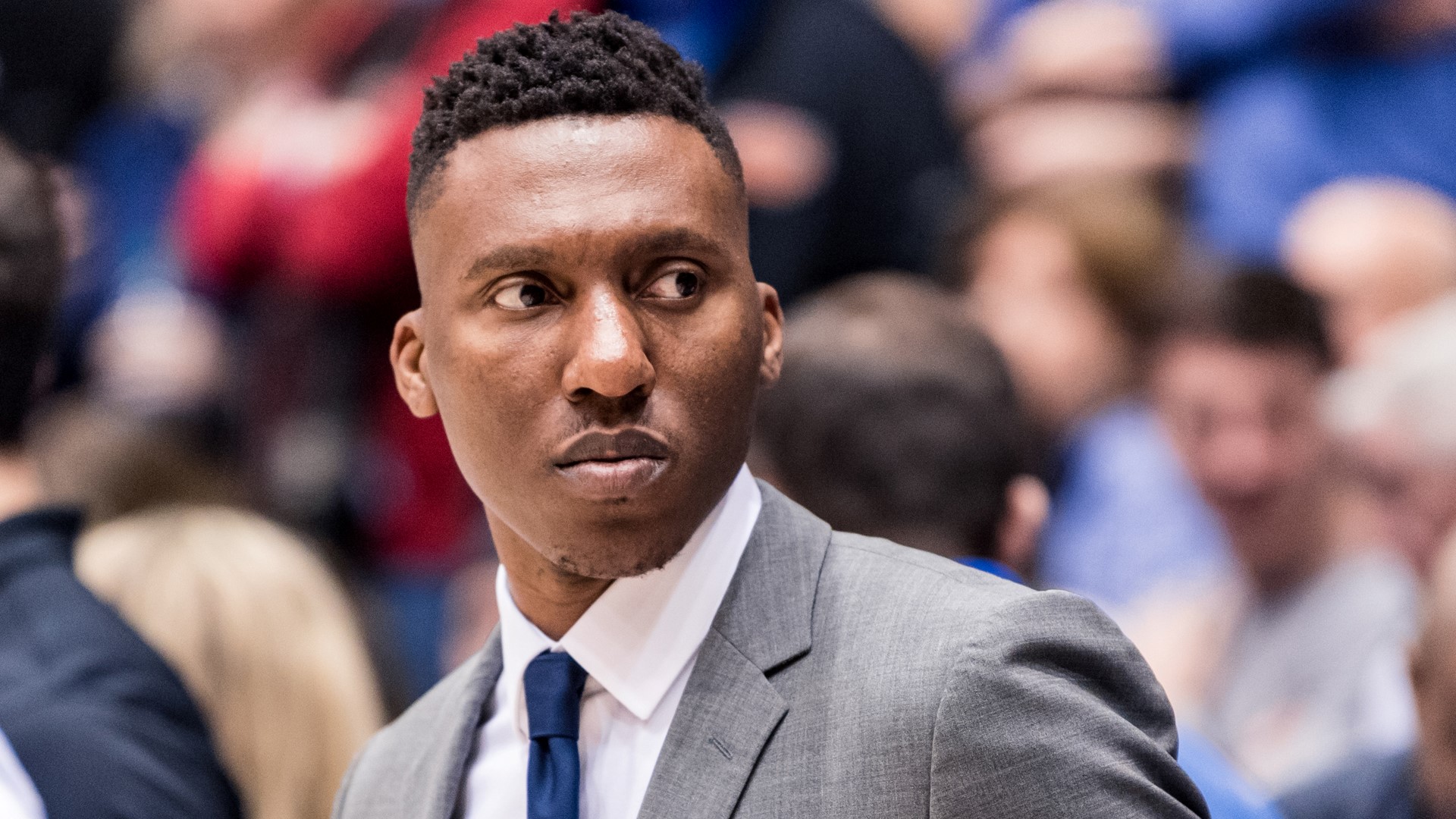 Normally a full season plays out – if not more – for those outside the team to observe what the head coach saw in hiring his latest assistant, but that’s not the case with Duke boss Mike Krzyzewski promoting Nolan Smith.

Smith’s behind-the-scenes work last season with freshman Mark Williams not only drew praise from Coach K at mid-season, the results were as obvious as a 7-footer on the court.

After Williams, a 7-0, 245-pounder, played little the first half of the season, over the final 14 games he led the Blue Devils with 6.1 rebounds a game, field goal percentage (.684) and blocked shots (28). He also was fifth in scoring with 10.8 points, including a career-high 23 points, 19-rebound game in a win over Louisville in the second round of the ACC tournament.

Smith, whose promotion was announced Thursday, demonstrated with Williams the ability to translate his basketball knowledge to teaching skills during the season with Williams.

“Every player learns differently,” Smith said Thursday in a Zoom call with the media. “Some players learn from video and others by being able to show them. If you can do both that’s great. You help them understand the game the best way they can get it. All of our player are different, but we have great managers and great staff around here that will helps us break it down for each guy.”

Smith, a guard on Duke’s 2010 NCAA title team and first-team All-American player in 2011, fills a vacancy that opened when associate head coach Nate James left as the new head coach at Austin Peay State. Smith returned to campus in 2016 as a special assistant and has served as director of basketball operations and player development since 2018.

A year ago Smith turned down an offer to join Penny Hardaway at Memphis, but Krzyzewski convinced him to be patient — here was more room to grow at Duke.
“I’m the ultimate in trusting the process,” Smith said. “Honestly, there were other opportunities knocking, but the big picture for me was always wanting to be here, learning under Coach K, working with coach Jon Scheyer, working with coach Chris Carrawell – I’m with the best.

“I’m with the best people, in the best business, and this was the ultimate goal. To be here and learn with this group, it doesn’t get much better than that. I’m just excited for this opportunity to learn how to scout, to be on the court and going through scouts and getting our guys prepared for games. Just the whole opportunity to do it right here, it’s the best.”