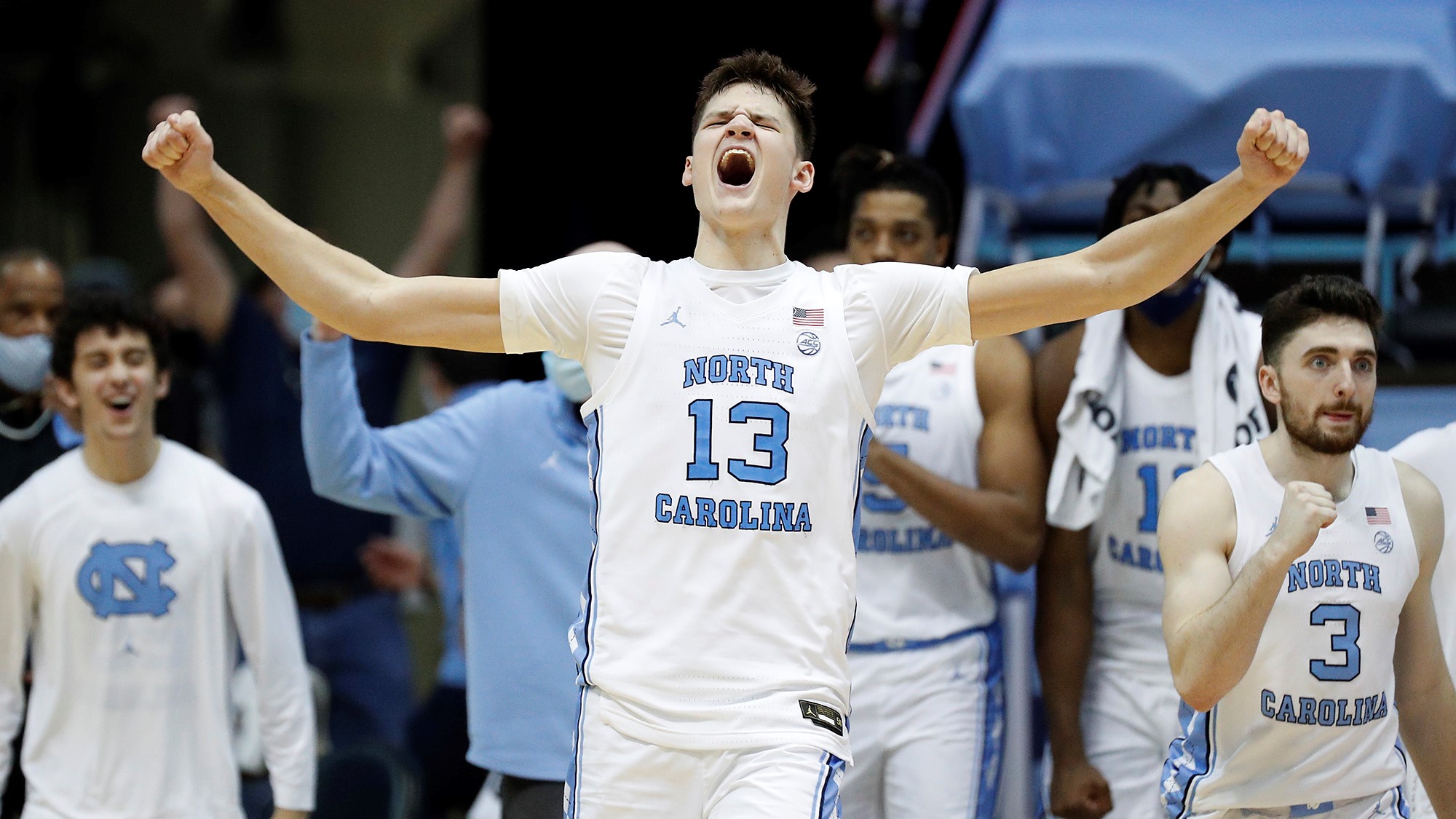 The second to last weekend of the ACC basketball regular season opened with ESPN NCAA Tournament bracketologist Joe Lunardi projecting North Carolina in for March Madness and Duke in if it won.

North Carolina won, although its 78-70 win over Florida State Saturday at the Smith Center was more about the Tar Heels (15-8, 9-5 ACC) strengthening their No. 10 seed than dropping out of the bracket. The Seminoles (14-4, 10-3 ACC), who still lead the ACC by one game despite the loss, entered the contest ranked No. 11 in the nation and with a No. 3 NCAA seed.

The Blue Devils were projected among “the first four out,” but Lunardi said they would vault into the 68-team tournament field with a fifth straight victory in their matchup with Louisville. For a moment Duke seemed to be pulling off a comeback of its own after trailing by 12 points early in the second half, but the Blue Devils (11-9, 9-7 ACC) fell 80-73 in overtime at Cameron Indoor Stadium. The Cardinals (13-5, 8-4 ACC) entered the game a No. 10 seed.

The ACC’s other three projected seeded teams were Virginia with a No. 4 seed, Clemson No. 6 and Virginia Tech No. 6.

N.C. State, meanwhile, was still on the outside looking in as it faced Syracuse on Sunday.

As another week approaches, good luck figuring out how the seedings will scramble with the final two regular-season games and then conference tournaments.

North Carolina coach Roy Williams was asked if upsetting Florida State was a “springboard” for the remainder of the season. Williams’ mind flashed back to the Wednesday’s upset loss to Marquette just four days after the Tar Heels beat Louisville by 45 points.

“Think about it, guys,” he said. “Gawd almighty, I would have thought last week’s Louisville game would have been a spring board, too, and the gawd darn diving board broke. And everybody fell in the pond.”

Williams did enjoy having fans back in the arena following Gov. Roy Cooper’s Friday announcement to allow increased limited seating.

The official crowd count was 3,263 as 7-foot-1 freshman center Walker Kessler led the team with 20 points. He was one of four freshmen in double figures along with Kerwin Walton, 13; Caleb Love, 12; and R.J. Davis, 12. The The win also gave Williams a record as the fastest to 900 in his 33 years at Kansas and his alma mater.

“We were not shooting strong, we were shooting just to get a shot off,” Duke coach Mike Krzyzewski said. “But I credit their defense. They’re a really good defensive team and their defense was a lot better than our offense in the first half.”

As for the final week of the regular season, North Carolina has a quick turnaround with a game Monday at Syracuse before the Tar Heels play host Saturday to Duke. The Blue Devils travel to Georgia Tech Tuesday before round two with the Tar Heels.

Not much changed in NFL for Bieniemy