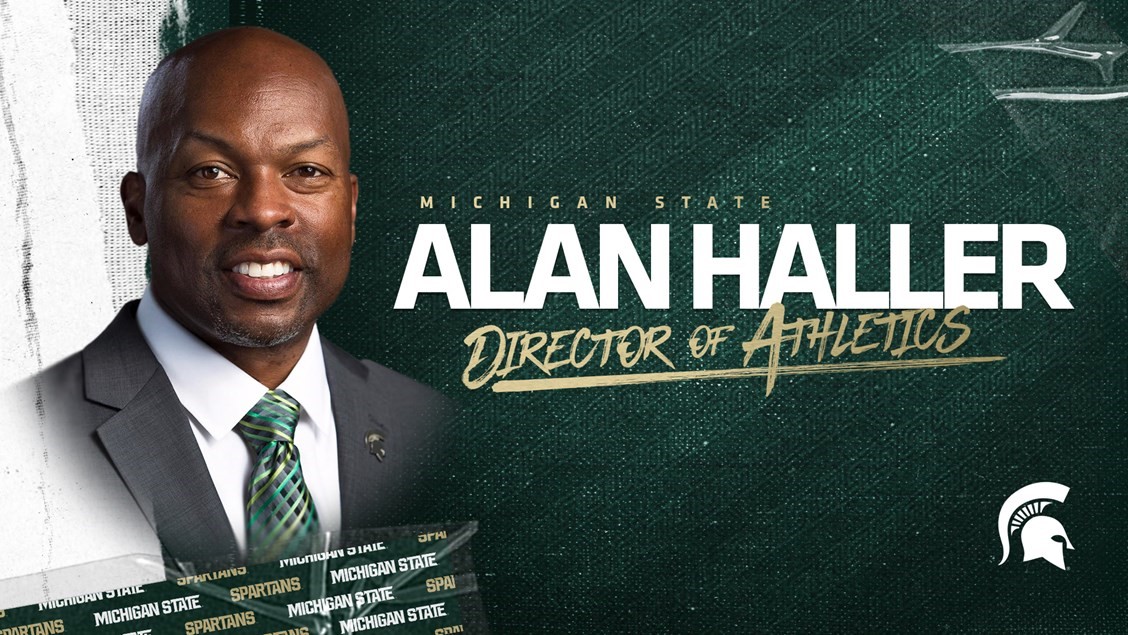 “Ghost in the House, champ!“

Having recently watched a preview of the upcoming PBS documentary on Muhammad Ali and read “Blood Brothers,” that haunting chant from Bundini Brown, Ali’s friend and cornerman, came to mind while awaiting the outcome of Michigan State’s national search for a new athletic director.

The thoughts aren’t as disconnected as it might sound.

Brown’s chant conjured Jack Johnson as Ali returned to the boxing ring in 1970 after having his heavyweight title stripped in 1967 for refusing induction into the U.S. Army over Vietnam. Johnson, the first Black heavyweight champion, fled the country in 1913 over his battles with the government.

It was perplexing to wonder if an outsider would emerge over Alan Haller, an African-American who had earned the promotion.

After all, Michigan State went down that wrong turn before, in 1980. The Spartans hired 57-year-old Muddy Waters, who was a small college coach. Picked him over two qualified, younger minority candidates who were players and coaches Michigan State’s coach who led college football integration, Duffy Daugherty.

Lewis was 39 years old by the start of the 1980 season. Young, yes, but he knew the landscape. UCLA hired Terry Donahue when he was 32. He’s in the College Football Hall of Fame. Lewis knew both sides of the ball as an All-American running back, third in the 1963 Heisman Trophy voting, and defensive back coach.

“The Michigan State job would have been the greatest thing that ever happened to me,” Lewis told me, a quote that is in “Raye of Light.” “I love that place so much.”

Losing a promotion by the lady you love to a less qualified candidate while your colleagues watched. What a triple sledge-hammer punch to the gut.

Lewis stayed on when he was passed over to work under Waters, who was fired after three years with a 10-23 record. Lewis wasn’t out of a job long. Pro Football Hall of Fame coach Bill Walsh named him to his San Francisco 49ers staff. Lewis collected three Super Bowl rings with the franchise.

When 49ers offensive coordinator Mike Holmgren landed the Green Bay Packers job in 1992, he brought Lewis with him as his offensive coordinator. They won another Super Bowl ring. Holmgren recommended Lewis for vacant NFL head coach jobs, but he never received more than a cursory interview. The franchise fulfilled the Rooney rule — see, we considered a minority candidate.

Jimmy Raye was only 34 in 1980, but he would be passed over in future years with the credentials of an NFL offensive coordinator. He also considered Michigan State a dream job. He had been recruited out of segregated Fayetteville, N.C., by Daugherty. He was the South’s first Black quarterback to win a national title as the 1965 backup and 1966 starter.

Daugherty, like Lewis, hired Raye part-time to break down film in 1971 after his brief NFL career. He was a full-time assistant under Daugherty in 1972.

In 1977, San Francisco head coach Ken Meyer hired Raye. At the time, there were only seven other Black assistant coaches in a 28-team league. By 1983, Los Angeles Rams coach John Robinson named Raye one of the NFL’s first Black coordinators.

Michigan State never knew what it had with Lewis and Raye.

The school later made a run at Tyrone Willingham, when Raye recruited him as a member of Daugherty’s last recruiting class out of Jacksonville, N.C. But only after Willingham had proven himself as a head coach at Stanford.

Willingham’s 1996 Stanford team embarrassed the Spartans coached by Nick Saban in the Sun Bowl, 38-0. To be fair, Saban was rebuilding the after George Perles, fired after the 1994 season, let his power plays for the dual role of athletic director hurt recruiting.

He was named Wednesday the Spartans’ athletic director. He had been with the school 20 years, playing influential roles behind the scenes. His title until Wednesday was Deputy Athletic Director.

Hiring an outsider would have meant teaching the significance of Duffy Daugherty’s 1960s teams that led college football integration. Educating that person about southern Black high school coaches such as College Football Hall of Famer Bubba Smith’s father Willie Raye Smith, a legendary Texas high school coach during segregation, who trusted Duffy with their players far from home. They steered them to Michigan State.

Too many Michigan State’s administrators fail to understand the depth of Daugherty’s leadership, but second-year coach Mel Tucker wants his players to learn this history.

Haller’s hiring reminds me of the national search Duke went through in the spring before ultimately promoting Nina King, an African-American. She had been in Duke’s athletic department since 2008.

The national search was one of the diversity boxes to check. What irony if Haller or King had lost their promotion in such a manner. Haller is now one of only 16 Black athletic directors in major college football, King one of only three Black women.

They still have to prove they can handle the job, of course, but they earned the promotion. Maybe 20 years ago they wouldn’t have gotten the job. Almost certainly 40 years ago, like Lewis and Raye, they would have been passed over.

Lewis, 79, and Raye, 75, are alive and well, so a ghost isn’t in the house with Haller taking his seat behind the big desk. Just their enduring spirit.

“Spirit in the House, Alan Haller!”