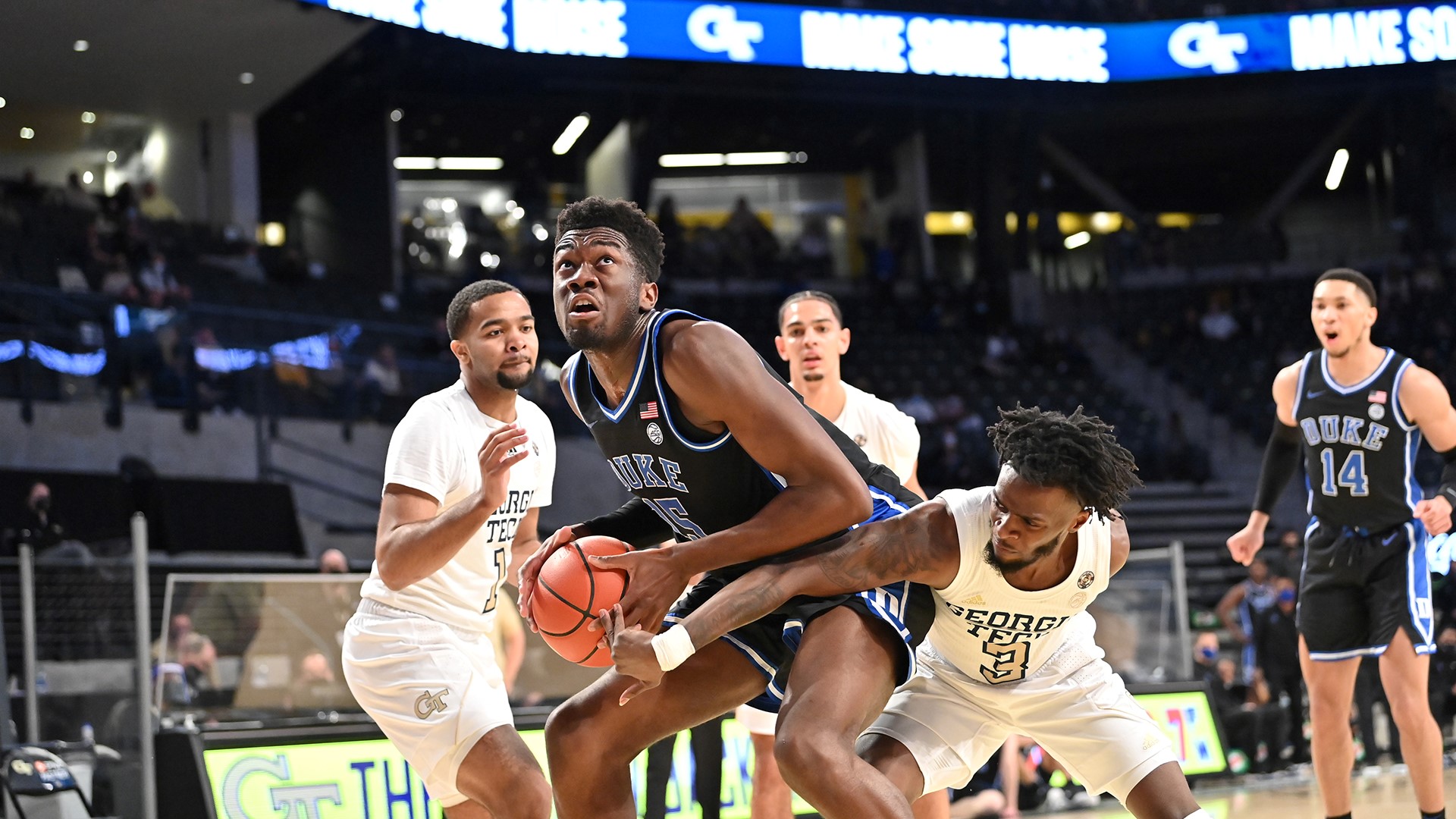 Nobody knows. College basketball has always been a game of upsets, but the COVID-19 pandemic has added additional head-scratching over results.

Can one team bounce back better than the other from a loss as they have throughout the season? Or will they both come up lacking again in their struggles with inconsistent play?

North Carolina remains in the 68-team field as projected by ESPN’s Joe Lunardi as a No. 10 seed, but Duke is now among “first four out.” There is still time for both teams to improve – or hurt – their resume with Saturday’s final regular-season game followed by the ACC tournament.

The fact they’re both unranked is confounding enough to understand. When North Carolina won 91-87 on Feb. 6, it marked the first time both schools met while unranked since 1960.

Might a similar scenario play out with one or both teams finishing strong?

Duke coach Mike Krzyzewski, pointing to a second straight overtime loss among Duke’s eight single-digit defeats this season, says his team is playing hard but hasn’t gotten the breaks that have gone their way in the past.

“The kids have fought all year,” Krzyzewski said. “They have not given up. Again, you have a unit that you don’t really practice that much with, and they’re in there and they figure out a way where really, we could win. You’ve got a great shot there and that would’ve been unbelievable. This group just hasn’t had anything unbelievable happen for them, but they’ve continued to work hard and compete.

“They’ve been a good group. I’m very disappointed, but they will keep fighting, and we’ve got to do that again Saturday night. Every time we line up, that’s what we have to do. Our guys have done that. Over the years, we’ve been very fortunate, so I don’t know if the basketball gods are evening things up a little bit. We respect Georgia Tech and we’re not going to make any excuses. We’re going to keep fighting and see what the heck happens.”

Duke was only 7-of-26 from three-point range and played the final 6:14 of regulation without Matthew Hurt after he fouled out. Hurt finished with only 12 points, while freshman center Mark Williams and sophomore guard/forward Wendell Moore both scored 20.

North Carolina’s problem has been turnovers. Syracuse scored 28 points off of 20 turnovers.

“It’s frustrating, there’s no question,” North Carolina coach Roy Williams said. “We talk about turnovers. We practice. We emphasize it in practice. We give discipline points if you do turn it over in practice. All those kinds of things. But the bottom line is I haven’t gotten them to understand how important the possession of the ball is.

My NFF story: Rollie Stichweh serving Army then and now