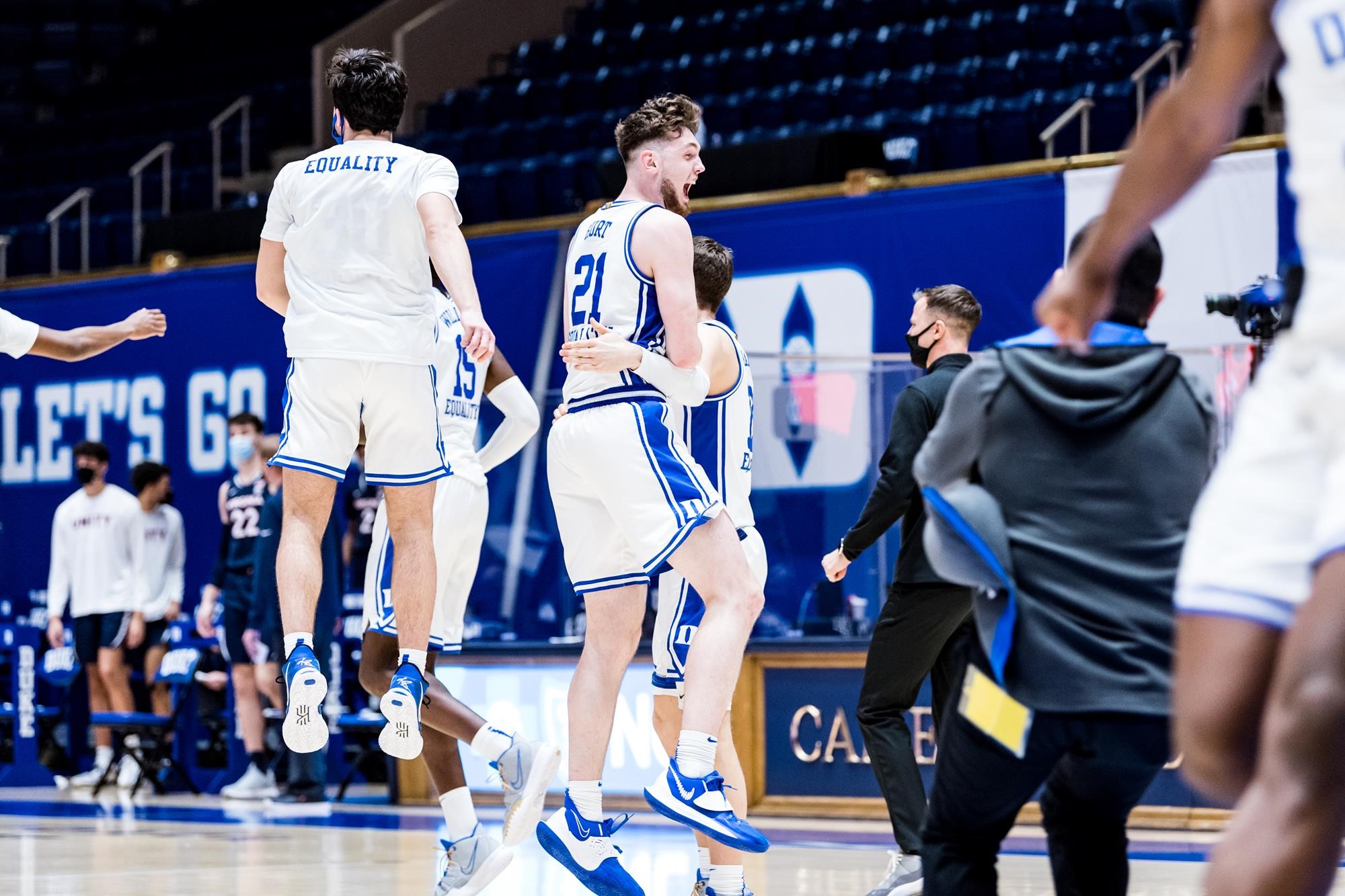 It’s late February. That means Duke and North Carolina should be peaking for the final stretch leading to the post-season. Except this year it’s about playing their best basketball to earn a bid – not at a No. 1 seed.

Duke (10-8, 8-6 ACC) celebrated like it had won an ACC Tournament or NCAA regional when final seconds ticked off the clock in their 66-65 win over No. 7-ranked Virginia Saturday night at Cameron Indoor Stadium.

A couple hours earlier in Chapel Hill, North Carolina (14-7, 8-5 ACC) emptied its bench as the Tar Heels routed Louisville 99-54 like it was a first-round tournament mismatch. And earlier in the day N.C. State (10-9, 6-8 ACC) won its second straight game, defeating Wake Forest 80-62.

Duke, given up for dead two weeks ago, won its third straight game and is back in the picture for an NCAA bid if it can continue its strong play, especially with a deep run in the ACC Tournament. A tightly played Virginia-Duke game with stars and backups making big plays throughout the night was nothing new. Only the circumstances of unranked Duke needing to elevate its play to rise to Virginia’s level was different from a normal season.

Duke coach Mike Krzyzewski called it, “an epic game. This was a great basketball tonight. Every possession was fought … seemed like every dribble at times.”

“Hurt is a special shooter,” Bennett said. “He’s Larry Bird-like in terms of where he puts the ball behind his head. You think you’re there and you can’t quite get to it. At times we thought it was well guarded.”

“The biggest thing for us is we shot the ball well which we haven’t done very often this year,” said Tar Heels coach Roy Williams said. “We didn’t turn it over very much, 29 (assists) 11 (turnovers). Those are kind of things that we’ve been trying to emphasize more than anything.”

Duke has a quick turnaround, playing host to Syracuse Monday night at Cameron.

North Carolina scheduled Marquette for Wednesday at the Smith Center after the Tar Heels’ game against Boston College was postponed.

N.C. State plays its next game Wednesday at Virginia.

Barry Alvarez: “I thought Mel got the most out of his kids this year.”