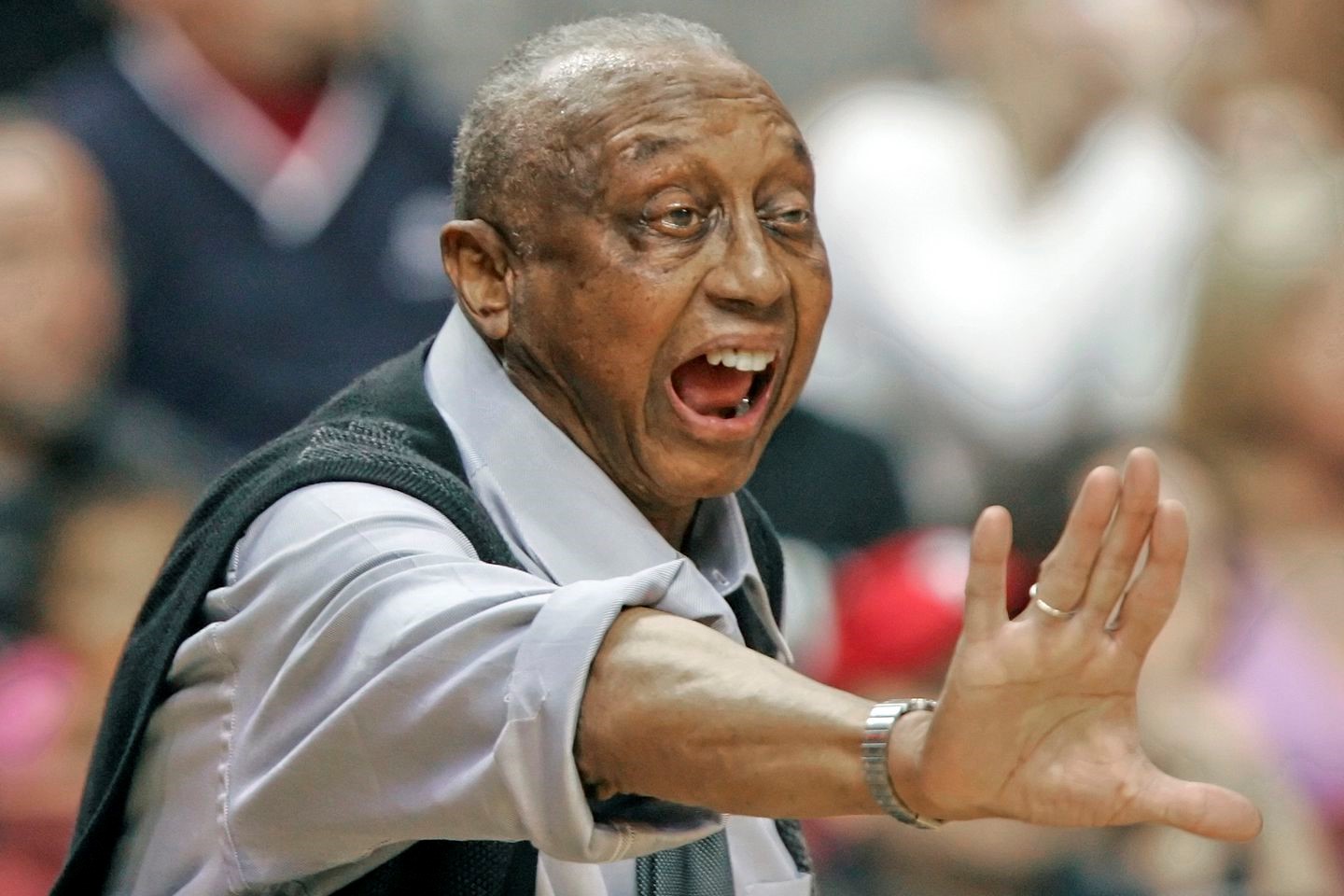 Both men were outspoken and often misunderstood. I was never around Thompson, but I was fortunate to see Chaney up close at the 2001 NCAA South Regional. It was easy to gain a deeper understanding of the man.

What a weekend that was in Atlanta.

Michigan State beat Gonzaga 77-62 and then Temple 69-62, earning a third straight Final Four trip. This was the tipping point for Tom Izzo’s program. He had gone beyond a two-year run behind a generational point guard, Mateen Cleaves, to lifting the green and white to a blue blood. Izzo never likes to be considered a better coach than Heathcote, but it’s when he surpassed his mentor.

Heathcote took the Spartans to the 1978 NCAA Elite Eight and 1979 NCAA title with Magic Johnson as his generational – immortal is a better word – point guard, but the program never reached those heights again despite Heathcote’s multiple NCAA trips.

Heathcote was in Atlanta to see both the Spartans and another young coach he was mentoring, Gonzaga’s Mark Few. Heathcote had retired to Spokane in his home state. He bought season tickets to attend Gonzaga basketball games when he was watching the Spartans on the satellite TV setup Izzo purchased for him.

Before long, Few was having “Mondays with Jud” – lunch at Jack and Dan’s Tavern, a watering hole owned by Gonzaga legend John Stockton’s father. Few, then only 38 years old, picked Jud’s brain while maturing into a head coach. He’s now 58, has the No. 1-ranked team in the nation is on the verge of his 22nd straight NCAA tournament.

Before each NCAA game, the NCAA arranges for the media to meet with the head coach and selected players. Few, in his best protégé voice, commented on how helpful Heathcote had been to him. Then Gonzaga All-American guard Dan Dickau told some Jud stories,

“He’d come watch practices sometimes, sitting along the court in the first row,” Dickau said. “One day we were there playing some pickup games when he came by. I took a three-point shot, and he jumped up and started shouting at me about taking wild shots when there was an open man to pass to.”

Everyone laughed. Jud later denied the story to me. “Lies! Lies! Lies!” he said tongue in cheek. Jud could laugh at himself.

The real fun, though, was Chaney talking about Michigan State before and after their Elite Eight game. Izzo hadn’t been happy with Michigan State’s first-half play against Gonzaga. The Spartans needed a strong second half to put away the Bulldogs.

The nightcap was Temple defeating Penn State. The Nittany Lions were led by a special point guard, Jon Crispin, but once he moved on Penn State fell back to middle-of-the-pack Big Ten standing. That’s what I mean about Izzo’s third straight Final Four without Cleaves demonstrating he had built something lasting.

Questions in the Temple-Penn State post-game media session moved to facing Michigan State. Chaney, not exactly a wallflower, talked about Izzo’s intensity. He expressed mock horror at recalling how his team, while dressing for its Penn State game in an adjoining locker room, could hear Izzo shouting at his players.

He tilted his head as if he puzzled Izzo’s voice had defied the laws of nature.

“We could hear him through cement block walls,” he said.

But the real comedy was the next day before practice when the coach and his players met with the media to discussing the upcoming round. Those sessions are typically filled with cliches. It’s sometimes better for a reporter to go to the locker room for comments beyond canned interviews.

This time it was better to be in the interview room. Temple’s players, gritty Philadelphia kids that were overachievers under Chaney’s direction, began talking about how Michigan State was in for a tough brand of defensive basketball against the Owls.

Chaney, seated at one of end of the table, looked down the row of his players, tilting his head again as if his players were crazy.

Laughs all around the room. This was better than going to the locker room. Cheney was telling his players they needed more than bravado to measure up to Michigan State. They almost did until David Thomas hit a late 18-footer shot to secure the victory.

What a fun weekend.

RIP, John Chaney. How lucky were all those athletes that played for you?

Duke coach Mike Krzyzewski opened his post-game media session on Zoom following Saturday’ 79-53 win over Clemson with a tribute to John Chaney, the Temple coach that died on Friday at age 89.

“He absolutely was one of the best coaches ever. He served as a great example. He knocked down a lot of barriers. In the late 80s and early 90s, he, John Thompson and George Raveling … those guys were giants. On conference calls during that period of the time they were fighting for rights of African-American kids. We had some of the most emotional phone calls that lasted to 1 or 2 in the morning. You know how elegant john Thompson was and George. When John Chaney spoke you could feel there were other people he was talking about. It sent chills through you.

“God bless him. We had a moment of silence for him before the game. That’s the most important thing today, to remember him.”