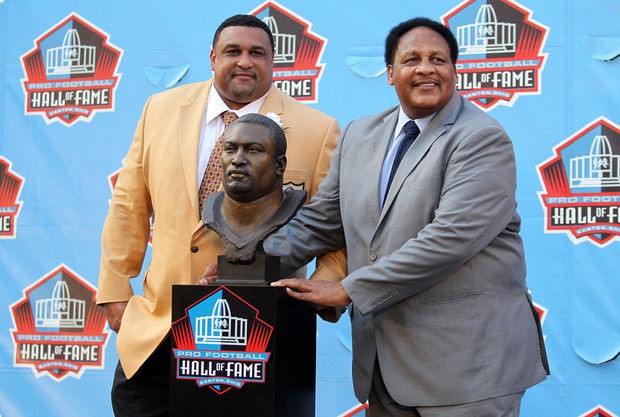 Clifton Roaf’s life spans the best and worst America has to offer.

He grew up in the segregated South in Pine Bluff, Ark. He was a teenager at all-Black Merrill High when historic Civil Rights events unfolded in 1957 at nearby Little Rock. President Eisenhower sent U.S. Army troops to Central High to enforce desegregation, escorting for the Little Rock Nine to their classes.

As a young man, Roaf escaped segregation when he attended Michigan State on a football scholarship, thanks to his athletic prowess and academic standing as class valedictorian.

As an adult, he recently retired after 40 years as a dentist, saying he is “indebted to the people of Michigan State” for his opportunity despite a knee injury preventing him from playing a down for the Spartans. He suffered a knee in spring football of his freshman year.

At Michigan State he met his late wife, Andree Layton Roaf. She was the first African-American woman named the Arkansas State Supreme Court.

And as a father, he enjoyed the denouement of vicarious athletic thrills when he spoke at the Pro Football Hall of Fame in Canton, Ohio. His son Willie Roaf chose his father to introduce him at the 2012 enshrinement ceremonies. He’s also is proud of his daughter, Mary Roaf, a professor at Northern Arizona with a Phd degree; another daughter, Rev. Phoebe Roaf of Richmond, Va.; and son Andrew Roaf of Pine Bluff.

“There is no question America is unique,” Clifton said. “I came from humble beginnings. There is no way I could have gone to college without my football scholarship. I am wearing this ring through the efforts of my son. Where else on this planet could my family’s story happen but in America?”

Michigan State coach Duffy Daugherty learned about Roaf through Raymond Hatchell, a Michigan State College of Education professor. He had visited Pine Bluff when International Paper Company contracted him through the university to evaluate Pine Bluff’s white and black schools systems to ensure they were properly educated to work in the paper mills.

Daugherty, with the backing of Michigan State president John Hannah and athletic director Biggie Munn, brought 44 black players from the South from 1959 to his final season in 1972.

“When Duffy and his staff are given a position in history, they may not be recognized as much as some more famous coaches such as Bear Bryant,” Roaf said. “But when you look at what he and this university did, it’s astronomical. They took people from limited resources that otherwise never would have had such an opportunity.”

But what also makes the Underground Railroad a special story was the 68-percent graduation rate of those 44 players. Escaping segregation meant education — not just football.

“Somehow we have to refocus on education,” Roaf said. “When you look at what happened at (the University of) North Carolina, where athletes were put in educational tracks without a meaningful degree, that’s a tragedy. They were exploited. When I was at Michigan State, my high school principal knew my progress reports. There was pressure on me to take care of my work. Football was the icing on the cake.”

Roaf also is hopeful progress can come from protests that have spread throughout the nation in response to the shooting deaths of unarmed black men — Michael Brown in Ferguson, Mo., and Eric Garner in New York on Staten Island.

“The pundits, erudites and crazies might say because of Ferguson and New York that America is not unique,” Roaf said. “I don’t block out the negatives. The things we went through in segregation and the Civil Rights movement were horrible. But sometimes the positives and the negatives bring us together and provide more opportunity to achieve.

“Only in this country could there be a place like Michigan State where you could find a John Hannah, a Duffy Daugherty, a Biggie Munn and Raymond Hatchell. That is why people cross the desert to come here; they come packed in trucks or in hulls of ships. They know this is the place that offers opportunity. That’s what I taught my children and let my grandchildren know. I get emotional when I defend America.”

Army and Coastal Carolina bring together old and new