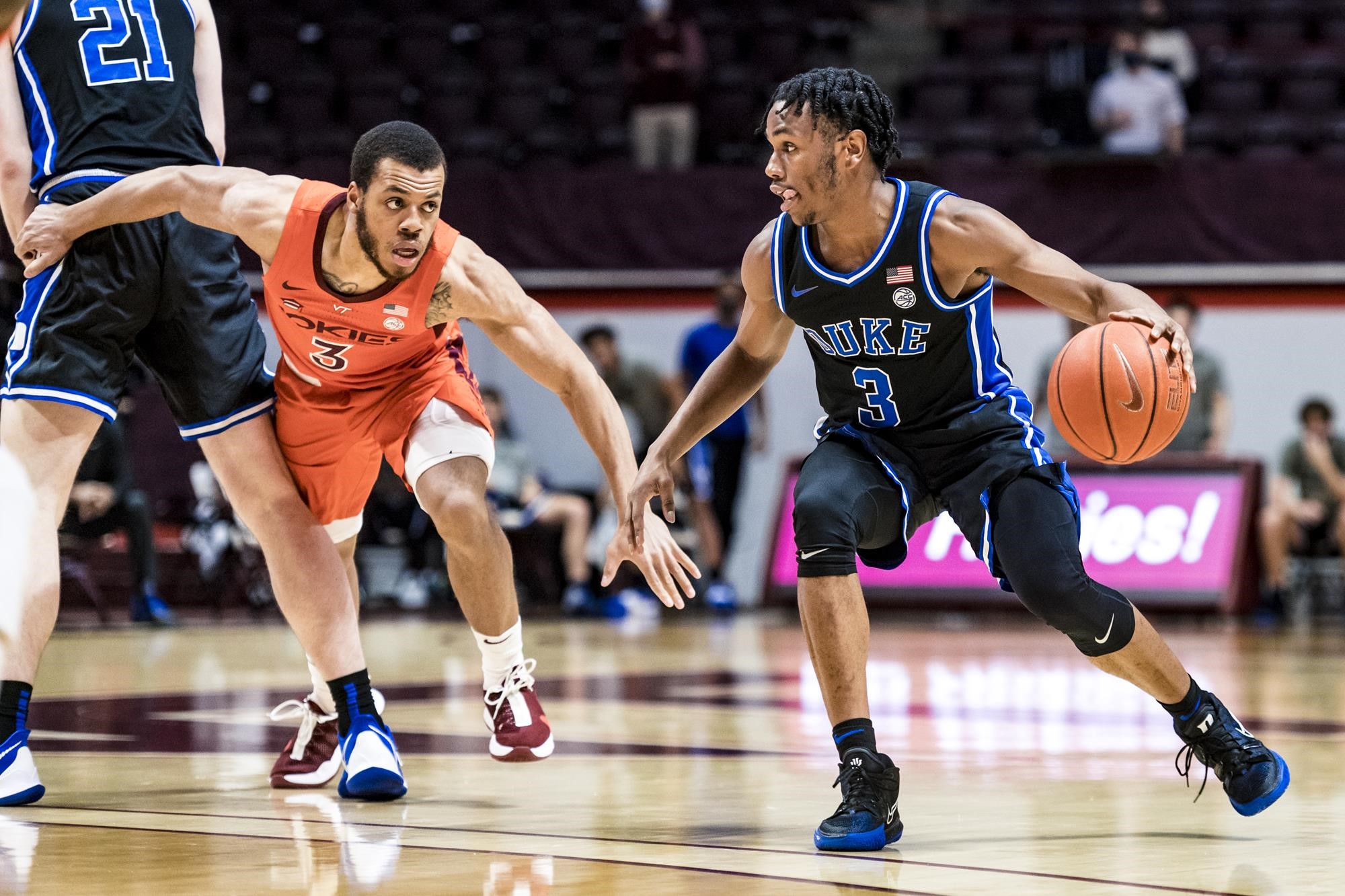 Duke demonstrated it can overcome a double-digit first half deficit, rallying from 16 points down a week ago to beat Boston College at Cameron Indoor Stadium.

But Boston College isn’t Virginia Tech. And the road in the ACC is different.

Duke managed to close an 18-point first-half deficit to 11 by intermission and trailed by only one one point on Matthew Hurt’s three-pointer with 13:12 to play. But Virginia Tech isn’t Boston College. And Duke in 2020-21 isn’t the Duke of national titles or national and conference players of the year.

“We learned a lot tonight on how hard an ACC top-level game is,” Duke coach Mike Krzyzewski said in a virtual media session. “You have to be in the game for 40 minutes and that is a learning experience. We really haven’t been in a game like that in conference.

“They are good and congratulations to them. The kid (Tyrece) Radford was the best player on the court. He had a double-double, his intensity and how hard he plays really helps their team immensely. They have other great players, but tonight, he was their key guy.”

“They are really good,” Krzyzewski said, praising second-year Virginia Tech coach Mike Young’s roster. “Mike’s team knows who they are, their substitution patterns were great. They aren’t the only team ahead of us in that regard, where we are still finding out about our team.

“In the first half they really hit us hard. They played great defense — really strong, physical, and tough. It knocked us back. We have not played in an ACC game like that. At halftime, we reacted great, and I thought we played very well in the second half. More than that, we competed, we played really outstanding defense. They had 28 points in the second half, we had opportunities. We were in a position where our guys came back to put us in a position to win and we could not knock down a shot.”

Johnson returned from a foot injury that sidelined him but played only four minutes. He missed the last three games, but with canceled and postponed dates, he hadn’t played since Dec. 8. Krzyzewski said practice the next week – Duke is off until traveling to Pitt for a game Jan. 9 at the Peterson Events Center — is needed for him to regain his footing.

Goldwire didn’t hit a field goal but added six assists and four steals. He entered the game leading the conference with 2.7 steals a game.

“We knew that Jalen could play, although he has only practiced once,” Coach K said. “I put him in early to see where that would go, he’s not yet ready, for tonight’s game at least. Hopefully, in a week he will be ready for our next game.”