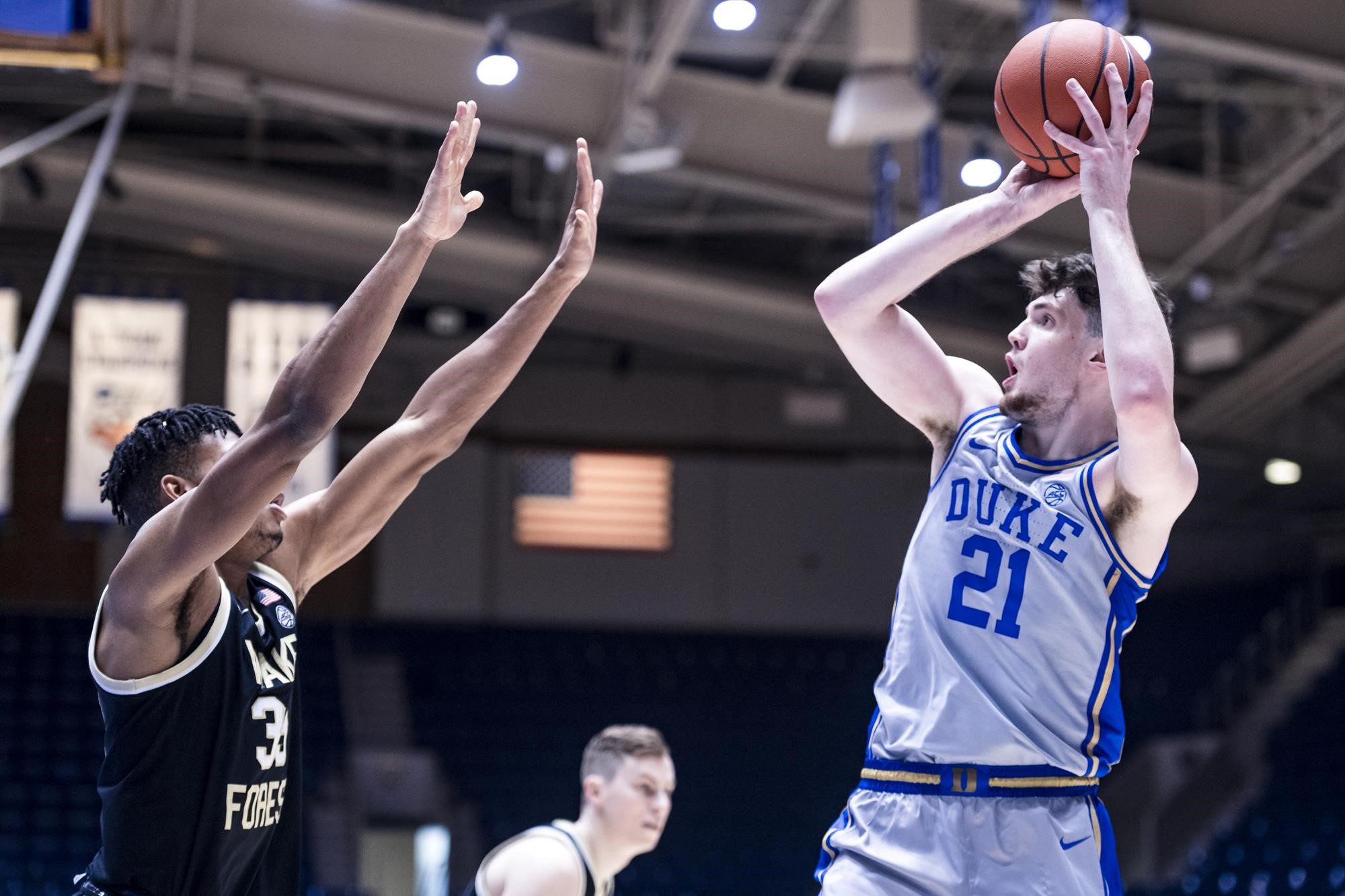 Two months ago, Duke basketball opened the season ranked No. 8, a projection based on a deep and talented roster. Only its youth prevented a higher level.

A month ago, following home losses to Michigan State and Illinois, Duke looked like 10 or 11 jagged puzzle pieces from separate boxes scrambled together, They didn’t fit. Offensive rhythm eluded them.

“We are just an average team that is very young and has to get better,” Duke coach Mike Krzyzewski said after the Dec. 8 Illinois loss.

They weren’t expected to put pieces together anytime soon with what they faced for the next month, but Duke (5-2, 3-0 ACC) has managed to win three straight ACC games. The Blue Devils added Saturday’s 79-68 win at home to victories over Notre Dame and Boston College.

They moved up to No. 19 in Monday’s latest poll voting before returning to the court Tuesday at No. 20 Virginia Tech (8-2, 2-1 ACC). Duke also announced freshman forward Jalen Johnson was cleared from an ankle injury to return to the lineup. Coach K said Johnson will travel but didn’t commit to him playing.

One of the adjustments was to get touches for sophomore forward Matthew Hurt to open up the court for others. Hurt led four players were in double figures to beat Wake Forest with a career-high 26 point on 10-of-15 shooting. Freshman guard D.J. Steward 21 points, senior guard Jordan Goldwire 14 with five assists, three steals and no turnovers and freshman guard Jeremy Roach 12.

Krzyzewski feels not having exhibition games, due to the pandemic, prevented the Blue Devils from adjusting their offense sooner. They began the year trying to Golden State Warriors-like offense with five options.

“That’s something we would have experimented with in exhibition games,” Coach K said. “It took us – especially the Michigan State and Illinois games – to learn that’s not going to work. So, we’ve been constantly working on our offense. The guys are getting game experience. There is more chemistry on the offensive end right now. There has been chemistry on the defensive end. When we lost those two games, our offense killed us because of bad shots and turnovers.”

The three-game winning streak is a surprise considering what the team faced a month ago.

First, Coach K decided his players’ mental health needed a break more than they required playing time in two non-conference games against Charleston Southern and Gardner-Webb. Those games were canceled, although the Notre Dame win was win was played between the two canceled dates. The Blue Devils had a chance to return home for the holidays, visiting with family for the first time since arriving on campus in August.

Then, COVID-19 test results at Pitt and Florida State forced those games to be postponed. Just before the Florida State game, Krzyzewski, due to COVID-19 protocols, was required to isolate himself at home after contact with a family member that tested positive.

His only contact with assistant coaches and players was Zoom meetings.

“I’m really proud of the job my staff and my players have done while I wasn’t physically present,” he said after the Wake Forest victory. “They didn’t get tired of me on Zoom. Listening to me is one thing but when you look at my face for a long time, it’s not the prettiest sight in the world. I appreciate them hanging in there with me.”

Army and Cockrill checked all the right recruiting boxes