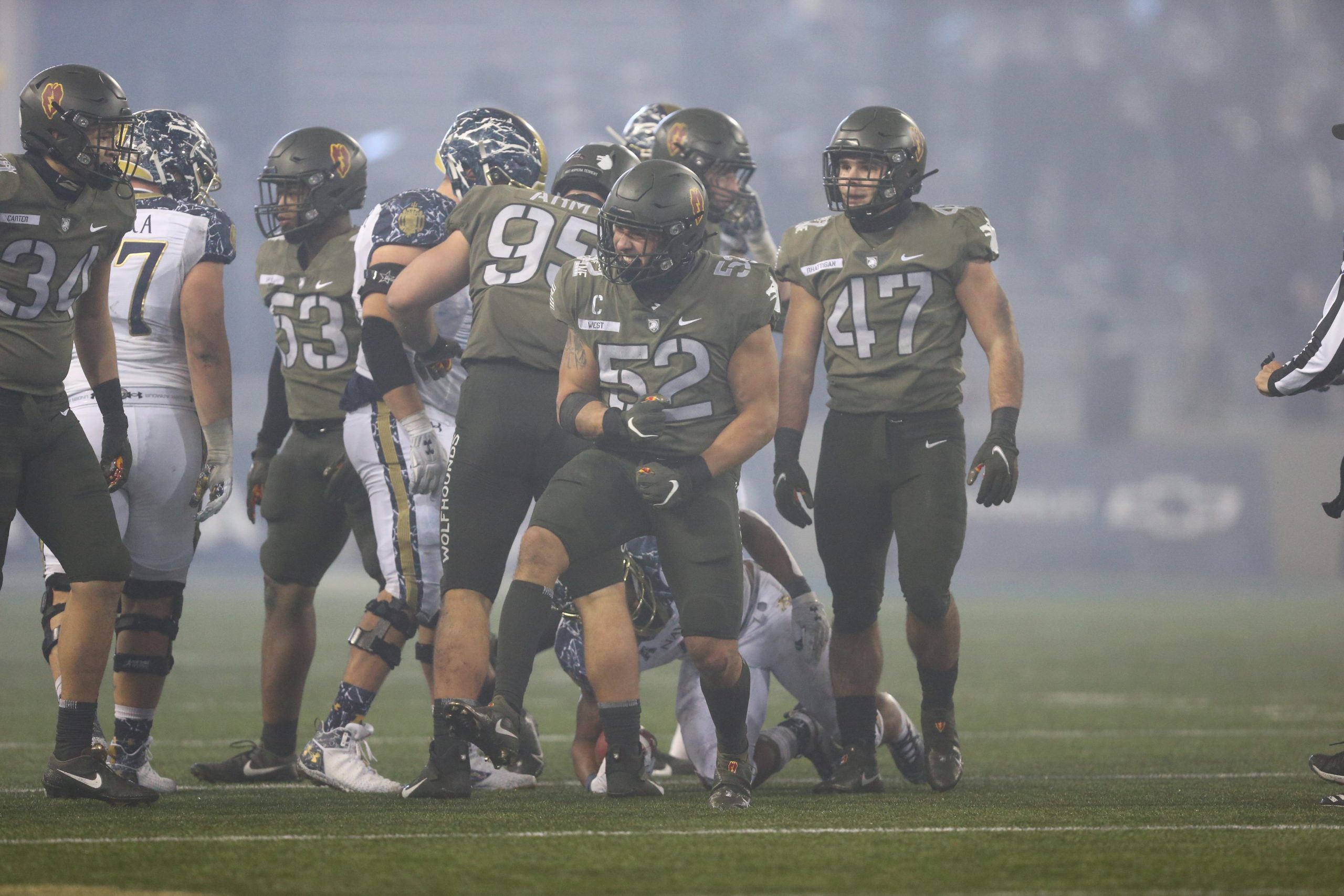 College football is notorious for presenting awards too soon. The Heisman Trophy, the highest profile award, offers too many examples.

The Heisman winner flops in a bowl game. Meanwhile, the runner-up has a big day. Take 2005 for example.

USC’s Reggie Bush winning may not be an egregious example, but it is a recent one to single out. In the 2005 national championship game against Texas he lost a fumble on a frivolous lateral and later watched helplessly from the sidelines as Longhorns quarterback Vince Young scored two fourth-quarter touchdowns. Young’s game winner in a 41-38 comeback victory was an 8-yard run with 19 seconds remaining.

But even though Bush was later disgraced over scandal that forced him to return the Heisman five years later, the 2005 Heisman has remained officially listed as “vacant” and Young the runner-up.

Here’s what I’m suggesting: If ever there was a year when it was NOT necessary to wait until after the bowl games to name an winner, it’s 2020 and the Jason Whitten Collegiate Man of the Year Award.

It’s a leadership prize, so the credentials are subjective, maybe more so than most sports awards. But I say try to come up with a better candidate than Army senior team captain Amadeo West. You won’t.

Yes, he has two games remaining against Air Force (3-2) at 3 p.m. ET Saturday at West Point and the Dec. 26 Independence Bowl in Shreveport, Louisiana.

But Consider Army coach Jeff Monken’s post-game comments following the Black Knights’ 15-0 victory last week in the 121st Army-Navy Game. West recorded nine tackles with one for a loss, bumping his season total to 27 with six tackles for 20 yards of losses and two sacks for 14 yards. Monken, remember, leads a roster full of players with the same mindset to serve.

“Amadeo West is one of the most dynamic leaders that I have ever been around in 32 years,” said Monken, a former Navy assistant and Georgia Southern head coach. “We were fortunate to have him on our team. It’s the leadership he provided, the complete commitment that he has to this team and how he’s everybody’s favorite guy. Everybody loves Amadeo, he’s got that kind of personality.

“But he’s also ultra-competitive and everyone is afraid to disappoint him. They don’t want to disappoint him because if they do something that isn’t right or shouldn’t be doing or not giving their best effort, they’re going to hear from Amadeo West. When you’ve got a dynamic leader like that in the locker room often times you have a very good team. I’m just really proud to be his coach, and I am the entire team.”

Sure, Alabama’s Nick Saban, Clemson’s Dabo Swinney, Ohio State’s Ryan Day and Notre Dame’s Brian Kelly – coaches at blue blood schools with a pass into the College Football Playoff as long as they roll up wins (with a mulligan some years when necessary) – can extoll the virtues of their highly recruited team leaders. But their star player wasn’t voted a team captain by a roster of future officers willing to serve their country during an endless war on terrorism.

That’s what separated West, a 6-foot-2, 245-pounder from Oceanside High in suburban San Diego, from others on the ballot. Not even three surgeries – torn knee ligaments in preseason camp that ended his 2017 season before it began; a torn Achilles heel in 2018 spring football that sidelined him the first half of the fall season; and a torn bicep three games into 2019 that cost the remainder of the year – have lessened his leadership presence in the locker room.

Congratulations to them. I’m sure they’ve great leaders for their team. But they have a built-in advantage playing for a brand-name school. Look no further than what schools dominate the collective list of college football award recipients.

Could they have been elected a team captain among a roster of future officers? Actually, a case can be made for an Army, Navy or Air Force player being among the Witten finalists by default from the very nature of their careers.

He also is worthy of consideration for the Charlotte Touchdown Club’s Defender of the Nation Award presented to a player from Army, Navy and Air Force and other military-based colleges such as The Citadel and VMI. Air Force linebacker Kyle Johnson won last season.

I asked West, whose leadership skills seem inherent in him, how he became such and dynamic leader and how he got through the tough times. Not even his surgeries kept him from marching on – or away from his football career.

“I was not born a leader,” West said. “I think it developed over time through my loves ones, mentors, friends and experiences. A combination of various factors that made me the man I am today and most importantly the leader I am.

“Coach Monken has had a phenomenal influence on me, my mom (Maria Lonedico) influenced me and my experiences throughout my life. The three years I’ve been hurt — all of that has accumulated into my resilience, empathy and discipline. I’m a curious person. I always love to learn. That’s who I am.”

West said the demands of West Point pushed him to overcome discouragement and excel. He didn’t let moments deter him into depths he couldn’t pull himself out of the next morning.

“I think it’s a combination of everything whether it be military, football, school or the injuries,” he said. “They all pile on each other. Whether your hurt or not they expect a standard out of you. The day after I got out of surgery (2019) I was attending formations. That’s the standard set here and they don’t drop those standards.

“At the end of the day we’re supporting the lives of Americans and we’re defending the Constitution of the United States. The standard is high here. So, all of that together it makes it a challenging institution — the most leader-developing institution in the world, in my opinion.”

That’s a worthy candidate difficult to overlook for a leadership award.