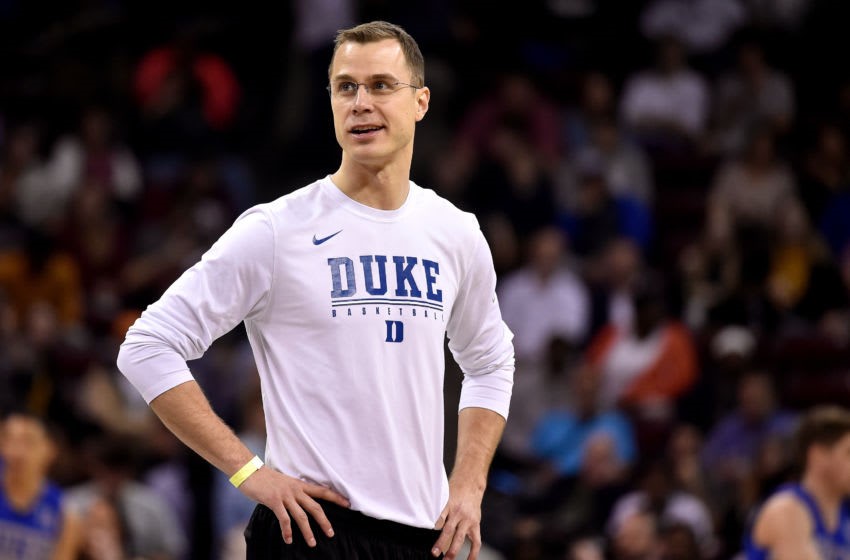 Duke basketball coach Mike Krzyzewski’s reputation has been sticking with the same six to seven players throughout a game and a season. He wasn’t much on going to the bench while advancing to 12 Final Fours and winning five national titles.

But last year he was still rotating nine or 10 players into January and February. Maybe 11 if you count the increased playing time for Justin Robinson in the final couple of weeks before the COVID-19 pandemic ended the season.

Coach K had stated since ACC media days this was a throwback team that would rely on more players, but no one believed him. Pundits continued to doubt him through December and into January.

Well, look for more of the same this year.

“I think with this team we’re still figuring out our lineups and rotations,” said Jon Scheyer, Duke’s associate head coach in a Friday Zoom call. “We don’t necessarily have a guy we’re just going to throw the ball to. We’ve had Zion Williamson (2018-19), Marvin Bagley (2017-18) or even Vernon Carey last year where were just going to throw it inside and most of the time we come away with two points, maybe even three points.”

Scheyer offered a glimpse of the 2020-21 team’s focus when he mentioned Hurt, a sophomore forward that added 20 pounds to his 6-9 frame to now check in at 240 pounds.

“Matthew Hurt has been our leading scorer if not every day most days,” Scheyer said. “He’s been doing it from everywhere. He’s played at an incredibly high level of confidence, which we’ve talked to him about. It’s been great to see.

“Mark Williams has been protecting the rim at a high level. He’s a lob threat at all times and just seeing the way he’s moving is very good. I’ll tell you what, Henry Coleman — I don’t know if I’m surprised — but he’s impressive what he’s done in practice up to this point. He runs the court hard and he’s comes ready every day. He’s a versatile defender. He’s got a great attitude he comes ready every day. His got a great a motor and great energy. His skill set is improving. He can get better still but Henry has been terrific for us.”

Time will tell where the other parts fit as the season progresses. But don’t expect Krzyzewski to settle on six or seven players anytime soon.