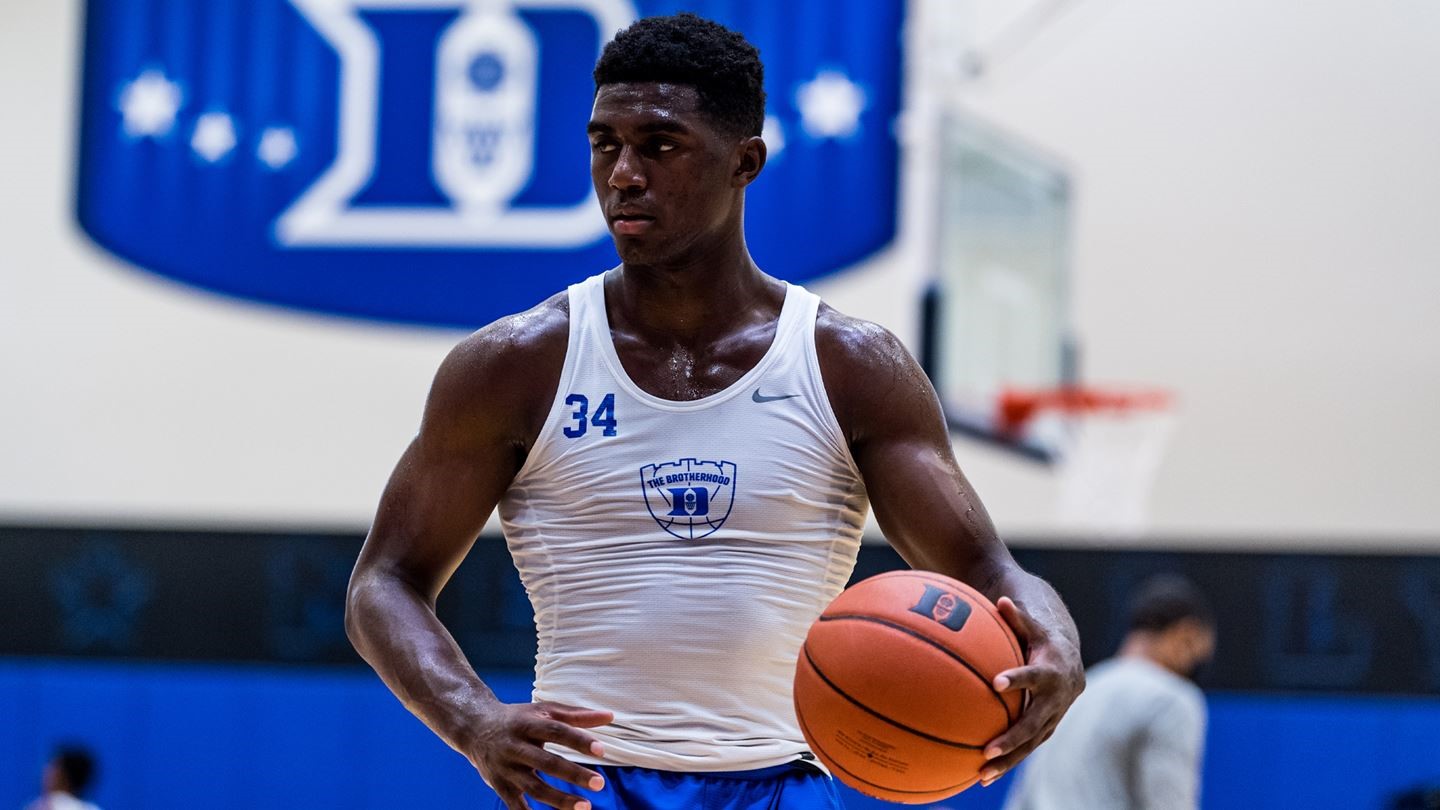 Henry Coleman III is a Duke basketball freshmen just a few days into his first year of classwork and months from his college debut, but a campus rally confronting racial injustice and systemic racism wasn’t too big for his world awareness.

He was among those who addressed the crowd that gathered near Cameron Indoor Stadium designed to also spur voter registration. Duke coach Mike Krzyzewski and assistant Nolan Smith organized the Thursday rally and were among the speakers along with women’s basketball coach Kara Lawson.

When Coleman’s turn came, his teammates gathered behind in support for the moment. He took it to the basket with heartfelt words as a moved the audience. He spoke with the authority of a guy that was his high school senior class president at Richmond (Va.) Trinity Episcopal.

Coleman, a 6-foot-7, 220-pound 4-star forward, gained enough attention on social media and the media that Duke made him available to the media on a Monday Zoom call. He spoke of the daily degradations a young African-American experiences.

“My whole life it’s been micro-aggression,” he said. “Nothing too crazy. It’s been going to the store and having people follow you around. Running through the neighborhood and having people look at you a certain way. It’s a constant feeling of going out the door every day, ‘Will I make it home?’ It’s something you have to live with. It’s something a lot of African-Americans in the country have to live with.”

He has a deeper awareness from listening to his parents and also began to question what he was taught in history classes while growing up in a city that was the capital of the Confederacy. A statute of Robert E. Lee has stood at the center of the city since 1890.

“Growing up it was something you had to get used to,” he said. “As a young kid I had it explained in history classes this was the head Confederacy during the Civil War. You got used to seeing it.”

But in the wake of George Floyd protests, Virginia Gov. Robert Northern announced on June 4 plans to remove the statue. Coleman was stunned but pleased by the sudden change of events.

“It was truly unbelievable to see what happened. I was speechless. I knew a lot people who went down there. It was true work of art.”

Coleman also is mauture enough to understand the influence from Georgetown basketball coach John Thompson, the College Basketball Hall of Famer that died on Sunday, even though Thompson coached his last game in 1999. Thompson was the first African-American coach to win a national title in his 28 seasons at the Washington, D.C. school.

“I definitely know a lot of him,” he said. “He was super influential in the area and also across the country and across the world. I had a coach named Robert Churchill who played under him. He had a ton of quotes he used almost every day during practice. He was somebody my parents (Hank and Cynthia) talked about. My parents were big fans of him.”

As for Coleman’s game, he has been compared to Justise Winslow, one of three one-and-done NBA first-round draft picks that led Duke to the 2015 NCAA title. Winslow was strong to the basket as a 6-6, 222-pounder.

“A guy that can get down hill and use his strength,” Coleman said of how he would compare his game to Winslow. “I think on that 2015 team a lot of people overlooked how good of leader he was. He brought energy whether he scored 3 points or 30. He had a knack for winning. That’s something I hopefully can do for this team, and I know that I have.