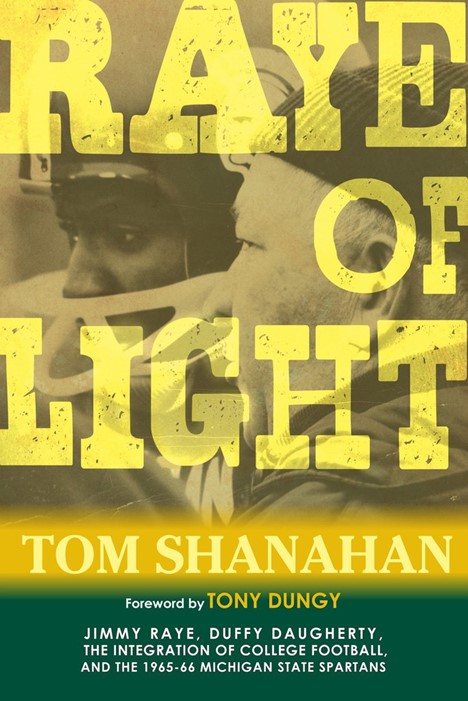 To my faithful readers:

My collaboration with Jimmy Raye, a member of that original Underground Railroad, and other MSU players of that era, was a key to telling a story that wasn’t properly told in the past.

You may have heard there is a movie, “Black Spartans,” in pre-production in Atlanta.

Jimmy Raye, Gene Washington, Bob Apisa and others all featured in Raye of Light, advise me that they were never contacted about the project. The movie is apparently based on a book by David Claerbaut, which came out four years after Raye of Light. His book cited research that I uncovered — through special sources that didn’t share information elsewhere — and that I used in Raye of Light.

Jimmy Raye and others have taken legal action against Black Spartans. This story is from a Hollywood website, “Deadline.”

Meanwhile, I will continue to search for that national tripwire that triggers spreading the true story of college football integration leadership to see that Michigan State is rightfully recognized. It’s an uphill battle. The national media prefers the myths and fiction about Bear Bryant, casting him as John Wayne, that have been at the expense of Daugherty’s legacy and of other true 1960s pioneers.

Toward my quest, I have two upcoming books:
THE RIGHT THING TO DO
Duffy and the True 1960s Pioneers, North and South
Foreword by Ruffin McNeill
Prologue by Mel Tucker