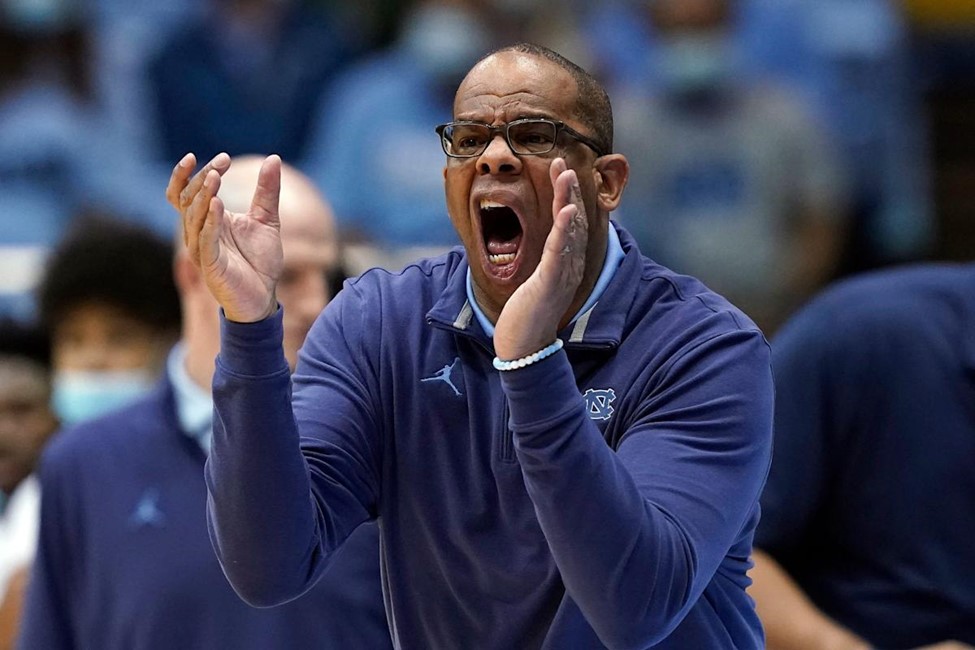 There apparently won’t be a Round II in the handshake line if North Carolina and Duke meet in the ACC Tournament this week in Brooklyn.

North Carolina coach Hubert Davis was asked in his Tuesday media session on Zoom about the kerfuffle that developed after the Tar Heels won Saturday at Duke. A video circulated that showed Duke assistant coach Chris Carrawell blowing past Davis without shaking hands and Davis looking back at him in surprise.

Henderson, who played at Duke 2006-09, wrote Davis snubbed the Blue Devils before the game. Davis didn’t address the snub accusation, but he said he spoke on Monday with both Jon Scheyer, Duke’s coach-in-waiting with Mike Krzyzewski retiring at the end of the season, and Carrawell.

“I had two great conversations with both of them,” Davis said. “My relationship with Coach K and the rest of the coaching staff before the game was in a good spot and it’s in a great spot now. I really enjoyed my conversations with Jon and Chris and at end of our conversations we wished each other luck the remainder of the season.”

Prior to Duke winning at North Carolina in February, Krzyzewski spoke of his respect for Davis. He added Davis’ father-in-law was one of Coach K’s teammates at West Point.

“We have a great relationship,” Krzyzewski said. “Hubert is one of the really good people on this planet. He and his family are great. His father and law and I were teammates at West Point, Bobby Seigle.”

The ACC tournament opened with early round games Tuesday at the Barclay Center in Brooklyn, but North Carolina and Duke don’t play until Thursday. They have two byes to the quarterfinals — the No. 7-ranked Blue Devils (20-5) as the top seed and the No. 25 Tar Heels (23-8) as the fourth seed.

Davis, in his first year as head coach at his alma mater after serving 10 years as an assistant, says his team has continued to play with resilience while seeking an identity.

“I think that’s been proven by the way this team has continued to persevere and bounce back through ups and down of the season to put themselves in position they are right now,” he said. “I couldn’t be any happier with the guys in our in the locker room now.”

Davis also revealed a bit of trivia about his days play for Dean Smith, 1988-92, while taking a shot an old NC State rival.

“When I was here at Carolina, we didn’t do scouting reports. Coach Smith wrote names of opponents on the board. He put a star by guys that could shoot and two stars by the guys who could really, really shoot. His theory was if we do the things we practiced in practice, it doesn’t matter what plays they run. It will put us in position to be able to defend it and play it the right way. I really believe that. I know we have shootaround sessions and scouting reports and in large part it’s overrated.”

He clarified North Carolina does rely on scouting reports. But he added some humor about who got stars. Guys with two stars, he said, were Dennis Scott (Georgia Tech), Tom Gugliotta (NC State) and Rodney Monroe (NC State).

Davis’ story about Dean Smith not relying on scouting reports reminds of a story Keith Erickson, the former UCLA All-American player and 12-year NBA veteran, has said about UCLA coach John Wooden also not relying on scouting reports. In a Minnesota-UCLA game, Wooden repeatedly chastised Erickson for his inability to defend a a Minnesota player. Erickson finally shouted back at Wooden, “The guy is pretty good!”

The “guy” was Lou Hudson — who was on his way to legendary college and NBA careers.