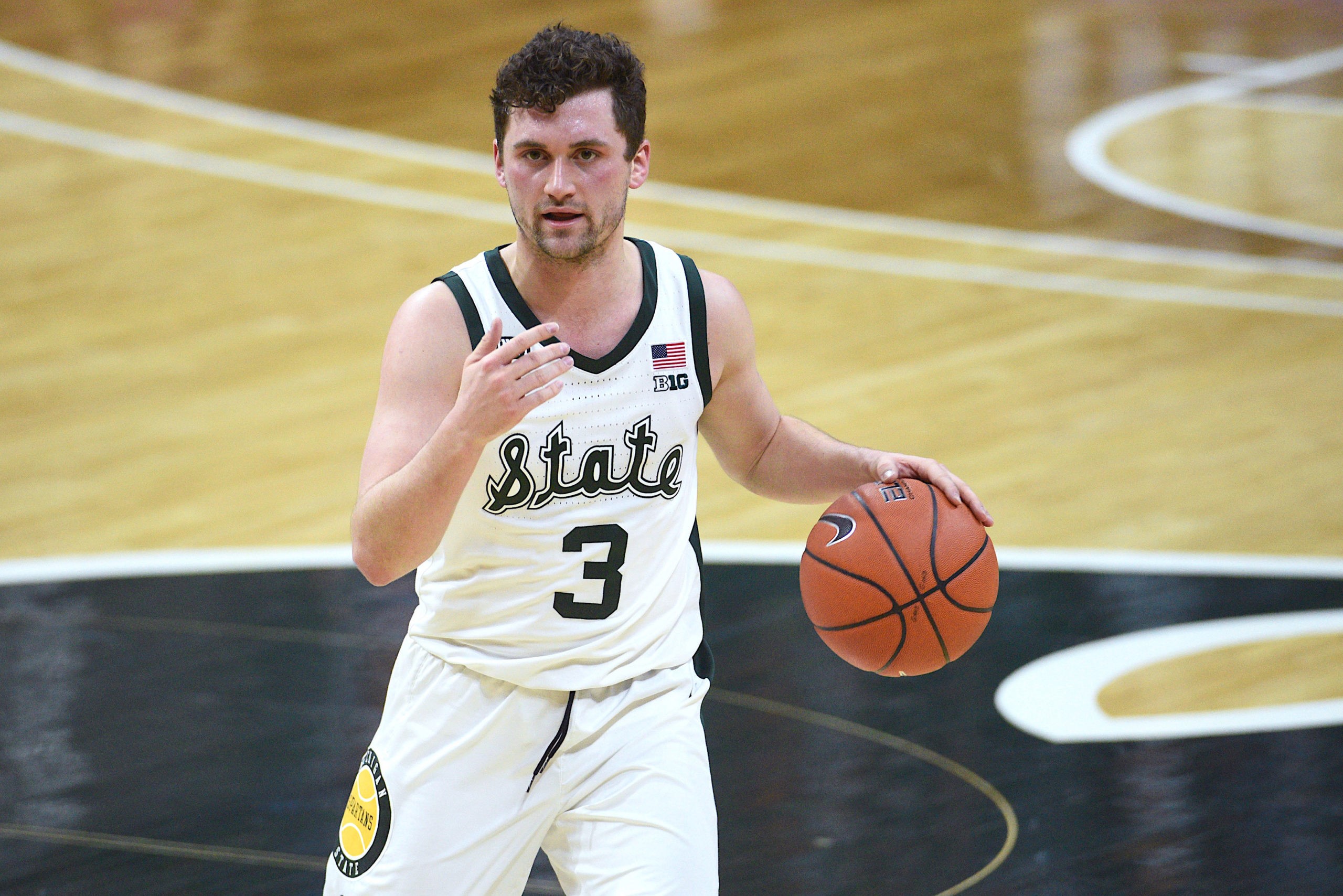 Welcome to college basketball in the era of the transfer portal. It’s hard to keep track of who’s coming and going. The reasons vary, with Jones and Loyer prime examples in contrast.

Bates isn’t worried about playing time at Duke. He played four years at Davidson but has one year of eligibility remaining, thanks to the NCAA granting an extra year due to the pandemic. He’s experiencing a national championship contender roster while pursuing his Masters degree.

Loyer’s transfer was about increased playing time and regaining his shooting rhythm after leaving his home-state national title contender to a join a program with a history of pulling off NCAA upsets – not to mention the alma mater of two-time NBA MVP and three-time world champion Stephen Curry.

But despite the logistics of one coming and the other going, Jones and Loyer recently crossed paths in the off-season. Davidson isn’t far from Jones’ home in Charlotte.

“Foster is fitting in really well,” said Jones last week at Duke’s media day. “I played some pickup games with him at Davidson. He was really playing well. He was scoring a lot of points. He’s a smart guard and can score. Guards at Davidson do really well. I’m sure he’ll have a great season.”

Loyer, under-sized as a 6-foot, 175-pounder, was the state of Michigan’s Mr. Basketball as a senior in leading Clarkston High to the 2018-19 state title. He had his moments with the Spartans and commanded enough respect to be voted a team captain last season despite his backup role.

Davidson coach Bob McKillop has a 607-372 career record at the school, including a 3-9 record in NCAA tournament play. He was named the 2008 Coach of the Year by the National Association Basketball Coaches Coach. That seaon Curry led Davidson to the Elite Eight as a No. 10 seed. Davidson knocked off No. 7 seed Gonzaga, No. 2 Georgetown and No. 3 Wisconsin before falling to eventual national champion Kansas, 59-57.

“Davidson is a great place for Foster,” Jones said. “Coach McKillop has had successful shooting guards, and I’m sure Foster will do the same for him.”

Jones has been at Duke long enough to note the similarities between McKillop, 71, and Blue Devils coach Mike Krzyzewski, 74.

“They’re both very attentive to detail on the court and how you play with your skills,” Jones said. “They’re both great leaders that get the most out of us.”

Although Jones started only two of 22 games last year, averaging 2.6 points and 2.6 rebounds, when he consulted McKillop about the transfer portal, his name wasn’t listed long before coaches contacted him. One that surprised Jones was Jon Scheyer, Duke’s top assistant and coaching-in-waiting while Coach K spends his final season on the bench before retirement.

Jones hit 12-of-32 shots from 3-point range (.375), all six of his free throws and handed out 18 assists to five turnovers. That may not mean much with the talent Duke has in front of Jones to send on the court, but the Blue Devils value his steady hand in practice as well as off the court.

“My job is to help the team wins games,” Jones said. “I need to space the floor, knock down shots and rebound. I need to talk a lot in practice and share my experience whether it’s on the court or off it. I played four years and can help the younger guys.”

Coach K first joined the coaching profession as a graduate assistant for Bobby Knight at Indiana (1974-75) followed by five seasons at Army and now his 42nd and last at Duke. You don’t have to tell him or McKillop times have changed.