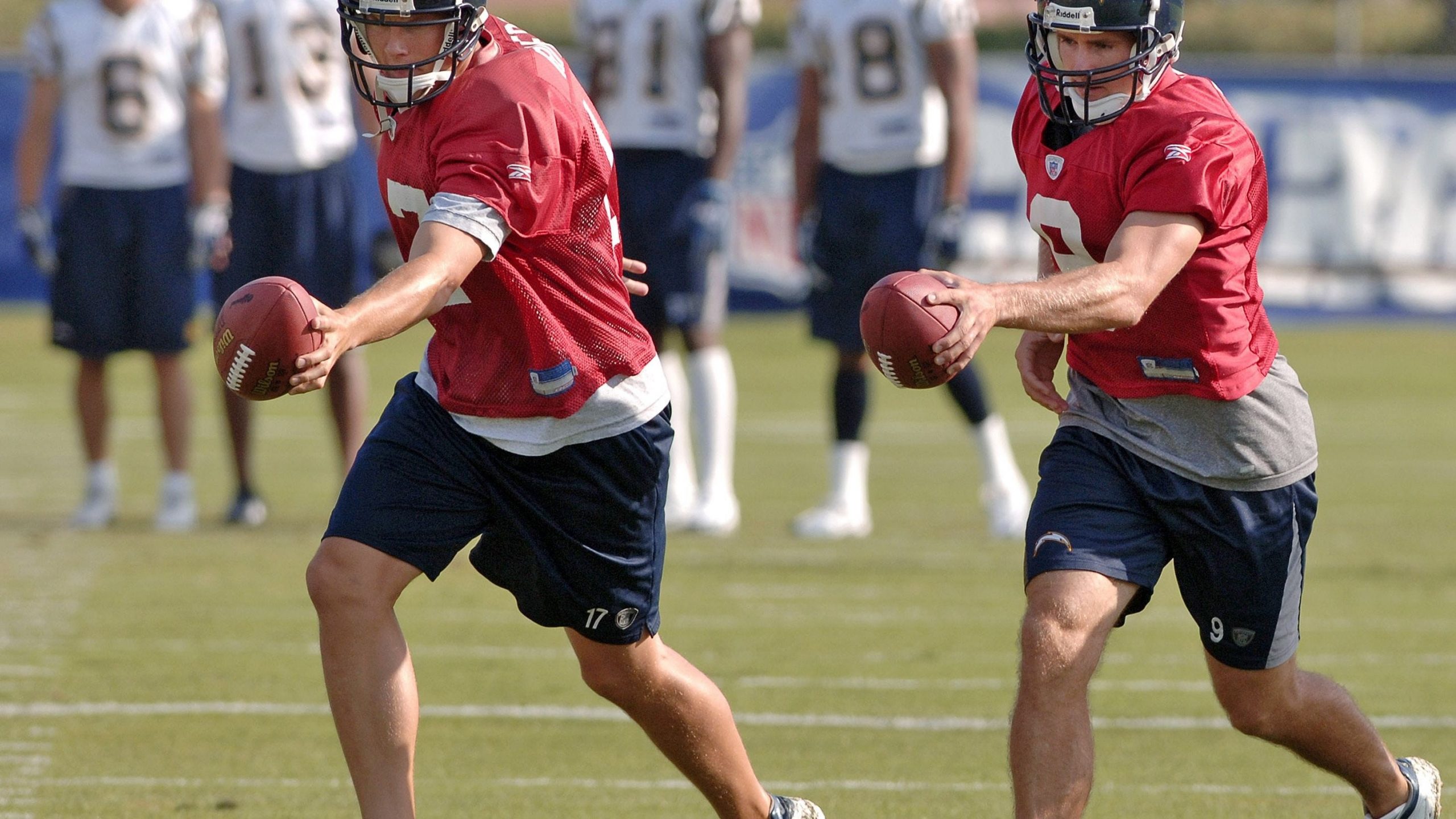 The long simmering Carson Wentz trade discussions have included debate discussing more than simply what teams were willing to give up for the Philadelphia Eagles’ former golden boy quarterback.

The answer to the first question has boiled over to a conclusion.

The Indianapolis Colts are sending the Philadelphia Eagles a 2021 third-round draft pick and a conditional 2022 second-round pick that could be upgraded to a first-rounder based on Wentz’ 2021 play.

The tougher question to answer, though, remains. Can Wentz convince his new colleagues he is a good teammate? Wentz never properly demonstrated such leadership in Philadelphia playing the most important position in a team sport.

Listening to the topic on various sports talk shows took me back to the Chargers’ offseason between 2004 as AFC West champs and preparing to defend the title in the 2005 season. That was back when the franchise was a San Diego civic treasure rather than a tenant of the Los Angeles Rams.

The Chargers had two quarterbacks entering 2005 – Drew Brees, coming off his first Pro Bowl season, and Philip Rivers, San Diego’s franchise pick in the 2004 NFL draft. That could have been an awkward situation throughout 2004 and 2005, but no one has accused Brees or Rivers of being a bad teammate.

Not then or now.

When Rivers held out for a better rookie contract, missing a significant part of 2004 training camp, Brees wrapped his jaws around the starting job like a bulldog. He didn’t let go. Rivers sat and learned in 2004. He was prepared to learn for another year in 2005, but he quietly let it be known he didn’t want to sit again in 2006.

We were both put here by chance. We both have the mindset that we want to be starters in the league for a long time, and I think ultimately that will happen.“

One sunny June afternoon in the 2005 off-season, when the locker room was quiet after a mini-camp practice, I was able to interview Brees and Rivers separately in a story I wrote as a columnist for “Voice of San Diego” about their relationship. How did they manage to work so swell together under awkward circumstances?

The irony was Brees identified Doug Flutie as the guy who taught him how to be a good teammate. Yes, the same same Doug Flutie that Rob Johnson had accused of stabbing him in the back as Buffalo Bills quarterbacks in 2000.

The Buffalo split was so acrimonious, the Bills cut Flutie. He signed with the Chargers and started all 16 games in 2001, Brees’ rookie year as a second-round draft pick.

“All I know is the way Doug treated me, and that was first class,” Brees said. “He really helped me develop as a player, and I’ll forever be thankful to Doug for that. He was a veteran that could have looked at me as a threat, but he was a true professional, and he should be remembered for that.”

By 2005, there was no longer room for Flutie. He was let go and he played his final NFL season in his native state with the New England Patriots. Rivers was No. 2 with the 2006 question hanging like a TBA cloud.

“He knows I didn’t come to San Diego saying I was going to beat out Drew Brees, and he didn’t say things about how he wasn’t going to let me come in here and ruin his career,” Rivers said that same June 2005 afternoon. “The last thing I wanted was my success to come from his failure. He wasn’t a bad player, and he’s shown that.”

We should all have been so fortunate work with a colleague like Brees or Rivers in the cubicle next to us.

Another Rivers quote was prescient.

“We were both put here by chance,” Rivers said. “We both have the mindset that we want to be starters in the league for a long time, and I think ultimately that will happen.”

He was right. They were both durable and productive.

But it took an injury to set them on separate paths. Brees suffered a shoulder injury in the 2005 regular-season finale that required surgery. The Chargers gave him free agency. After the Miami Dolphins, with then-coach Nick Saban following the team doctors’ advise, decided his injury was too much of a risk. Brees instead landed in New Oreleans, lifting the Saints to new heights.

Rivers, 39, has retired after his 2020 swan song with the Colts following 16 years with the Chargers (13 in San Diego, three in Chargers’ temporary Carson home). True to Rivers’ humble nature, he’s content to return home to Alabama and coach high school football, following in his father’s footsteps.

Brees, 42, is contemplating retirement after 20 seasons, the last 15 with the Saints. But whatever he does, it will involve supporting his community. He has done so since he arrived in New Orleans.

They might meet again in the Pro Football Hall of Fame, although there is more debate about Rivers’ candidacy than Brees. Rivers doesn’t have a Super Bowl title, which weighs heavily among the voters. Brees led the New Saints to the 2009 season Super Bowl XLIV title.

Wentz is now filling the seat Rivers kept warm for a year. The Colts might be wise to have Professors Rivers, Brees and Flutie teach him a few lessons on how to be a good teammate.