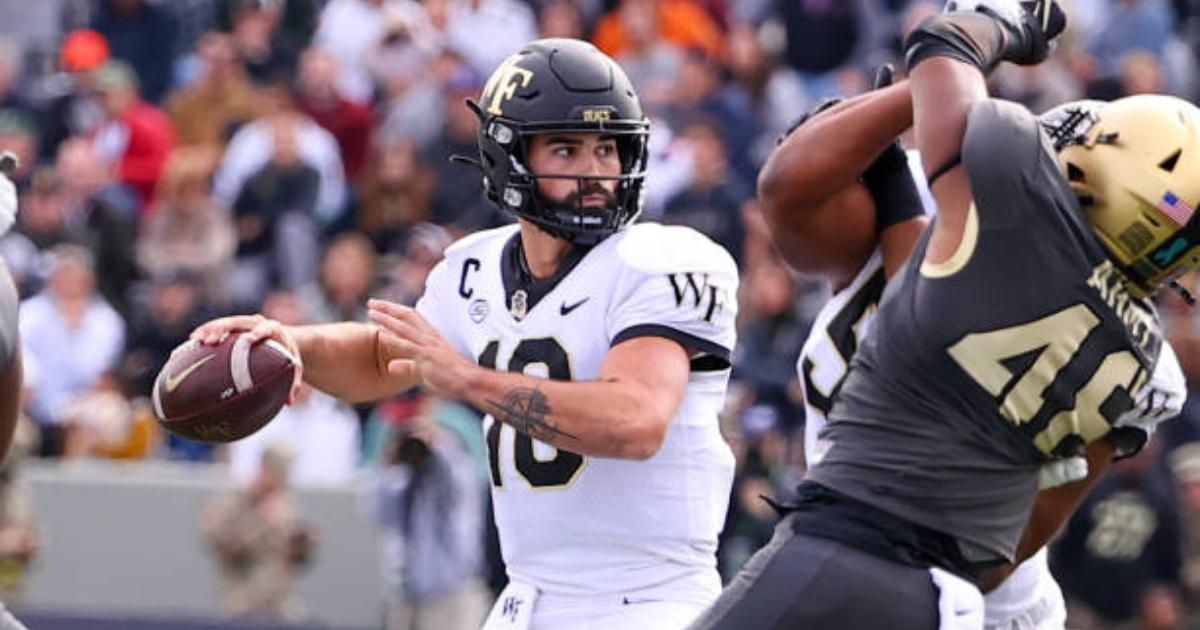 “That slow mesh is their MO,” Blackwell said. “It holds the linebackers and safeties, and if they hold it (long enough), it opens a window for a pass over their heads. If not, they get two good yards (running the ball). It works.”

Mesh handoffs typically last about a split second ahead of the pass rush. Plenty of teams and quarterbacks run mesh plays, but Hartman has a knack for holding the ball for a second or two. His awareness of the defensive line’s penetration gives his receivers an extra second to gain a step.

That step can be the difference between a broken-up pass or a 10- to 15-yard gain turning into an explosive catch-and-run of 30 yards or more. Hartman and his running back have the timing down so that one doesn’t move too soon, coughing up the ball into a turnover.

Army’s failure to find a way to pressure Hartman gave him more time than he needs. The guards and center formed a semicircle in front of him and the tackles split the outside rushers wide.

“They’ve got a good combination of protecting him,” Duke coach David Cutcliffe said. “They do a great job of throwing to spots. He’s really accurate. You just got to compete at a whole, entirely different level. You got to mix up the looks. You’ve got to change. You can’t just let him know where you are all the time.

“He’s not just a gifted quarterback physically, he’s a gifted quarterback mentally. So, he gets the job done. About the only thing you can hope for is when they get 10 in one game that maybe they went way over the quota, two-week quota. It’s a really challenging thing.”

His 2,073 yards passing, 19 touchdowns with only three interceptions and a 65.2 completion percentage don’t separate him from other quarterbacks gaining more yards and more Heisman hype.

But those quarterbacks haven’t lifted a .500 program to a 7-0 start and contending for a conference title. Wake Forest last won an ACC crown in 2006. The only other ACC title was in 1970. Wake Forest coach Dave Clawsen was 40-45 in his first six seasons at the school until now climbing to 47-45.

Cutcliffe, who has a vote in the USA Today coaches’ poll, didn’t reveal where he ranked the Demon Deacons, but he did say it was in the Top 10.

“An offense and a quarterback that’s playing as good, if not better, than anybody else in the country,” he said. “I’ve got them ranked higher than what they are in the polls because I’ve watched them on film for a while.”

Meanwhile, Duke’s “mesh” task is sticking together to end a three-game losing streak and remain in contention for a bowl eligibility. A year ago, Duke was 2-3 before finishing 2-7.

“I think guys this year made it a point to stick together and not to quit on each other,” Blackwell said. “Not that the team did that last year, but it’s easy to get down when things go bad. I think we’ve tried to clean things up in bye week and get ready for the next week. I think we’re in a good place.”

Carrawell likes what he sees from Williams, Worthington sees even more head to head in practice