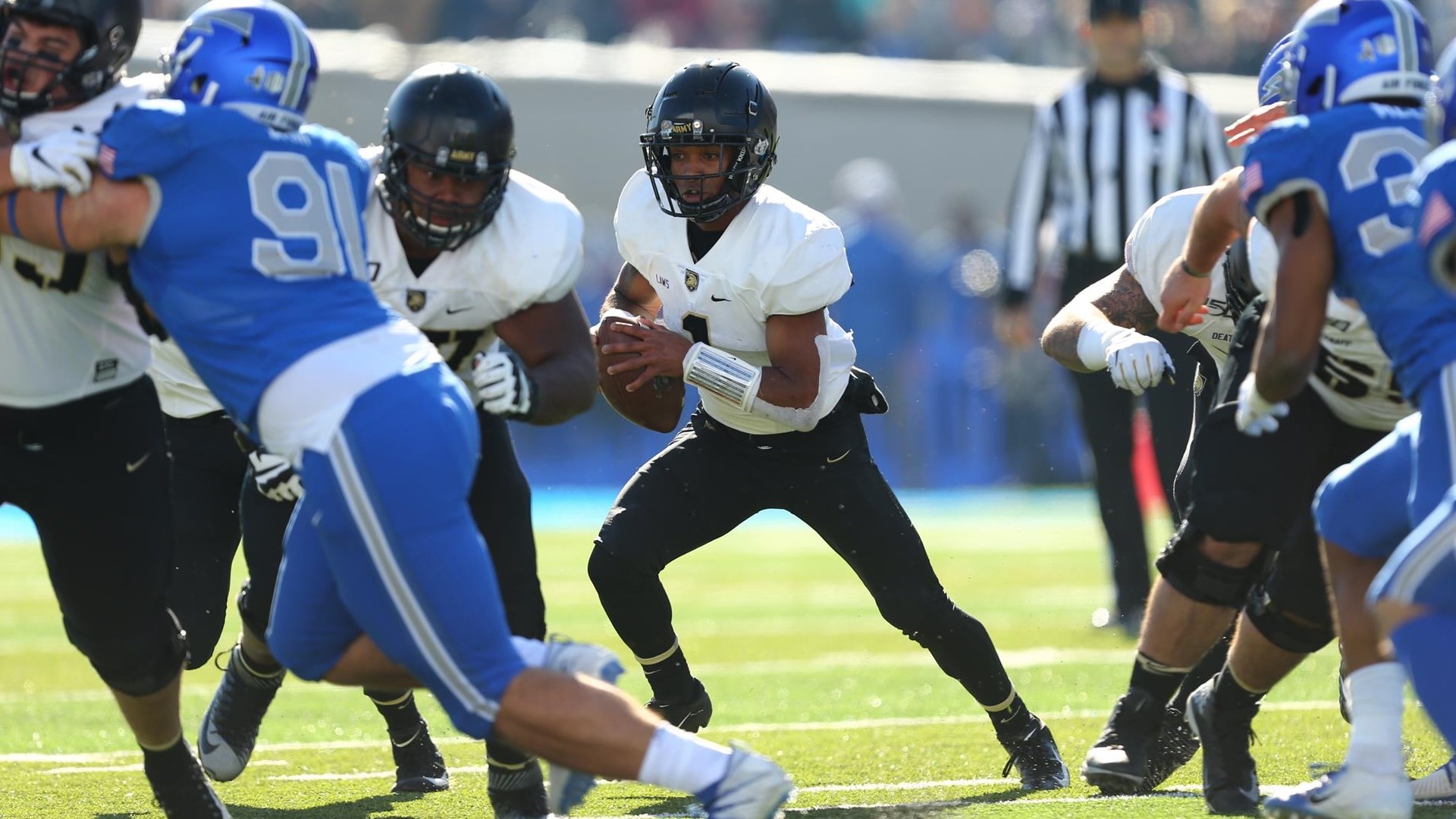 There are many football axioms, but this one applies to the game’s most important position: “If you have two quarterbacks you have a none.”

Junior Tyhier Tyler and senior Jabari Laws each accounted for a touchdown in last week’s upset bid at Wisconsin that fell short, 20-14.

“Using more than one quarterback is a good thing,” Davis said. “The guys have a chance to go to the sideline and watch what’s going on so when it’s their turn to go back in, they get into the flow the game in terms what calls we’re seeing.”

Army may show more of the same this week as No. 16-ranked Wake Forest (6-0) faces the Black Knights (4-2) at noon Saturday at Michie Stadium. West Point takes a13-game homefield winning streak into a contest Army announced Wednesday is a sellout at the 38,000-seat field on the Hudson River.

“To me, we have quarterback unit,” Davis said. “We don’t have just a quarterback. We have a unit. They work together and support each other. Coach (Cody) Worley does an outstanding job having a lot of guys ready. They continue to improve.”

You can bet at Oklahoma they’re not talking about the advantage of sharing the quarterback role at Oklahoma between former Heisman Trophy candidate Spencer Rattler and upstart freshman Caleb Williams. In a conventional offense, a quarterback controversy can divide the locker room.

Sharing the ball blends into the West Point culture that emphasizes “Brotherhood” from the first day of freshman year Beast Barracks — boot camp.

Army was off to a 4-0 start with Christian Anderson, but he was knocked out of the fourth game, a 23-10 win over Miami of Ohio, with a shoulder injury. He has been out for three weeks – a 21-14 loss at Ball State, a bye week and the Wisconsin game.

The challenge to the triple-option offense is finding a quarterback that can endure the hits of a ground-game and mix in passing ability. Anderson provided the best balance, having rushed for 58 times for 431 yards (7.6 per carry) with five touchdowns and completing 8-of-15 for 187 yards and three touchdowns.

In the Wisconsin game, Army struggled in the first half before finding a better balance with Tyler and Laws in the second half.

Tyler is the better runner. He finished an eight-play, 54-yard drive with a 5-yard touchdown run to trim Wisconsin’s advantage to 14-7 early in the fourth quarter. He ran 17 times for 90 yards.

Time of possession is another key the success of the triple option. Army leads the nation at 37:58, but the Black Knights’ slow start in the first half allowed Wisconsin to take a 13-0 lead. Army controlled the ball 17:33 to 12:27 in the second half while outscoring the Badgers 14-7.

Laws was limited early in the year by his grueling recovery from a second torn ACL surgery that cost him the 2020 season, so junior Jemel Jones and sophomore Cade Bernard have also seen the field.

“We’re close in our quarterback room,” Tyler said. “Jabari Laws is my best friend off the field. We do everything together. I go to his house use he goes to my house. Christian Anderson I have grown closer, he’ a soldier. Jemel Jones, Cade Ballard — everybody has the ability to push each other every day. There is only healthy competition in the room. We’re best on friends on and off the field.”

Laws credits his teammates for making it back to the football field.

“These guys kept me up when I was down,” Laws said. “They encouraged me and pushed me to be better every day. I’ve got to thank the quarterback room. They are my backbone. I lean on those guys for a lot of things and they were there for me, thick and thin.”

Duke lineup coming together with it balanced scoring routing Clemson

My N&O story: An old high school splits into a new rivalry