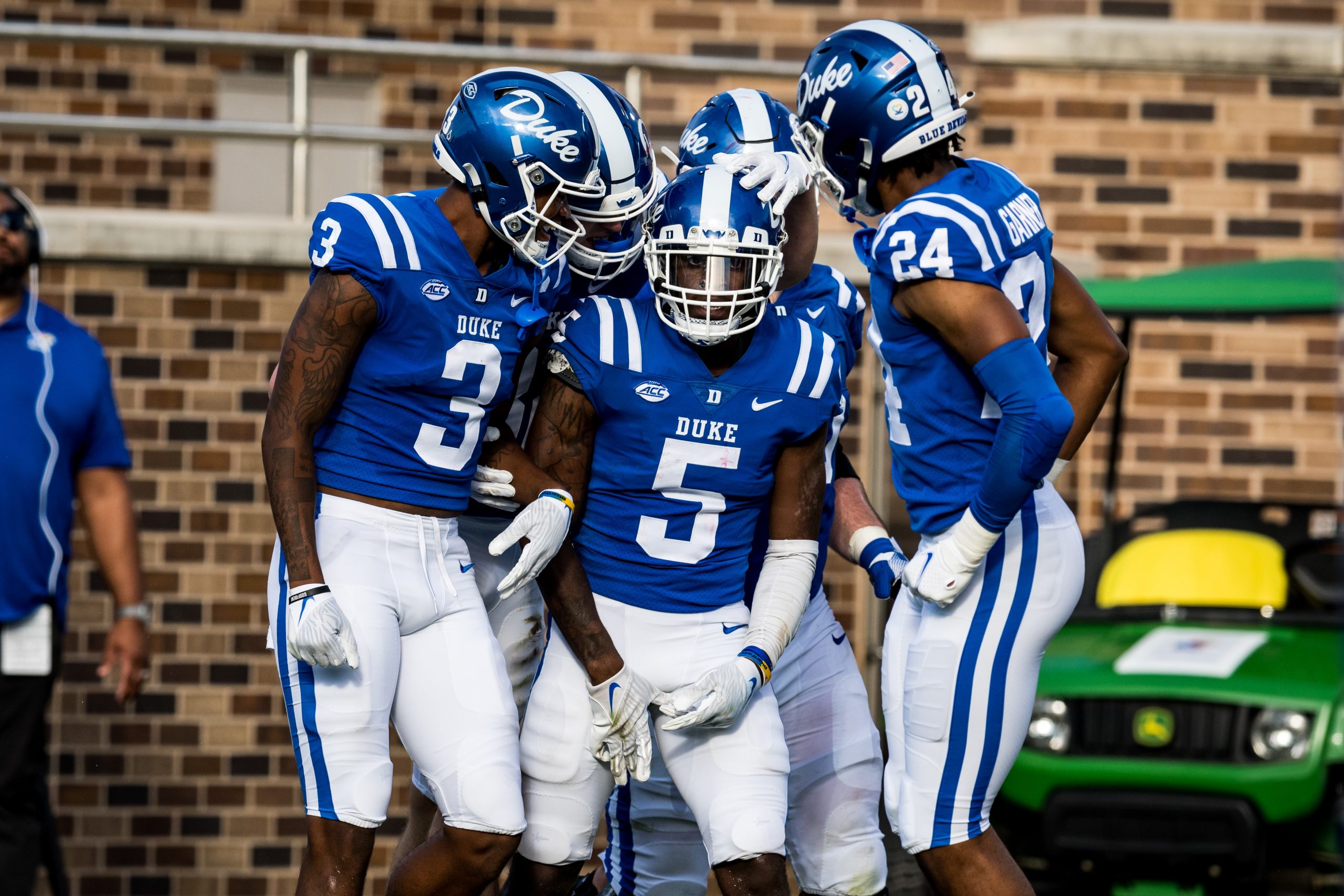 DURHAM – Duke football’s record four games into the season is about what was expected. The difference in the 3-1 mark from preseason projections was the loss to Charlotte was supposed to be a win and the win to Northwestern expected to be a loss.

The 52-33 victory over Kansas on Saturday at Wallace Wade Stadium was a W on paper in the preseason, although the Blue Devils are scoring more than expected at the same time the defensive secondary is allowing more big plays than projected.

Now, the question is, how much growth do the Blue Devils have left in them for eight upcoming ACC games? It starts with North Carolina (2-2, 1-1 ACC) next Saturday in Chapel Hill. The Tar Heels are also tough to figure — like a lot of college football teams this year — having dropped their No. 21 ranking with a loss Saturday night at Georgia Tech, 45-22.

“When you’re playing an ACC schedule, everyone is going to be an explosive offense and we have to minimize that,” Duke coach David Cutcliffe said. “You can’t let people average about 15 yards per catch. You must keep things in front of you to complete and defend. We need to elevate our pass rush a bit.”

Durant finished with 21 carries for 124 yards and a touchdown on a 57-yard burst for a 7-0 lead. He also caught three balls for 62 yards, including a 53-yarder. Holmberg escaped the grasp of a sack to dump the ball off to Durant along the right sideline. Durant eluded tacklers early in the run and got key downfield blocks from tight end Jake Marwede and Eli Pancol.

“It’s something we don’t focus on — we  just go out and do what we do,” Holmberg said. “A lot of that has been the O-line, which unfortunately doesn’t get a stat but has been doing a great job under coach Fry . Shout out to them for the job their doing with coach (Greg) Fry.

“Having a guy like Mataeo, who is able to hit the holes and the way he can read the defenses, is special. And the guys like 19 (Bobo), 6 (Pancol), 5 (Calhoun), 3 (Harding) and (Jontavis Robertson) make my job a lot easier.”

Holmberg left the game late in the fourth quarter after he suffered a late hit and then was hit at the end of his 13-yard touchdown run, but he said he was, “fine. I just got the wind knocked out of me.”

PBS and Through the Banks of the Red Cedar