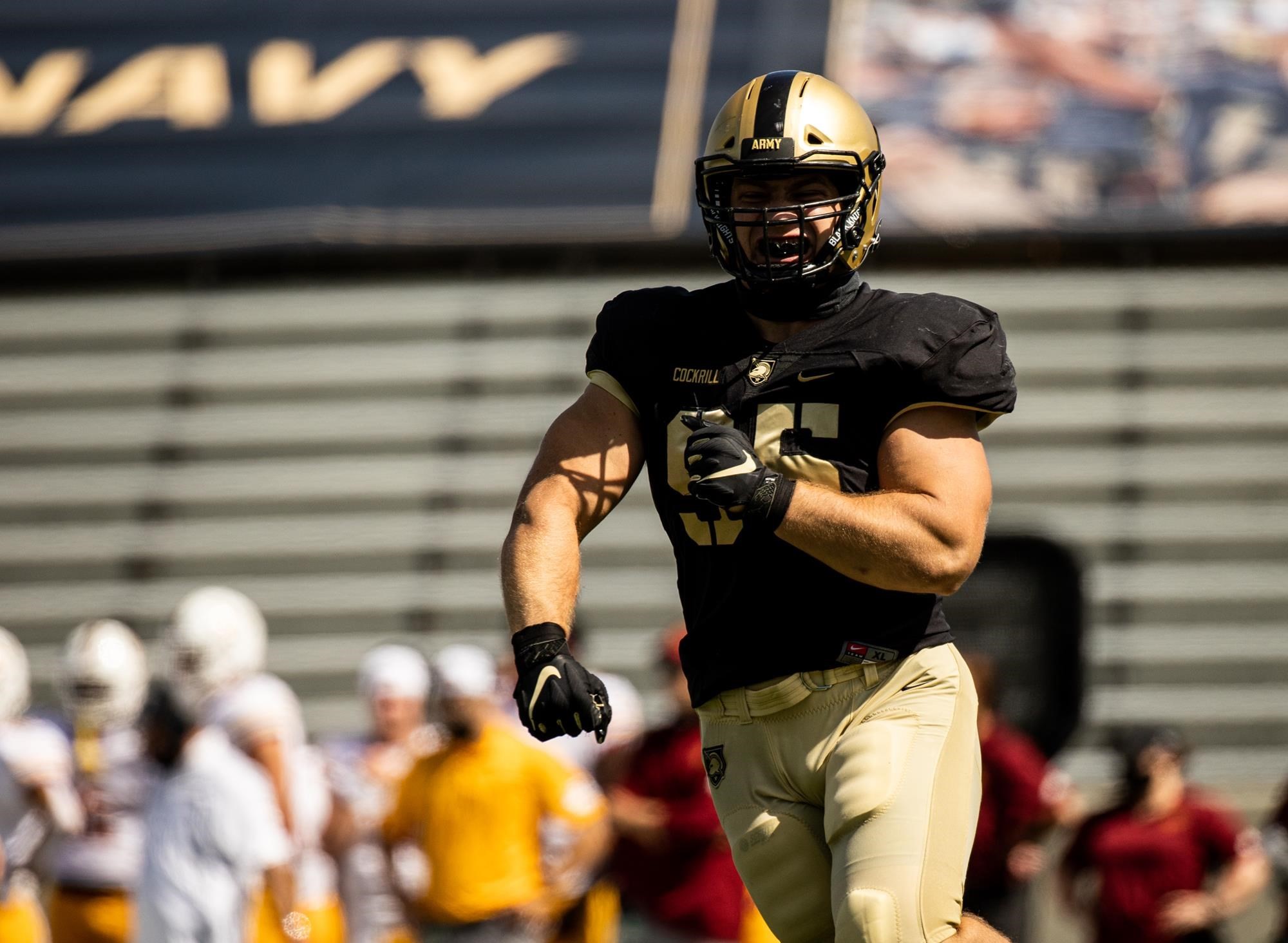 College football recruiters require an eye for more than talent. They must also balance maturity to project future growth. Talent attracts scouts, but scholarship offers are based on next-level forecasts.

At the service academies, though, there is an additional box for scouts to check. Can the prospect deal with the military lifestyle?

It starts with boot camp the summer before their first football fall camp. A recruit committing to a military lifestyle is especially difficult to gauge if the recruit isn’t from a military family or otherwise largely unaware of academy football.

“I did not know anything about West Point football until I got recruited,” Cockrill said after a recent practice. “I’m not from military family, although my grandfathers served and my brother is in the Marines.

“When I got recruited, West Point was my first offer. I went to a couple of places (recruiting trips) to figure it out. When I came here, the people and the energy were the difference. Also, the opportunity to get a great education and to play top-notch football.”

The specter of surviving boot camp was never an issue.

“In high school, I was looking for a challenge,” Cockrill said. “I feel I knew what I was getting into. I knew it was hard and different, but that’s something I wanted. I always told myself I’m never going to quit just because it’s hard. If it’s something I’m not passionate about I’ll take a different route. But I never felt it would be too hard.”

Cockrill committed June 4, 2017 before his senior year. His other two offers were from Kent State of the Mid-American Conference and Elon, a Football Championship Subdivision school. Kent State and Elon saw Cockrill as a tight end, but Army viewed him as a defensive lineman.

That was the final box for Cockrill to check to choose the Black Knights.

“I wanted to play defense,” he said. “West Point was the only team to want me on defense. I like defense. I like the mentality that goes with defense. It’s fast. You always feel on the attack, even though it’s called defense we feel we’re always on the offense trying to go for it.”

Cockrill enters his senior season having coming off a breakout junior season after limited playing time in 2019 and none in 2018. An Army player not seeing the field or much playing time developing into a star isn’t unusual. At Division I schools, a lightly recruited player like Cockrill is redshirted for a fifth year, but Army doesn’t redshirt healthy players. In 2019, he saw limited snaps in eight games with six tackles.

But he broke into the starting lineup last fall, starting all 12 games in a 9-3 season that included wins over Navy and Air Force to win the Commander-in-Chief’s Trophy for the third time in four years. He finished with 28 tackles that included seven for losses of 25 yards and 2.5 sacks for 12 yards. He batted down two passes, forced one fumble and blocked an extra-point kick.

“It was a little bit of physical maturity — always something that is needed to be done coming out of high school — and learning the game and nailing my techniques,” he said. “It was everything comes together with my coaches and my teammates.”

But the preseason recognition that means the most to him was his teammates voting him one of the four team captains. A team captain title among 100-some future officers at a service academy weighs significantly more than at other schools.

“It’s a great honor,” Cockrill said “That means so much knowing they selected me to represent them and serve them in any way I can. It’s been a great experience so far. I’m very grateful.”