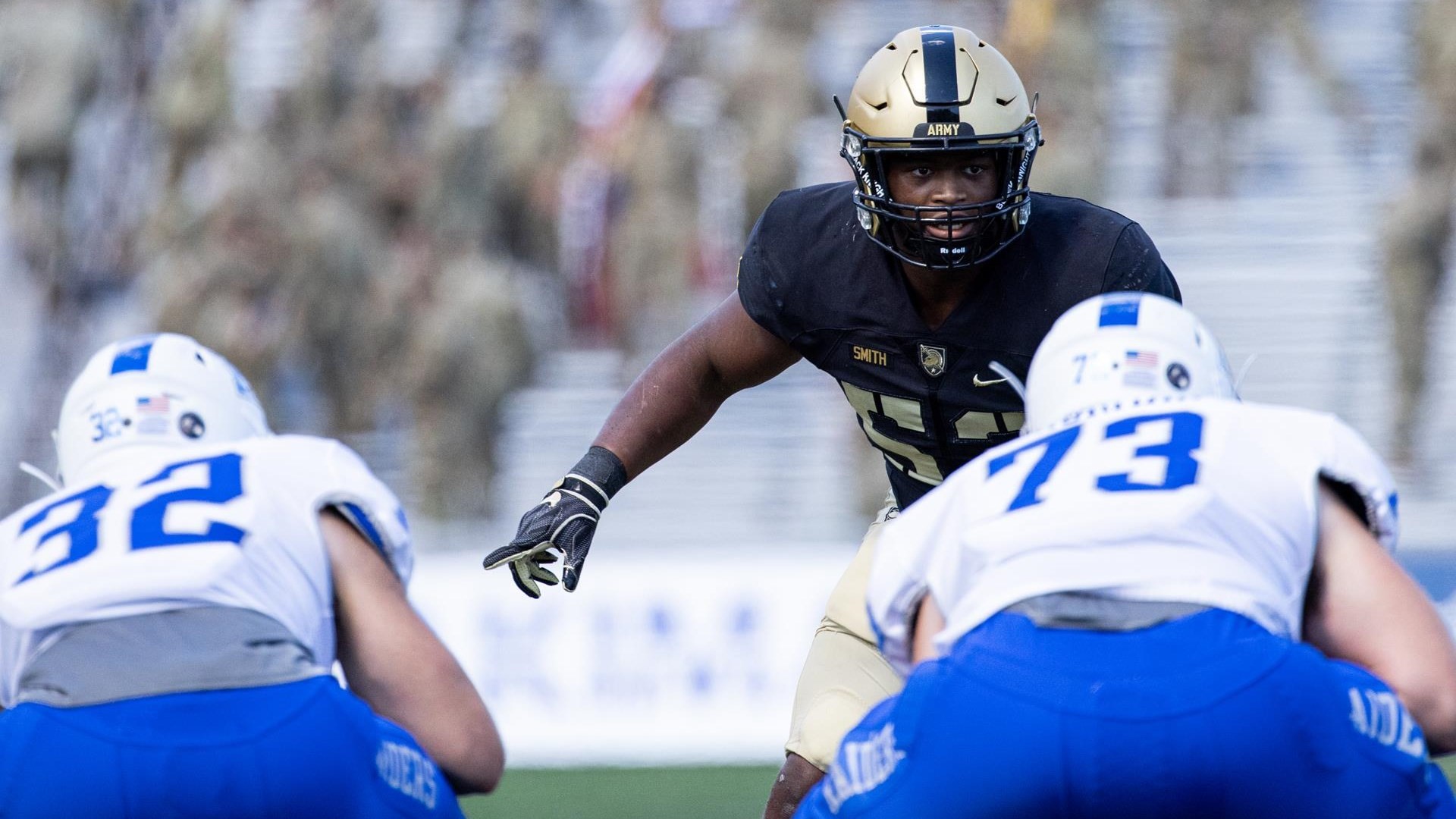 The black-and-white photograph dates to the Civil War, providing a starting point to trace Arik Smith’s family history of military service. A Union Army Black man tends to a general’s horse in the albumen-style image.

But the free man is not attached to just any Army division or serving under any general.

That’s Gen. William Tecumseh Sherman, commander of the “March to the Sea,” the campaign through Atlanta that brought Gen. Robert E. Lee and his insurrectionists to their knees at Appomattox.

“I’ve always been told growing up about that photo,” Smith said.

The family heirloom is befitting Ken Burns, the Vince Lombardi of American history documentaries. That’s not a coincidence.

“I love those Ken Burns documentaries on the Civil War,” Smith said. “I can watch any of his documentaries for hours. I’ve always loved history about the 1800s; that’s my favorite century. If you see those 1800s photos colorized, you realize the 1800s wasn’t that long ago. You see the progression from the 1800s into the 1900s.”

In 2021, Smith is nine months removed from West Point graduation as an Army officer, adding to seven generations of family military roots. The lineage most recently included a grandfather on his mother’s side, a Green Beret in Vietnam, and his father, who served in the U.S. Coast Guard.

But the present for Smith is the upcoming football season that opens against Georgia State on Sept. 4 in Atlanta, a city Smith’s distant grandfather marched through in different type uniform.

The 6-foot-1, 240-pinder leads the Black Knights as one of four team captains and a preseason LOTT Trophy candidate. Army is coming off a 9-3 season that included defeating in Navy and Air Force to win the Commander-in-Chief’s Trophy.

The Black Knights have won the C-i-C three of the past four years, but the older players are mindful of the 5-8 record in 2019. Army started out 3-1, with a near- upset at Michigan before falling in overtime, 24-21. Maybe the Black Knights grew too confident from the previous three winning seasons and fast 2019 start. Maybe they put too much into the Michigan game.

Whatever the reason, Smith says the Black Knights are conscious of avoiding another step backward.

Smith finished last season sharing the team lead in tackles (78) with Jon Rhattigan, who is now in the Seattle Seahawks’ training camp as an undrafted free agent. Smith also posted 9.5 tackles for losses of 28 yards, 3.5 sacks for 18 yards and one interception.

In his breakout 2019 sophomore season, he was second on the team in tackles. He posted 83 stops, four TFLs for 23 yards, 2.5 sacks for 21 and a forced fumble. The fumble play led to Army’s first score in the Michigan game.

Michigan drove to Army’s 28-yard on its opening possession before Smith blitzed quarterback Shea Patterson for a 12-yard loss, knocking the ball free. The Black Knights drove 60 yards in 10 plays for a 7-0 lead.

Smith’s career has been on an upward trend since he arrived at the academy, but serving in the military wasn’t a given until his play at St. John’s College High School in Washington, D.C. caught the attention of Army and Navy recruiters.

It was then he gave service academy football serious consideration. The irony was he chose Army, although his family lives in Bowie, Maryland, and he was more familiar with Navy’s program in nearby Annapolis.

“I’ve been on the Navy campus a lot, but I loved my trip to West Point and liked the idea of setting out on a different path,” he said. “I liked how the program operated and the brotherhood among the players.”

American history, though, doesn’t follow straight lines, especially for African-Americans. Progress taking a step forward of often is met by a backlash.

When Smith’s distant grandfather served in the Union Army, the rebellion of the confederacy was put down without the Stars and Bars ever waving in the nation’s capital.

But on Jan. 6, 2021 — 16 months before Smith is commissioned as an officer in May, 2022 — a deadly insurrection breached the U.S. Capitol Building. Among the violent extremists were the Proud Boys, a white supremacist group, waving the Stars and Bars and Trump flags in the hallowed halls of democracy.

But Smith’s commitment to serving his country remains robust.

“I honestly feel what happens in the past is always something our country can grow from,” Smith said. “Watching those Civil War documentaries, you understand where our country has come from and where it’s been going. Those documentaries are a big identifying factor for me, especially with where I’m at now.”

Echoes of Alexis de Tocqueville, the French political philosopher and historian: “The greatness of America lies not in being more enlightened than any other nation but rather in her ability to repair her faults.”