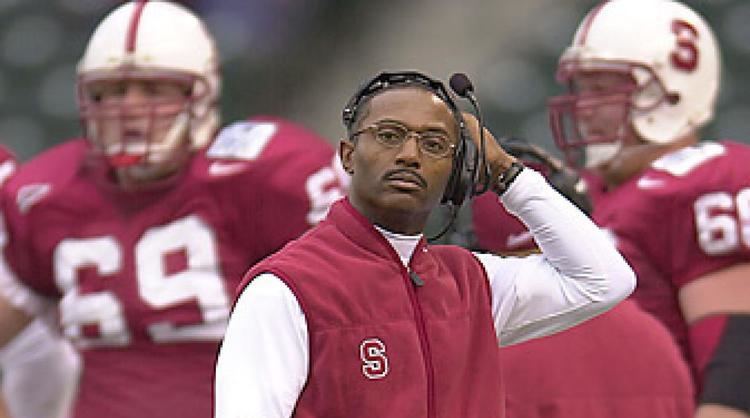 PHOTO: Tyrone Willingham led Stanford to the 1999 Pac-10 title as the first Black head coach in the Rose Bowl.

Michigan State’s Duffy Daugherty last coached the Spartans in 1972. He was enshrined in the College Football Hall of Fame in 1984.

Although Daugherty died 34 years ago at age 72, his legacy lives on.

We’re reminded of his imprint on college football once again with Tyrone Willingham’s appointment to the College Football Playoff selection committee. The CFP tabbed Willingham, who previously served on the committee from 2014-17, to fulfill the term of R.C. Slocum, who stepped down for health reasons.

“I am so appreciative of the invitation to rejoin the College Football Playoff selection committee,” said Willingham in a CFP statement. “It is an honor to be asked back to such a distinguished group. I have nothing but great memories from my initial experience, and I look forward to working with the current members in 2021.”

Willingham grew up most of his youth under segregation in Jacksonville, N.C., but arriving among Daugherty’s final Michigan State recruiting class in 1972 set him on a path to join the august list of coaches decades later considered for a CFP role.

Willingham only played under Daugherty for one year, but he is connected to Daugherty’s coaching tree through two other Daugherty players-turned coaches from the segregated South, Jimmy Raye and Sherman Lewis.

Daugherty recruited Raye out of segregated Fayetteville, N.C., and Lewis from segregated Louisville, Kentucky. Raye was a quarterback (1965-67) and joined Daugherty’s staff part-time in 1971 and full-time in 1972. Lewis was a 1963 All-American halfback that was third in the 1963 Heisman Trophy voting. Daugherty hired him on his staff in 1969.

Raye and Lewis, who both went on to pioneering roles as NFL assistants and offensive coordinators, were mentors to Willingham as both a Michigan State player and young coach. Raye was the one who convinced Daugherty to offer Willingham an opportunity as a walk-on candidate.

Willingham was a quarterback and wide receiver while also earning second-team All-Big Ten baseball in 1976.

He began his coaching career as a Michigan State graduate assistant in 1977 under Darryl Rogers. After several coaching stops followed by three years in the NFL with the Minnesota Vikings (1992-94), Willingham was named head coach at Stanford (1995-2001). He also was a head coach Notre Dame (2002-04) and Washington (2005-08).

Tyrone Willingham on the loose against Illinois.

At Stanford (44-36-1), he was the first Black head coach in the Rose Bowl when the Cardinal won the 1999 Pac-10 title. Notre Dame lured him away in 2002 as the first Black head coach in any sport at the school. Willingham’s first year the Irish finished 10-3, and he was named Home Depot National Coach of the Year, but he was fired after his third year with an overall record of 21-15. However, he broke more ground when he was quickly hired at Washington. Black head coaches weren’t receiving second chances when Washington hired Willingham.

Michigan State, with its history under Daugherty, was path toward Willingham finding open doors he might not have found open to him while remaining in the South.

The 1960s was an era when southern schools were segregated and northern integrated programs followed unwritten quotas of a half-dozen or so Black athletes. USC won its 1962 national title with only five Black players and its 1967 national championship with only seven. When Michigan State played Notre Dame in the 1966 Game of the Century, Notre Dame had only one Black player, Alan Page.

Willingham’s career another example that Daugherty’s legacy extends beyond the All-American players on those famed 1965 and 1966 teams.