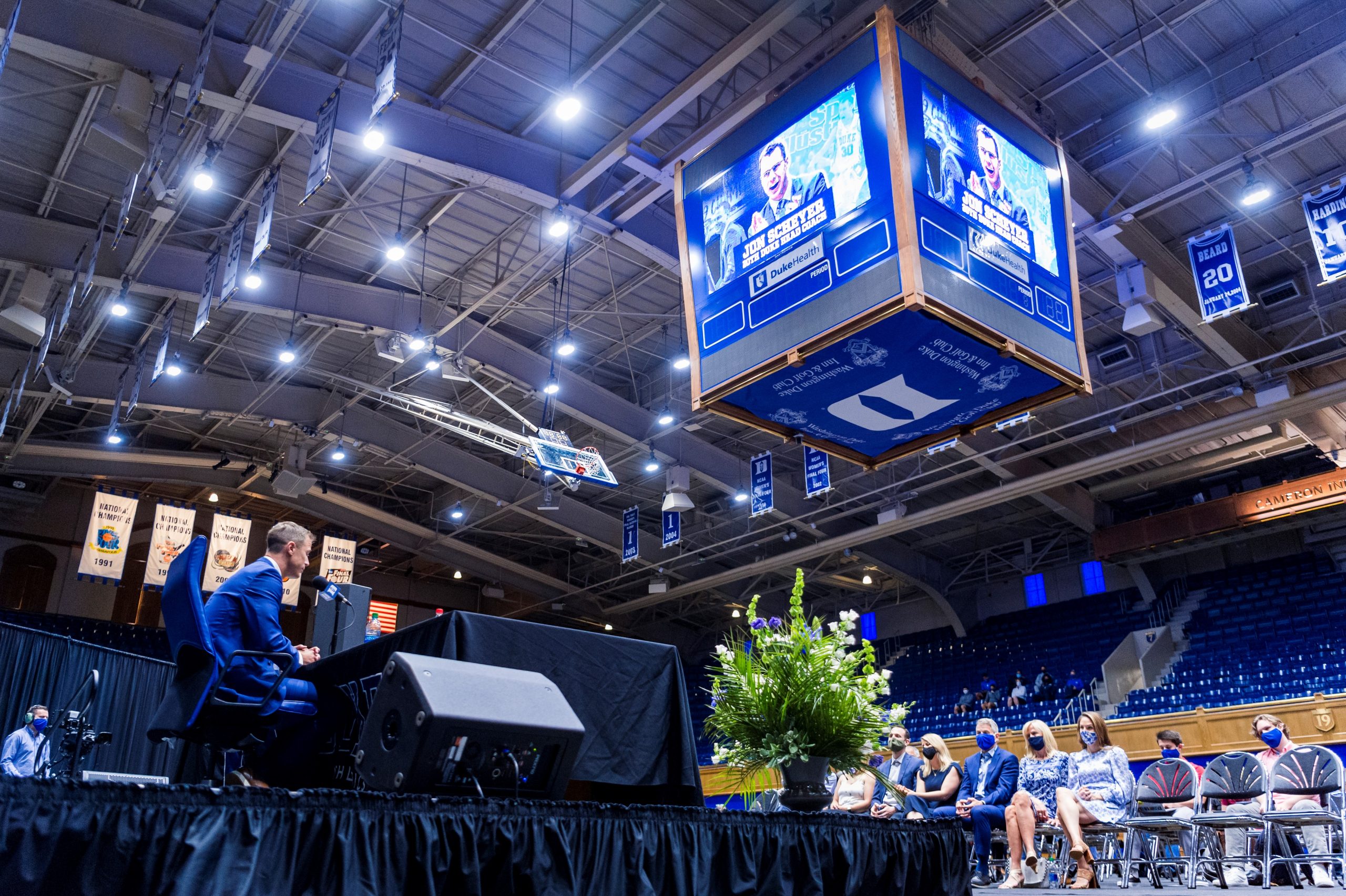 Scheyer, 33, leaned into the microphone.

“So, I don’t want to break any tradition yet,” he said with a mischievous grin. “Do I need to spell the last name?”

No. This is not 1980 when Mike Krzyzewski, an unknown 33-year-old coach from Army West Point, was introduced at the start of what has turned out to be a 42-year Duke run. This will be Coach K’s final season and Scheyer, the Associate Head Coach, slides over to the head coach seat for the 2022-23 season.

One part of the job Scheyer won’t have to deal with is established an identity on campus.

He was two-time team captain and senior point guard who averaged 18.2 points and 4.9 assists on the 2010 NCAA championship team. After three years of playing professionally overseas and in the NBA D-League, an eye injury ended his playing days. Krzyzewski hired him as a special assistant on Duke’s staff in 2013-14. He moved up to the ladder until attaining the Associate Head Coach title in 2017-18.

Compare Scheyer’s position to UCLA’s struggle to replace its Mt. Rushmore coach, John Wooden. Gene Bartow followed Wooden as a surprise outsider in the 1975-76 season. He lasted only two seasons, growing bitter over the pressure he endured to live up to Wooden’s success — 10 NCAA titles in 12 years.

Scheyer spoke with five NCAA banners hanging above him in Cameron, but he appears better prepared. He has been promoted from within. He accepts what comes with coaching at Duke. Krzyzewski has had a succession plan in place that copied what he learned about replacing commanders in the Army designed to help the transition achieve success.

“I know there are going to be expectations that come with that,” Scheyer said. “I think I knew that beforehand, and I especially knew that after Jay Bilas said it’s the hardest job in the history of sports, so I appreciate Jay saying that. One of the best advice that Coach has ever given me – I remember the exact moment. We were out to dinner. It was a long day of recruiting after Peach Jam, and we were just talking about life, about everything. He shared some advice that he was given when he was young, and that was just to follow my instincts fully. That’s what I’m going to do – I’m going to follow my instincts. I’m secure in who I am.”

Both White and King cited Scheyer’s readiness to be a head coach with his command of more than X’s and O’s. Recruiting, of course, has always been a part of the job. But now college basketball demands understanding a rapidly changing landscape that includes the transfer portal and the ongoing discussions over Name Image and Licensing.

During Jon’s three interviews, he depicted a contemporary leader who enjoyed a great grasp of all things, analytics, transfer portal, NIL,” White said.

Duke’s other two assistants, Nolan Smith and Chris Carrawell, also attended the press conference. Coach K has turned over recruiting the Class of 2022 to his assistants, noting he won’t be the incoming kids’ coach. Scheyer and Smith played together at Duke, while Carrell played for the Blue Devils a decade earlier.

“Chris, Nolan and myself, as former players we’re incredibly protective over who comes into our program,” Scheyer said. “We’ve walked it, we’ve been here, we’ve been here from multiple perspectives so I think it brings a level of credibility.”