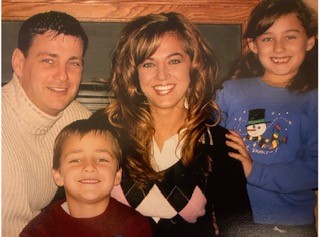 Gunnar Holmberg’s given name sounds as if he was was born to play quarterback. And the choice of his parents, Sean and Jennifer Holmberg, certainly has proven prophetic.

Holmberg, Duke’s projected 2021 starter as a graduate student with junior year eligibility, is living the dream. He spent the weekend in elite company, with the First Family of quarterbacks, on the Nicholls State campus in Thibodaux, Louisiana. He was a camp counselor for the Manning Passing Academy started years ago by Peyton Manning, his brother Eli and their father Archie.

Next, it’s off to the ACC Kickoff media days Wednesday and Thursday in Charlotte. He was chosen to represent the Blue Devils along with senior running back Mateo Durant and redshirt sophomore defensive tackle DeWayne Carter.

But the story of Gunnar’s name is far deeper than a cliche. It’s only the beginning of his symmetrical Duke story. Gunnar’s life, since first grade, has followed a divine path to not just play quarterback but to play under center in a DUKE uniform.

The full story makes you wonder about life’s mysteries.

In 1999, when Gunnar was an infant, his father was diagnosed with a brain tumor. At the time, the family lived in Mt. Pleasant, Pennsylvania, near Pittsburgh. Sean underwent treatments. He initially was able to continue working his job as a manager for a manufacturing plant.

By 2006, though, with Gunnar in first grade, Sean’s condition took a turn for the worse.

At some point, Sean’s doctors at the University of Pittsburgh Medical Center compared notes with Duke Hospital’s Dr. Allan H. Friedman, a neurosurgeon. Friedman recommended relocating to the Triangle to receive trial treatments and undergo surgery at Duke Hospital.

The hope was Sean would live longer — if not fully recover. Jennifer’s career as an elementary school teacher eased the transition decision. There are plenty of teaching opportunities in the growing Triangle area. So, they made the difficult move.

At first, there was some progress. Ultimately, though, Sean Holmberg succumbed to brain cancer, in 2009.

“If it only gave us extra days with him, it was worth it,” Jennifer said. “I think it gave him at least an extra year. That definitely benefitted my children while they were growing up. I hated having to move my family, but there is opportunity here.”

Gunnar was a fourth-grader when he made those final visits to his father at Duke Hospital. The same Duke Hospital he has routinely passed by since his freshman year in 2018-19 while he lived in a campus dorm. He still sees it on his way to Wallace Wade Stadium.

“He understands the significance of playing at Duke now more than when he was younger,” Jennifer said. “It was very emotional for us when he was being recruited. He could see Duke Hospital, and he’d say, “I can’t believe that’s where I lost my Dad.’”

What would be a grim shadow reminder for many people has been for Gunnar a grateful connection. He’s reminded that his father’s fight to live placed him on this promising path.

Now for the chapter about his parents choosing “Gunnar” for reasons other than football.

Sean Holmberg was a wrestler at Slippery Rock University in Pennsylvania, but when his career suffered setbacks due to injuries and problems in the program, he enlisted in the U.S. Marine Corps. He rose in rank to sergeant. Proud of his service to his country, he decided Gunnar was a good name to pay homage to the Marines if he had a son.

Jennifer understood the choice, but their first child was a girl. They named her Torianne.

About two years later a boy came along. They pulled the naming trigger.

“When he was growing up, a lot of my friends would say, ‘He has to be quarterback,’” Jennifer recalled. “I said, ‘Oh, he’s playing lots of sports and positions.’ He kind of grew into being a quarterback.”

Yes, that happens when you have a strong arm and agility to go with a 6-foot-3, 205-pound body. He is the latest college sports iteration in a family with a deep athletic gene pool on both sides.

In addition to his father’s college wrestling career, his sister Torrianne was a four-year letter winner playing volleyball at Emory and Henry College in Virginia.

Gunnar’s uncle Rob Holmberg played linebacker at Penn State and eight NFL seasons, mostly with the Raiders. He was a high school quarterback before he switched positions.

Gunnar’s cousins, Rob’s daughters, were both college athletes in the heptathlon, track and field’s female version of the decathlon. Maddie Holmberg Nickal is still competing as a world-class athlete from Penn State. She was fifth in the heptathlon U.S. Olympic trials last month in Eugene, Oregon. She had best college finish of third in the in the 2018 NCAA track and field finals. Gabrielle Holmberg competed at Duquesne University in Pittsburgh.

But Jennifer’s side of the family contributed, too.

George Blanda, a Pro Football Hall of Fame quarterback/kicker, is a great uncle. Jennifer’s maternal grandmother was a cousin of Blanda, who is from Youngwood, Pennsylvania, placing him among the storied members of western Pennsylvania’s cradle of quarterbacks that includes Johnny Unitas, Joe Namath and Joe Montana.

Gunnar had the talent to play at many colleges and may never have left his Pennsylvania roots, but life’s unexpected turns led to Duke. The family resettled in Wake Forest.

“We knew he could throw and move when he got here,” Clark said. “But what really began to impress the coaching staff was his high football IQ. He had the ability to read defenses.”

Holmberg was Heritage’s JV quarterback as a ninth-grader, but he also spent time around the varsity with starter Blake Walters, another strong influence. Walters went on to West Point as a baseball pitcher and future Army officer.

As Holmberg entered the summer before his sophomore year, Gunnar’s mother came across a Duke football summer camp brochure.

Holmberg attended the camp under Duke coach David Cutcliffe, a quarterback whisperer. After a strong Heritage varsity sophomore year, he entered his junior season considered as a Division I recruit. ESPN ranked him a 4-star prospect. But Holmberg didn’t wait long to pull the trigger. He accepted an offer from Cutcliffe on July 14, 2016, the summer prior to his junior season.

Heritage was only a third-year school when Gunnar arrived as a freshman, but the young football program already has a high bar to clear for future Huskies quarterbacks. As a senior, he led a 12-2 team while throwing for 2,730 yards and 26 touchdowns with eight interceptions. His career totals were 6,987 yards and 65 touchdowns.

Heritage would have been a league champion in most North Carolina regions, but the Huskies played in the same league as a crosstown rival, state power Wake Forest High. In the 2017 season, Gunnar’s senior year, Heritage and Wake Forest were 10-0 when they met in a regular-season finale for the Northern League title. The buildup to the game electrified the community, filling the 10,000-seat Wake Forest stadium for the first time in years.

Holmberg hit some big passes and eluded pressure to lead two first-half touchdowns drives for a brief lead. But the talent-laden Wake Forest roster regained momentum on the way to a 38-14 victory. Wake Forest finished the year as N.C. High School Athletic Association 4A state champion at 15-0.

“He helped our program grow in different ways — not only on the field,” Clark said. “He represented our program in the classroom and the community. His peers looked up to him, and he carried out his leadership role.”

As Duke’s quarterback, Holmberg faces a similar challenge to elevate his team’s play. Duke has been picked at the bottom of Atlantic Coast Conference Coastal Division and is coming off a disappointing 2-9 season.

Holmberg’s Duke career began as a redshirt in 2018, watching and learning under a future NFL starter, Daniel Jones, the New York Giants’ 2019 first-round draft pick with the No. 6 choice. Holmberg redshirted, but he saw the field for three plays in the Independence Bowl. Duke routed Temple 56-27 as Holmberg ran the ball on one of the snaps for 19 yards.

In 2019, he contended for the backup job to a fifth-year senior, Quentin Harris, but his season ended before it started. He suffered a knee injury at the end of fall camp.

In 2020, he was expected to compete with Chris Katrenick for the starting job until a couple more setbacks. The first was the COVID-19 pandemic that wiped out spring football preparations. Then, Chase Brice left Clemson to enroll at Duke. Although Brice was a backup to Trevor Lawrence at the ACC power, he had more experience than Katrenick or Holmberg.

Brice, though, struggled throughout the season with interceptions and fumbles. As the season progressed, Holmberg pulled ahead of Katrenick as the backup. Holmberg finished the 2020 season completing 18-of-25 passes for 161 yards but without a touchdown and with two interceptions. He had one touchdown run.

The quarterback room has shuffled since last season. Katrenick left the program at midseason. Brice opted to transfer to Appalachian State. Holmberg was elevated to projected starter during spring ball.

College, of course, is another level, but Holmberg’s high school coach has confidence Gunnar has the characteristics to elevate his play and those around him.

“I’m excited for him,” Clark said. “He can put his talent and mental part of the game on display. The injury set him back, but knowing Gunnar, he didn’t stop learning and preparing to be the leader he can be.”

Gunnar Holmberg, at some point, can take a personal moment and gaze into the stars in North Carolina’s nighttime sky. One shinning star, burning a little brighter, might be the one that led him to Duke.

Shakespeare said it best in Romeo and Juliet:

“When he shall die, take him and cut him out into the stars, and he shall make the face of heaven so fine that all the world will be in love with night and pay no worship to the garish sun.”