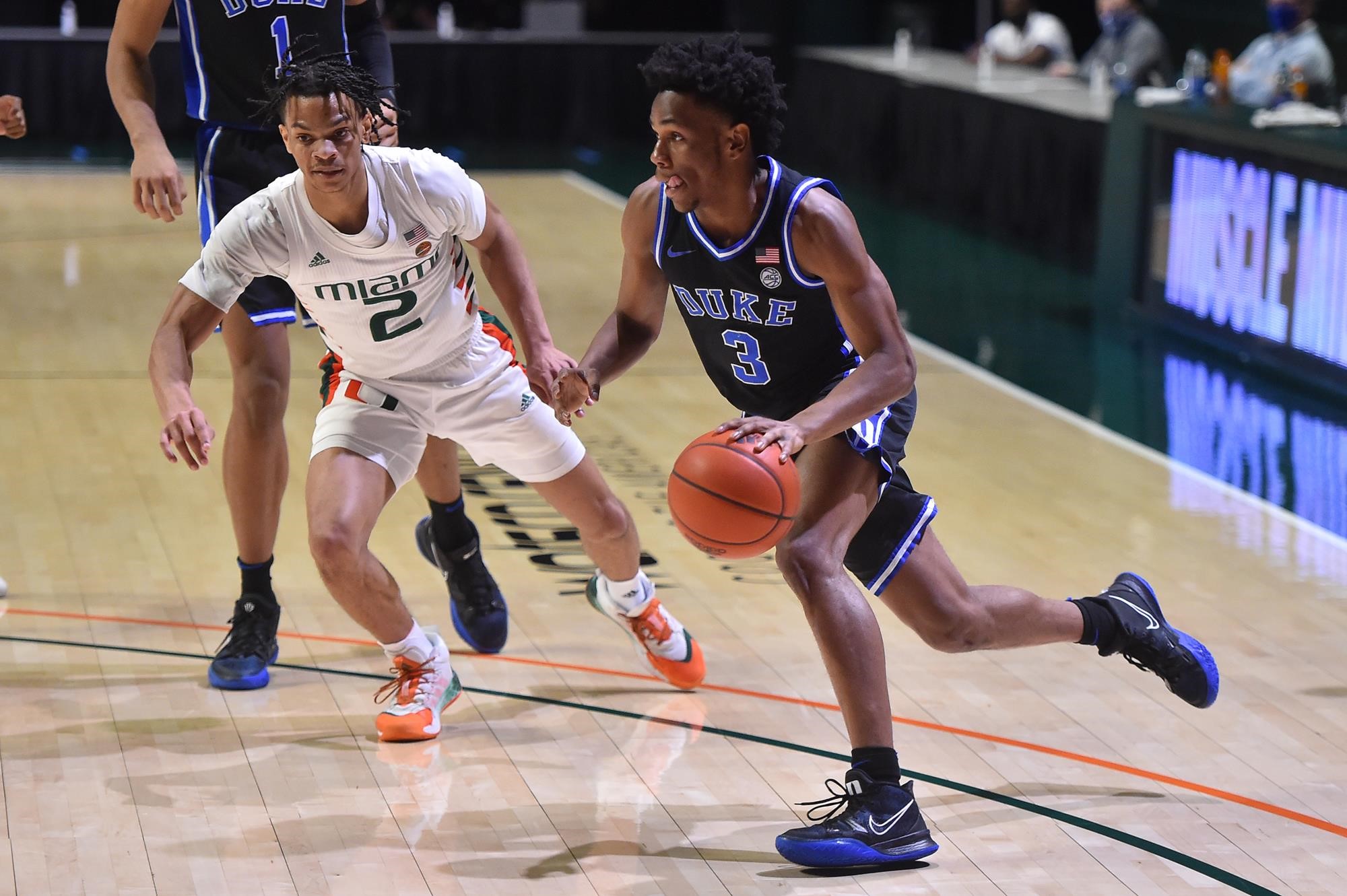 That usually doesn’t add up to the Blue Devils impressively winning two in a row followed by a sudden thud. But that was Duke in Monday night’s 77-75 loss at Miami.

And this was Duke coach Mike Krzyzewski, who didn’t like what he saw in Sunday’s practice:

“I thought we were soft and I saw it in practice yesterday,” he said. “I tried to take steps to change that and we were not able to change it. I’m really disappointed in our team.”

Then, Coach K, a West Point grad and retired U.S. Army captain, gave a view of his philosophy of teaching his team about leadershp and more than basketball’s X’s and O’s. The education of a young team continues.

“That single game is the most selfish thing in our game and it’s selfish because it does not care what you did in the previous game. It doesn’t care what you’re going to do in a future game and if you don’t come completely immersed in it, it will not reward you.

“That’s what I’ve talked to them about. You have to handle this game and the game will hold you accountable and obviously your opponent will, too. Unless they don’t do it, too, then you might win. I believe in all that stuff. That’s what I try to teach each one of our teams and we’ll still continue to try and teach this team.”

Sunday’s practice, apparently, was figuratively the classroom staring out the window as their teacher tried to impart wisdom.

In addition to a single loss, Duke’s NCAA Tournament bid hopes to a major hit for more than dropping to 7-6 overall and 5-4 in ACC play. It was what selection committee considers a bad loss. Miami is only 3-9, with the win, in league play and 7-10 overall.

The Hurricanes entered the game ranked last in the ACC and 323rd in the NCAA in three-point shooting at 28 percent, but the Hurricanes hit 7-of-13. Miami also converted 14 points out of Duke turnovers, some of the scores were easy breakaways.

“They did not play like a Duke basketball team tonight and obviously I’m responsible for that,” Krzyzewski said. “The last two games we won and were deserving to win; we were not tonight. We threw the ball to them about five times and threw it right to them and they got layups and we were very soft. We were very soft and just extremely disappointed, extremely disappointed.”

Moore spoke as if the team had accepted Coach K’s post-game I-told-you-so critique.