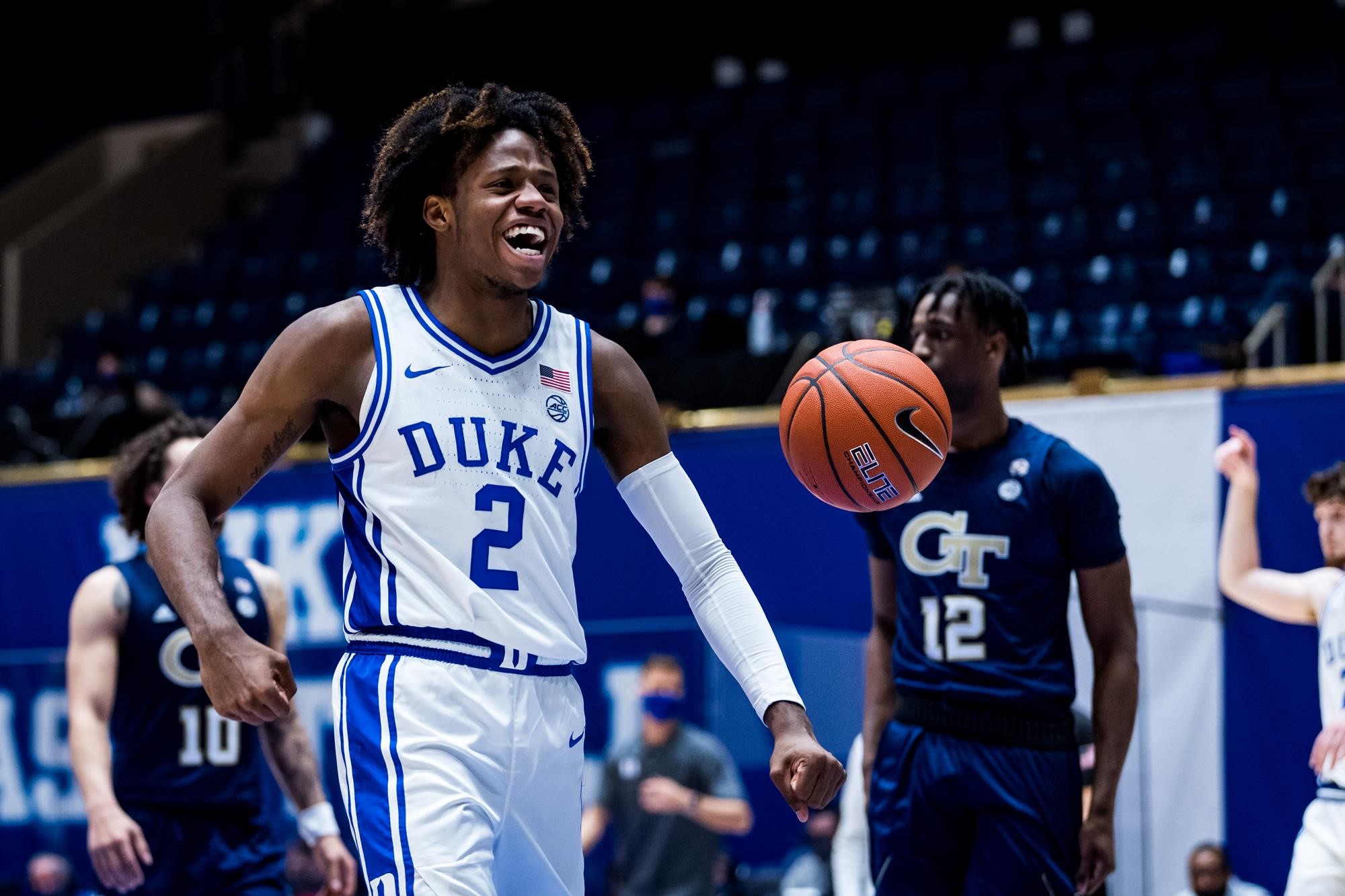 Coach K celebrated liked it was 1996.

After Georgia Tech missed a three-point field goal attempt with six seconds to play and trailing Duke by six points, Mike Krzyzewski rose as quickly as a 73-year-old man with artificial knees and hips can and went down the sideline slapping hands with his players with a spring in his step.

Coach K was celebrating like the 1996 team returning to the post-season after Duke had missed the 1995 tournament. Krzyzewski has been coaching up a young team still seeking its identity and needing a strong finish to climb out of the middle of the ACC standings.

The Blue Devils improved to 6-5 overall and 4-3 in ACC play, climbing ahead of the Yellow Jackets (7-5, 3-3 ACC). They need to continue climbing to keep alive its streak of 24 straight NCAA tournaments.

“Losing three games, the last one being a very winnable game for us, it can go the other way really easily,” Coach K said. “We’ve had two good days of practice and a great meeting last night before they had a snack and went to bed. They responded. I’m just so happy for them. I’m as happy as I was disappointed for them on Saturday.”

Duke repeated a starting lineup for just the fourth time this season, and two sophomores and three freshmen led a balanced effort with a senior off the bench.

Freshman guard D.J. Steward scored 19 points, freshman forward Jalen Johnson 18 and sophomore Matthew Hurt 17. But one of the two players that Duke brought to the media room for the Zoom interview sessions was senior Jordan Goldwire, the senior off the bench. He contributed 11 points, seven assists, five rounds and two steals with only one turnover. He was a plus-13 his time on the court. His steal with 1:01 left in the game prevented a Georgia Tech shot to take the lead.

Goldwire was lightly recruited and received a late offer from Duke, but he continues to get the most out of his talent.

“Hopefully he hasn’t gotten the most out of his potential yet,” Krzyzewski said. “We’re seeing a jump. I thought today was as good a game as he has played at Duke. He played in a leadership role. That doesn’t mean last year with Tre (Jones) … he was really a good player. Today was his best game. He had to guard as good a guard in the country (Jose Alvarado, 26 points). And he led our team seven assists and one turnover and five rebounds. Hopefully that will be his role.” Hopefully you can ask that question.”