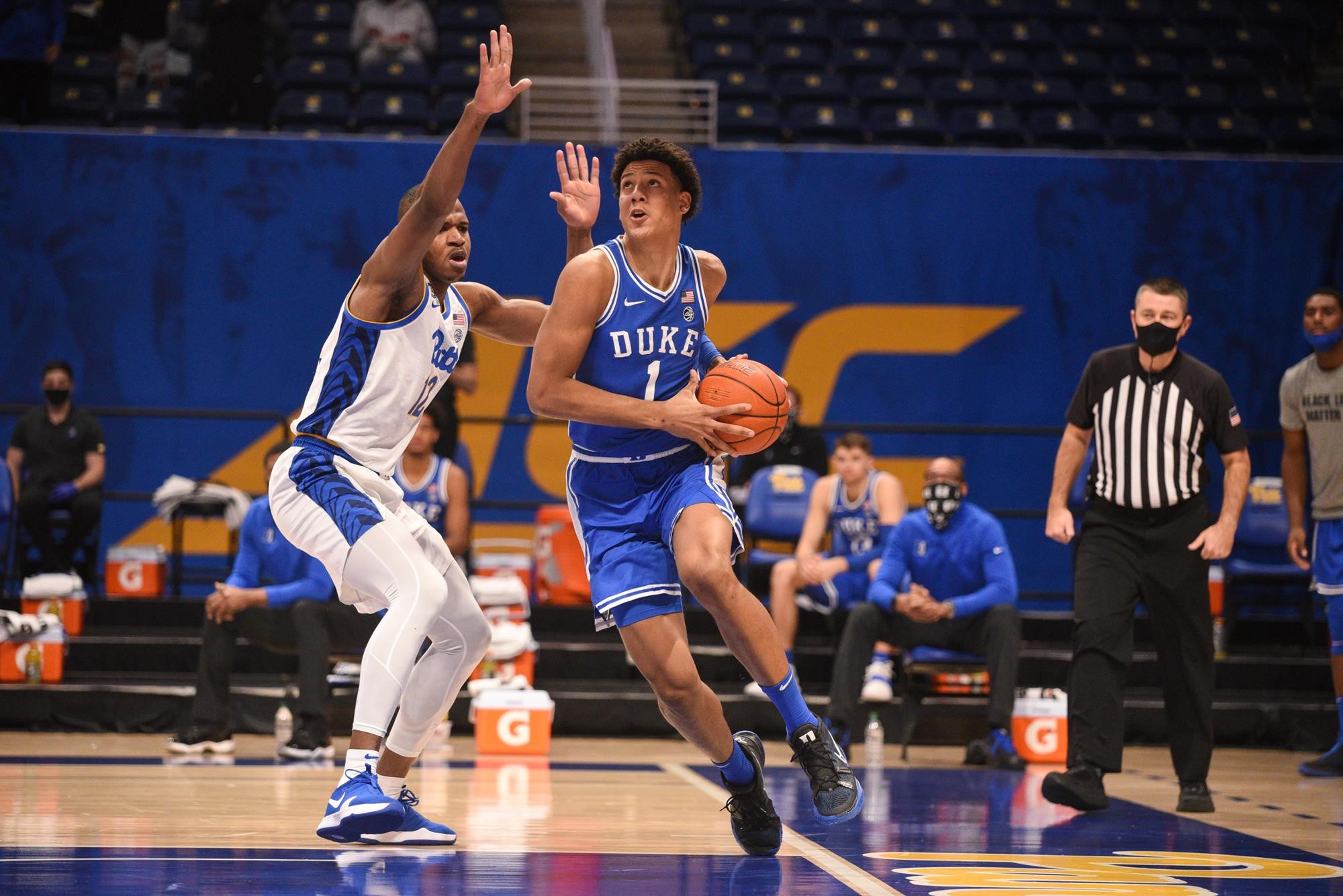 The days of Duke basketball sampling ACC teams like Hors d’oeuvres while awaiting the main menu against Virginia, North Carolina and an upstart or two, depending on the season, appears to be an old menu.

Pitt (8-2, 4-1 ACC) used an 8-0 run to start the game and a 14-0 run just before the end of the first half to provide 43-34 halftime lead and enough cushion to hold off Duke’s comeback. Justin Champagnie posted a double-double of 31 points and 14 rebounds to lead coach Jeff Capel’s team in his third year of taking over the program.

“Jeff team is very good, and they probably have a player of the year in the conference in Champagnie,” Krzyzewski said. “He’s terrific. He and (Au’Diese) Toney give them that toughness and experience that other guys can build off of.

The most encouraging sign was the return of freshman forward Jalen Johnson scoring 24 points with 15 rebounds and seven assists. He came off the bench to play 33 minutes in his second game since suffering a foot injury that sidelined him a month that spanned only three games. In his first game back, the loss a week ago at Virginia Tech, he had practiced only once and was limited to four minutes.

“It’s been good getting back,” said Johnson, a 6-foot-9, 220-pound 5-star recruit named to the ACC preseason team. “Tonight, was a tough loss, of course. I’m not worried about the production. My production is doing whatever it takes to help us win. Clearly, we’ve just got to do more as a team.”

Wendell Moore also came off the bench and scored 15 points after struggling offensively in the Virginia Tech loss. Matthew Hurt scored 13 and Jeremy Roach 11, but struggled with their shots. Hurt was 5-of-13 and 5-of-16. As a team Duke was only 8-of-28 (28.6 percent) from three-point range. In the first half, Hurt had only four points and one rebound in 14 minuts.

“Jalen had a magnificent game, and he’s just started to be with us,” Krzyzewski said. “If he comes close to doing that every game, then that’s something that we can count on every game. You’re not necessarily going to get 24 and 16, and seven assists and no turnovers, but somebody who can create and manufacturer shots.

“He did well and Matt has got to play better. You know, he had a horrible first half. Then Wendell played well, now he’s got to play well again. For us to figure out a team, there has to be some level of consistency of performance by all the kids so you can define roles.”

Capel, a former Duke player and assistant under Coach K, was the first former assistant to beat his mentor.

“Big time win for us, really proud of our guys” he said. “In order to beat that team, we had to fight for forty minutes. We were able to sustain a lead throughout the game. Even when they made runs that we knew they were going to make, we were able to extend it every time they made a run. Obviously an amazing effort by Justin (Champagine).”

Coach Cut on Coach K influencing his success at Duke