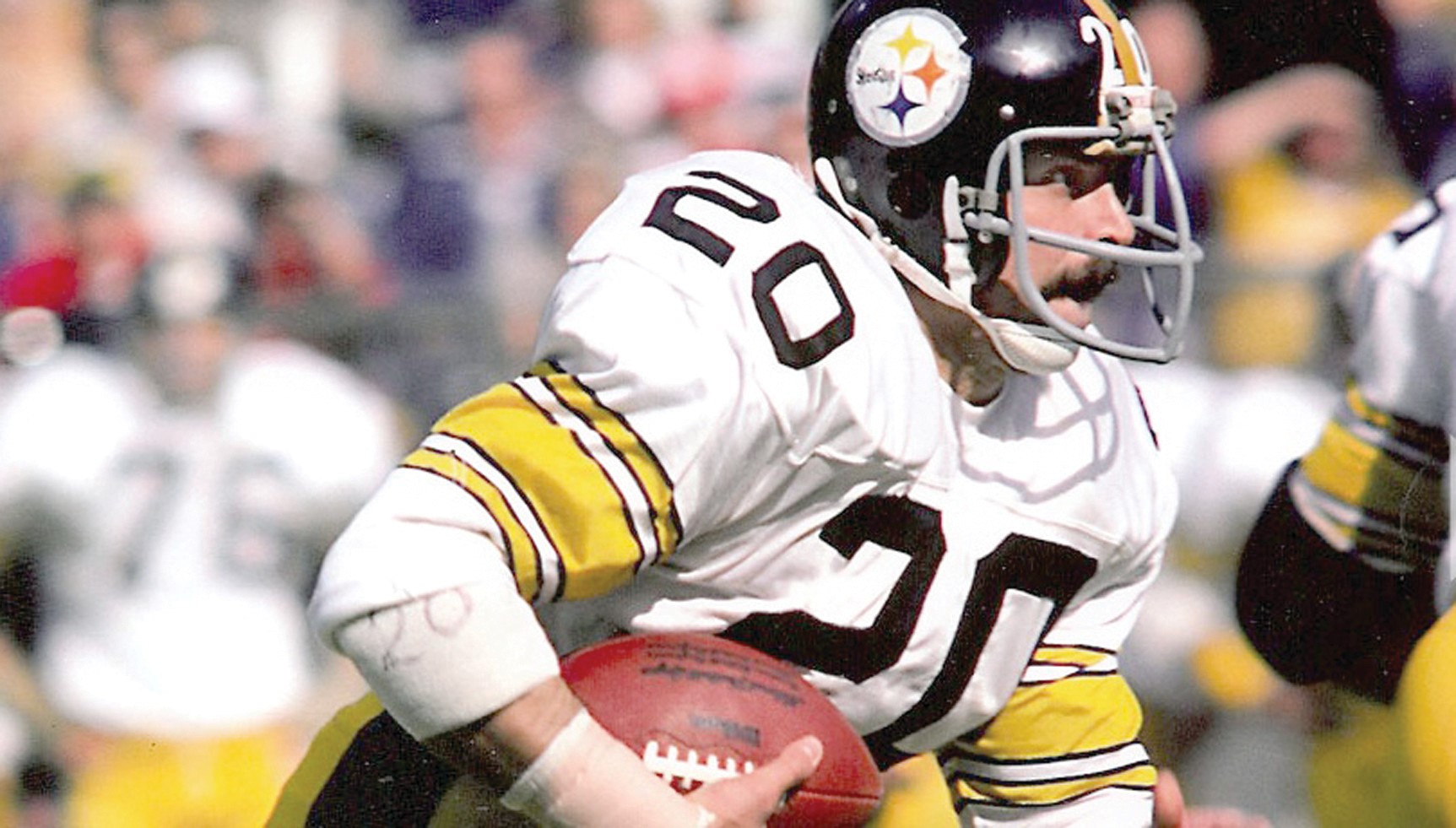 Rocky Bleier stood atop the college football world in 1966 as a national champion running back at Notre Dame.

The Irish were voted No. 1 over No. 2 Michigan State after the teams met in their 1966 Game of the Century, playing to a controversial 10-10 tie. The Associated Press (writers) and United Press (coaches, now USA Today) favored Notre Dame in the contentious era of polls naming national champions, but the National Football Foundation named the 9-0-1 teams national co-champions.

“The biggest thing looking back on that game has been its legs,” said Bleier upon the 50th anniversary renewal, this time played Saturday night at Notre Dame Stadium. “There wasn’t a definitive answer for who was No. 1. People have reasons Michigan State was No. 1. That has kept the game in the forefront of minds after 10, 20 and now 50 years. It’s still a game of discussion.

“What that game accomplished was longevity. Can you tell me who the national champion was five or 10 years ago? The majority of people can’t.”

The kid that grew up over his father’s bar in Appleton, Wisconsin, received his draft notice, Dec. 4, 1968. There were still two games remaining of the 10 he played as a rookie in a backup and on special teams.

“My name fell through the cracks,” he said, referring to draft boards selecting names prior to the nation instituting a draft lottery and then an all-volunteer military. “I was playing pro football but that didn’t change anything. I wasn’t proactive in taking care of things with the draft board. Later I read about guys making the Packers and signing up for the reserves.”

He was sent to Vietnam five months later, May, 1969. On Aug. 20, his platoon was ambushed in rice paddy. Bleier was shot in the thigh. Then a grenade exploded, wounding him in the right leg and foot. He lost part of his foot, which led to a long comeback trail if he wanted to resume his NFL career. He was awarded a Purple Heart and Bronze Star.

Beloved Steelers owner Art Rooney kept Bleier on injured reserve in 1970, although doctors had said Bleier might never play again. Bleier defied the odds, making a roster increasingly deep in talent as a backup in 1971, 1972 and 1973. He broke into the starting lineup for seven of 12 games in the 1974 Super Bowl season.

His role was blocking for Franco Harris, a Pro Football Hall of Famer, but he compiled 1,036-yard season on 220 carries in 1976.

Bleier’s place in history at Notre Dame, especially as part of a monumental game, was enough for most athletes. But his Vietnam experience as a military hero and then his Super Bowl stardom elevated him to a level of celebrity. His book, “Fighting Back: The Rocky Bleier Story,” was made into a 1980 TV movie, starring Robert Urich as Bleier.

Although post-college fame reduced his Notre Dame career to a footnote in the minds of most fans, he’s remains an iconic at Notre Dame figure. In addition to his 1966 place in history he was a 1967 Irish team captain.

In that 1966 season, Bleier shared the backfield with All-American fullback Nick Eddy, who was third in the Heisman Trophy voting to winner Steve Spurrier of Florida and Bob Griese of Purdue. In the era of two backs sharing carries, Bleier found himself both blocking and toting the ball against Michigan State’s two College Football Hall of Famers, defensive end Bubba Smith and rover/linebacker George Webster.

Smith was ahead of his time as a 6-foot-8, 285-pounder with the speed of running backs. Webster (6-5, 230) had linebacker size and safety speed that led to using his talents in a hybrid position.

“We tried to run off-tackle plays against Bubba, and you tried to block him at the knees – it was legal at the time – but he’d put his hand down and ward you off,” Bleier said. “So, we ran an inside trap on Bubba. I had some success on that play out of the I formation, but George hit me in the third quarter.”

“I felt it right away. I thought, ‘Oh, that’s going to hurt later on.’ After the game I was peeing blood. He put me in the hospital with a lacerated kidney. George was a monster. He was so big and quick.”

Bleier was a 16th-round pick in 1968, which placed him among 42 draft picks and 33 pros from the two combined lineups of 1966 seniors, juniors and sophomores (freshmen were ineligible until 1972). Four of the top eight picks were Michigan State players, Smith, first; Clint Jones, second; Webster, fifth; and Gene Washington. Notre Dame’s three first-rounders were Paul Seiler, 12th; Alan Page, 15th; and Tom Regner, 23rd.

But that didn’t mean much at boot camp or fighting in a rice paddy.

“Once I got drafted and went to basic training, nobody really knew who I was,” Bleier said. “Nobody watched the Steelers back then. If I was Bubba Smith, they might have known, but nobody put 2 and 2 together. We were all in the same boat.”

But he remains unique for the Game of the Century and four Super Bowl celebrations.

Looking back at Coach K and the early lesson